Carrie Cohen opens practice of law to women around the world 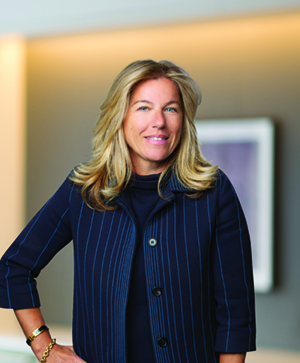 Carrie Cohen credits one particular experience for changing the course of her career.

The Great Neck, New York, native graduated from Cornell University in 1989 and decided to defer law school for a year so she could work as a paralegal at what is now Vladeck, Raskin & Clark in New York City. Learning from trailblazing labor lawyer Judith Vladeck and her daughter, Anne, had a profound impact on Cohen.

“They represented unions, and then Mrs. Vladeck had a specialty representing women in employment discrimination, sexual harassment and sort of #MeToo issues before that term ever existed,” Cohen says. “Mrs. Vladeck was an unbelievable attorney, unbelievable mentor and brilliant in every way.

“I ended up going to law school to do women’s rights litigation and civil rights work, and it was very much because of the influence the Vladecks had on me.”

Cohen continued to work with the Vladecks, becoming an associate in their firm after she graduated from the University of Pennsylvania Carey Law School in 1993. She moved to the New York City office of Morrison & Foerster in 1998, and shortly afterward, she was recruited to serve as an assistant attorney general in the Civil Rights Bureau of the New York State Attorney General’s Office.

Later, even as Cohen worked as the chief of the Public Integrity Unit in the office’s Criminal Division and then as an assistant U.S. attorney in the Southern District of New York’s Criminal Division, she remained committed to ensuring the success of women around her.

“As a mother of four, I remain passionate about mentoring women lawyers on all levels and work tirelessly on issues that adversely impact gender equality and diversity in the legal profession,” says Cohen, now a partner at Morrison & Foerster and co-chair of its Women’s Strategy Committee. “One of my core values is to consistently promote the importance of sponsorship, mentorship and allyship.

“These concepts involve using your position of power to make sure that others receive the credit they deserve and are able to achieve their goals and advance within their profession.”

‘When there are nine’

On Sept. 18, 2020, the day U.S. Supreme Court Justice Ruth Bader Ginsburg died, Cohen and other alumnae from the U.S. Attorney’s Office for the Southern District of New York began emailing each other stories about how she impacted their lives.

“There was some connection there with how she trailblazed the way for so many of us—the example she set, her amazing work ethic, just everything about her,” Cohen says. “There was this overwhelming grief that we were all experiencing. Because this is a group of women who can do anything and do everything, we turned that grief and said, ‘What can we do?’”

Rebecca Monck Ricigliano, a partner in Crowell & Moring’s New York City office, suggested they honor Ginsburg’s legacy by creating a scholarship program for women who want to become lawyers. Ricigliano says Cohen, who she describes as a “force of nature,” was one of the first to respond and took a lead role on the project.

“It was a critical piece of our success,” Ricigliano says. “I don’t think we would be where we are today without that foundation alignment. She worked very closely with them, sold them on the concept and was just a key driver of that effort.

“She really embraces the idea of sharing the wealth of the network that she has to help other women and has really gotten behind this project in a remarkable way.”

Cohen and her colleagues created a steering committee, wrote a mission statement and began soliciting donations from other SDNY alumni. They named the new initiative the When There Are Nine Scholarship Project in honor of Ginsburg’s response when asked when there would be enough women on the Supreme Court.

In September, the group selected four first-year law students who embodied “the spirit reflected by Justice Ginsburg’s achievements in the face of adversity.” Each student received a $10,000 stipend and access to new mentors who will provide career guidance and advancement opportunities.

The money “hopefully will allow them to take on less debt,” Cohen says. “But equally important is introducing these four women law students, future leaders of the bar, to this incredible network of wildly accomplished former Southern District prosecutors who are doing so many amazing things in so many different areas.”

She adds that the project plans to announce its next scholarship recipients this summer.

Cohen—who lives in New York City with her husband, four kids and their Cavalier King Charles Spaniel puppy—has also worked to improve opportunities for hundreds of female lawyers in other countries.

In 2006, she served as chair of the New York City Bar Association’s Committee on Women in the Profession and was one of the primary drafters of a report on best practices for advancing female attorneys. The next year, she traveled to Argentina with the executive director of the bar association’s Cyrus R. Vance Center for International Justice, where she presented the report’s recommendations at a conference that was attended by women from across the region.

“This was about 15 years ago,” Cohen says. “They didn’t have open discussions and reports and thinking about diversity and inclusion, especially on women. So this best practices report was what they had all been thinking privately, but they had never shared with each other.”

Cohen felt inspired by the trip and helped the Vance Center create its Women in the Profession Program. She presented the report at conferences in other Latin American countries, including Peru, Brazil, Colombia and Chile. She also worked with attorneys in each country to set up their own WIP chapters.

According to the Vance Center, there are now 19 chapters in Latin America that aim to enhance diversity and inclusion in the legal profession.

“I’ve gotten to meet so many different women lawyers in so many different countries whose practice areas are very different from mine, but we have so much common ground,” says Cohen, who is also a longtime ABA member. “It’s made such a great difference in the ability of women attorneys to advance in Latin America. It’s really become a movement.”

Cohen continues to lead the WIP program with Antonia Stolper, a member of the Vance Center’s executive subcommittee and of counsel in Shearman & Sterling’s New York City office. Stolper agrees that their work has been “revolutionary,” adding that Cohen is now helping to create new chapters in Africa.

“She’s a role model for the next generation and does it with enormously good humor,” Stolper says. “I think one of the reasons WIP has been so successful in Latin America is because we at the Vance Center, we went and did this. We put our time in. We showed up. We sat on panels. We talked to associates. We just did it.

“And that’s so much Carrie’s ethos. You don’t tell other people to do it— you do it.”

This story was originally published in the June/July 2022 issue of the ABA Journal under the headline: “Making Her Way: Carrie Cohen opens practice of law to women around the world.”