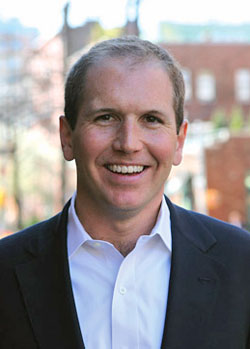 Major sports figures come to mind as newsman Paul Sullivan talks about the qualities that distinguish those who succeed under extreme pressure in his appropriately titled book, Clutch. There are five key characteristics of clutch players, Sullivan writes: focus, discipline, adaptability, being present in the moment, and being driven by the push and pull of fear and desire.

Sullivan discusses these traits of several high-profile leaders, including JPMorgan Chase’s Jamie Dimon and Sgt. Willie Copeland, a hero in Iraq. But Sullivan’s first chapter discusses the role of focus, and he points to one of the best litigators in the country, David Boies.

That choice helps underline his argument that these five qualities are found in top performers in virtually every line of work.

During a clutch performance over a decade ago, for instance, Boies deposed an arrogant, obnoxious Bill Gates, reducing Microsoft’s founder to a nervous, shell-shocked mumbler. By the time Boies was done, Gates was destroyed as a potential witness in a government anti trust case against Micro soft over the Internet Explorer browser used in its Windows operating system.

Throughout every case Boies tries, he focuses on the litigation as a morality play. He determines the facts and the basic principles of law that apply and develops a theme that resonates around them to give the jury or judge a compelling reason to decide in favor of his client.

With Gates, the morality play Boies constructed was about credibility, Sullivan explains in the book. To focus on technology might have permitted the case to turn on a software developer’s persuasive explanation to an unsophisticated trier of fact, the book notes. But by calling into question the honesty and stability of the witness, Boies made it easy for the judge and jury to doubt anything Gates might say on the stand. And Boies focused on credibility in various ways throughout the deposition.

“They came in saying, ‘I know more than you do.’ True,” says Boies in Clutch. “But if I can’t believe you, it doesn’t matter. It was very important from day one of the Microsoft case to attack their credibility.”

Sullivan, who writes a column about wealth for the New York Times, says, “What fascinated me about Boies is this incredible range he had as a litigator. And I wanted to know how you could do U.S. v. Microsoft one day, Bush v. Gore the next.”

Last year Boies made headlines in his appeal of California’s Proposition 8, revoking same-sex marriage rights. Then he began representing Jamie McCourt in a divorce case against her estranged husband, Frank, that determined they both hold title to the Los Angeles Dodgers baseball team.

“It was that range more than anything else that said, ‘This is the guy I really want to talk to,’ ” explains Sullivan. So for months he worked to persuade the Armonk, N.Y.-based chief of Boies, Schiller & Flexner to sit down and talk about his cases.

Another trial Sullivan discusses in his book pitted Boies against another superstar lawyer, Ted Wells, who co-chairs the litigation department at Paul, Weiss, Rifkind, Wharton & Garrison in New York City.

Boies seemingly had the harder case to argue. He had to persuade a New York jury—at a time when the world economy was shuddering in the midst of the financial crisis—that former American International Group chief executive Hank Greenberg had a right to take what amounted to a massive bonus from a related company he effectively controlled.

After the well-dressed Wells promised in his opening statement not to bore the jury, Boies stood up, Sullivan writes, looking like a fifth-grade social studies teacher, and just started talking to the jury as if it was an ordinary conversation. Boies did not attempt to promise that the trial would be interesting. To the contrary, he admitted it would at times be boring; but he urged jurors to stick with him as he discussed the case.

“What struck me,” Sullivan says, “was his honesty” and how well Boies managed the jury’s expectations of the case. The jury later found Greenberg had a right to walk away from his longtime job at AIG with $4.2 billion.

After the verdict, as he talked with Sullivan about the AIG case, Boies imagined how he might have argued the other side’s case if he had been Wells.

First, Boies said, he would have congratulated Greenberg on his successful work, philanthropy and military service in World War II. And he would have told the jury that Greenberg was a hero. But the $4.2 billion he got from AIG had been put in trust and hence wasn’t Greenberg’s to take, Boies would have argued.

“Once you’ve put it in trust,” Boies said, “you’ve given your word and given up your rights to take it away. This is just a question of saying, ‘Mr. Greenberg, like everyone else, has got to keep his word.’ ”