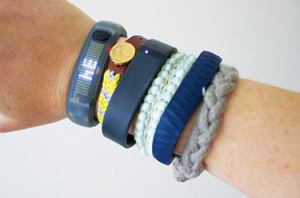 What's one (and possibly the only) thing your mother, your spouse and you might have in common? You might all be sporting wearable technology around your wrists, recording everything from your heart rate to sleep cycles.

On an individual level, that information could suggest that you take the stairs instead of the elevator. But on the aggregate level, it is a treasure trove of information, says San Jose, California, lawyer Neda Shakoori, who oversees the e-discovery practice at McManis Faulkner.

Simon J. Muller, a lawyer in Calgary, Canada, is in the process of trying to get that treasure trove entered into evidence in a personal injury case that may go to trial within the year. The case centers around a woman who claims her activity levels were significantly reduced as a result of an accident. Muller hopes to use data from her wearable to show the reduction in her activity. "The data has not yet been tested in court reliability," Muller says, "but I think there is great probative value."

Experts say that data from wearable technology will soon come to U.S. courtrooms. It may be inevitable, but Shakoori sees several issues of concern—one of which is the reliability of the data. On some devices you can binge-watch Orange Is the New Black while seated and, if you wave your arms, your device may log it as physical activity. Even when the devices work as intended, people forget to charge, sync or even wear them.

Because of the reliability issues, she doesn't expect data from wearables to stand on its own; but it might corroborate testimony from an expert witness, such as a physician.

A host of privacy and ownership-of-data concerns may arise as well. Shakoori points out that there are currently no HIPAA regulations connected to these devices, but as they are linked to more specialized health data, it could be a slippery slope.

And, of course, if plaintiffs attorneys present the data, it leaves their clients open to cross-examination, or gives defense counsel reason to seek their own such data. "It is true for any information that it is a double-edged sword. If you wish to rely on this information to prove a case, it can be used to disprove [one]," Muller says. "But for the vast majority of my clients, the objective is to find a reliable way to confirm what they say. There is possible data here to mine."

This article originally appeared in the April 2015 issue of the ABA Journal with this headline: "What Everyone Is Wearing: Data from wearable devices is being eyed as evidence in the courtroom."