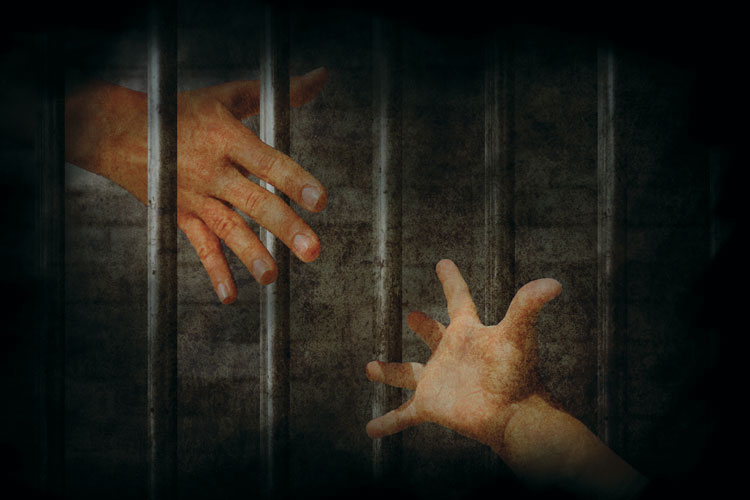 As Benjel Brown, 38, walked around an Oklahoma Walmart with her younger brother and his girlfriend on an April day in 2017, she discovered her brother had a drug kit with syringes in his back pocket. She asked him to give it to her.

A recovering addict herself, Brown placed the drug kit in her purse, intending to get rid of it once they left the store. At the self-checkout station, Brown was scanning a sippy cup when her brother’s girlfriend attempted to take a baby blanket and baby shoes without paying. Brown was unaware.

A security guard noticed, however, and the trio was stopped for suspicion of shoplifting—all three tried to leave the store. The guard led them to a room where they had to empty their bags and pockets. During the search, the guard found the drug kit in Brown’s bag: It contained a dose of methamphetamine.

Even though Brown claimed she had paid for her items and her brother explained the kit was his, she was charged with shoplifting and possession of methamphetamine—a felony in Oklahoma at the time—and taken to jail. Her brother’s girlfriend was not arrested but given a ticket for shoplifting.

Brown says regardless of her explanation, police stuck with the drug charge. “I thought no one was going to believe me because I have prior convictions,” she says.

She spent a sleepless night in jail, not knowing whether her husband would be able to get her out and wondering how she’d pay for an attorney. But when she went home with her husband the next day after posting bail, Brown noticed a card in front of the door. The card was from Still She Rises, a holistic public defender organization in Tulsa that represents women with legal needs who can’t afford counsel. This was no coincidence. The group constantly tracks the jail website, available to the public, to find potential clients in need.

Kristina Saleh, an attorney and program director at Still She Rises, had learned about Brown’s situation and personally visited her house to drop off the card, offering to help.

Brown remained skeptical of the unfamiliar organization when she picked up the card, but she thought she had no other choice—so she decided to call the number. After the organization took on her case, she found support. “They believed in the system when I didn’t,” she says. Today, Brown calls that card a blessing.

Some research shows that Oklahoma incarcerates more women per capita than any other state in the nation—149 per 100,000 women in 2016. This is more than double the national average for that year, which was 57 per 100,000, and significantly higher than other states such as Missouri (107 per 100,000) and Texas (92 per 100,000). Oklahoma held its position—first place in female incarceration—for more than 25 years, according to the Oklahoma Department of Corrections.

Still She Rises seeks to address this high rate of criminalization and incarceration of women in Oklahoma, focusing on helping indigent mothers in northern Tulsa, a historically impoverished and underresourced community. Still She Rises began taking clients in January 2017 as the first pro bono law office in the country specifically dedicated to representing mothers involved in the criminal justice system.

Still She Rises is a project of the Bronx Defenders, a New York City holistic public defender organization that opened in 1997. It adopted the Bronx Defenders’ model, addressing the underlying issues that play a role in bringing clients to the justice system. “We don’t look at clients as just a case; we look at our clients as humans with needs,” says Ruth Hamilton, legal director of Still She Rises.

Robin Steinberg, executive director and founder of the Bronx Defenders and Still She Rises, implemented the holistic defense model with Still She Rises to address the challenges women face in north Tulsa because of a lack of access to food, health care and other basic needs, along with poor transportation options. Many women are the main caretakers of their children, which is why Steinberg decided to focus on helping indigent mothers such as Brown.

“Women are the fastest-growing population in jails and prisons in America,” Steinberg says. “They have been for decades now. Most public defender systems aren’t really looking uniquely at women’s experiences in the criminal legal system because they’re still a smaller percentage than men. Sometimes the public defender community unintentionally overlooks the differences in consequences for women and for children.”

Steinberg brought a management team of five attorneys and one social worker from the Bronx Defenders to Oklahoma to help start Still She Rises, but local members soon joined the team. Now with more than a dozen full-time attorneys, social workers and client advocates working together, the organization has worked with about 300 clients on more than 600 cases, with the founding group from New York still on the team. A majority of the women are charged with nonviolent offenses, such as drug possession, theft, forging checks and failure to pay fines and fees. Many are faced with a combination of these charges.

“It begs the question: Is really the response to these kinds of things to handcuff moms and put them in jail, removing them from their families and destroying their communities?” Steinberg says.

This article was published in the October 2018 ABA Journal magazine with the title "Defending Mothers."