Does Connecticut Hate the Net?

If Connecticut is trying to throttle Internet legal services—a claim Louis Pepe of the Connecticut Bar Association calls “very unfair”—the result so far is a step back, but not a step away.

In January, the state’s grievance committee dismissed an ethics complaint brought by Connecticut attorney Zenas Zelotes against five lawyers who use the online website Total Attorneys. Still pending, however, is an investigation by the state’s Department of Consumer Protection, prompted by a referral from the state bar, into websites like LegalZoom that sell legal forms to consumers.

Zelotes filed complaints against lawyers using Total Attorneys in 47 states; the majority of them are still pending.

Though the Connecticut Statewide Grievance Committee exonerated the lawyers using Total Attorneys, its Feb. 8 opinion seemingly reaches that conclusion reluctantly. Committee members expressed “some concern about the exclusive nature of the [Total Attorneys] arrangement and its potential effect on consumers of legal services.” They also noted that Total Attorneys appears to have created its website in a way that complies with ethical rules “with very little margin for error; on slightly different facts, we may well have concluded that a prima facie case of ethical violations had been established.”

The regime Zelotes rails against is a permissible group advertising network, not an improper referral service, counters Kevin Chern, a lawyer and president of Chicago-based Total Attorneys.

The company offers services in bankruptcy, personal injury, driving under the influence and criminal defense. Once a consumer enters personal information, the data is passed on to the lawyer who has paid for the right to contacts in that consumer’s ZIP code. Lawyers pay $70 to $105 per contact name depending on the practice area. 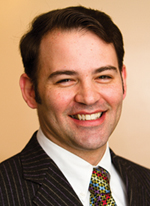 “Ethics rules generally prohibit payment to nonlawyers for refer? ring a case to a lawyer,” explains Michael Downey, a partner at Hinshaw & Culbertson in St. Louis who advises lawyers on ethics. “But they do allow payment of ordinary advertising costs.”

And sharing advertising costs is what Total Attorneys’ members are doing, contends Chern. “We’re not a referral service. We never recommend the lawyer. We offer group advertising. All we’re doing is providing free information to the con sumer; and to the extent the consumer wants to speak to the attorney, we’re making that available. It’s the same as if the lawyer put an ad in the phone book.”

Zelotes doesn’t buy it. “If it’s permissible for attorneys to purchase leads from Total Attorneys, the implicit message is that it’s permissible for any lay entity to sell leads,” he argues. “Ambulance drivers and social workers will realize the fair market value of those who need legal assistance, and I could see them seeking to [sell] that information.” 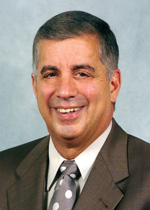 An Arizona case was dropped in favor of a joint advisory opinion to be submitted by bar counsel and defense counsel. In Idaho, Zelotes filed a request for reconsideration, which in early March was still under review.

But Total Attorneys has felt the strain of the fight. “We’ve spent over $1 million in legal expenses, not to mention all the lost business from people who didn’t want to do business with us until this was vetted,” Chern says. “We’ve paid for the legal representation of every one of our customers in 47 states. We haven’t hung them out to dry. Although we’re proud of this result because we worked very hard for it, there’s a lot of work ahead of us.”

On that, Chern and Zelotes agree. “My personal efforts now move to federal court,” Zelotes says. “I’ll be arguing the respondent violated the state criminal statute when he agreed to pay a referral fee to Total Attorneys for channeling professional work to him. I’ll also throw in a bankruptcy code violation.

“This is the metaphorical Gettysburg. Total Attorneys can have the first string of short-lived victories. If we prevail in federal court, it’s a game-changer.”

Also targeted in Connecticut are forms-based consumer sites like LegalZoom.

“We concluded that what we saw on the websites of several Internet providers did constitute the unauthorized practice of law,” explains Pepe, a partner at Pepe & Hazard in Hartford who in 2009 chaired the nine-member CBA Task Force on the Unauthorized Practice of Law by Internet Providers. “They were providing legal services through the website for purchase by consumers and weren’t licensed to practice law in the state, nor were any of their principals. There wasn’t any effort to channel the product through licensed attorneys in the state.”

The CBA referred the matter to Jerry Farrell, a lawyer and the state’s consumer protection commissioner, who expects to issue an opinion this spring. But in this case, Connecticut has an ally. A class action suit filed in Cole County, Mo., charges that LegalZoom violated state UPL law by charging for preparation of legal documents.

Asked about the Missouri filing, Pepe says, “Those of us who are concerned about the unauthorized practice of law on the Internet will be watching the progress of this litigation with great interest.”

“LegalZoom is aware of the Missouri lawsuit and is confident we have not violated any laws,” says Brian Liu, a lawyer and the company’s co-founder and chairman. “Class actions of this nature are common tactics of plaintiffs attorneys. … LegalZoom has an internal UPL compliance team and we regularly engage outside counsel regarding our business practices.”

In fact, Liu notes, the North Carolina bar, which is mentioned prominently in the Missouri suit for sending a cease-and-desist letter in 2008, has apparently backed off. “Soon after receiving that letter of caution,” Liu says,“LegalZoom provided a thoughtful response and has not heard from the North Carolina state bar association since that time.”

“The question,” says Jim Bolan, a partner at Brecher Wyner Simons Fox & Bolan in Newton, Mass., who specializes in attorney ethics, “is whether you’re just providing people with forms or whether folks believe you’re giving them legal advice about not just the creation of the forms but how the forms affect things like accounting and liability issues. That’s a scope of service problem, and I don’t think there’s any clear resolution because it’s very difficult to define the practice of law.”

Andrew Perlman, a law professor at Suffolk University in Boston, agrees such sites raise UPL issues, but he’s also wary of lawyers circling the wagons to protect their business. “I’m much more skeptical when the allegation is UPL because that’s an area where lawyers have tried to crack down on competition to keep people from providing legal services to those who can’t afford them.

“These skirmishes have taken place for decades,” Perlman says, “and now we’re seeing them taking on a new form. There’s nothing new regarding the battle. It’s just the battlefront that has changed.”