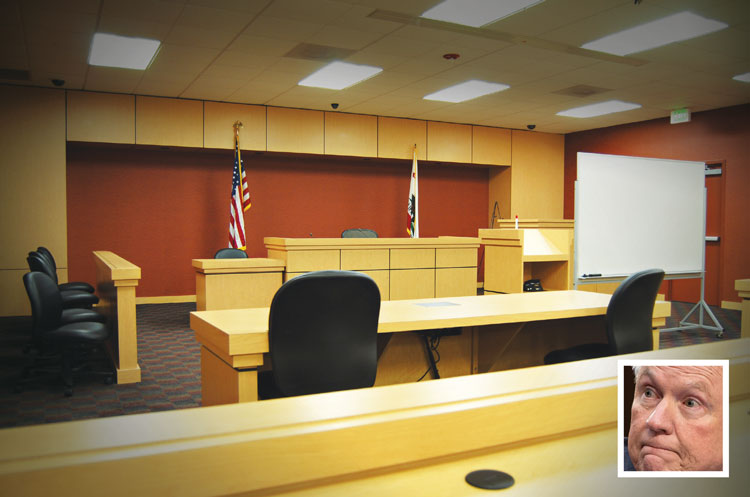 In December, U.S. Attorney General Jeff Sessions revoked Obama-era guidance warning local courts against engaging in the common practice of fining poor defendants in misdemeanor and civil infraction cases in order to boost revenue. These practices had been decried as unlawful moneymaking ventures that preyed on poor and minority residents.

Months earlier, the U.S. Commission on Civil Rights had recommended the Department of Justice continue to promote the guidance to local courts through what was known as the “Dear Colleague” letter. Catherine E. Lhamon, chair of the commission, calls Sessions’ decision devastating

“It’s just so wrongheaded,” she says, adding that, in making its recommendation, her commission found bipartisan recognition of the harms of what she calls “cash-register justice,” or jailing people for failure to pay fines and fees stemming from low-level offenses such as parking tickets.

The March 2016 letter was written after a 2015 Department of Justice report on its investigation into policing in Ferguson, Missouri, where the city was found to have “routinely issued arrest warrants … without any ability-to-pay determination”—in part to increase revenue. After the Ferguson report, the DOJ and the White House held a meeting on the connections between poverty and the criminal justice system. The letter, which offered seven “basic constitutional principles” to help courts “protect individuals’ rights,” followed soon after.

In his announcement rescinding the letter, Sessions said the materials were either “unnecessary, inconsistent with existing law or otherwise improper.”

But Lisa Foster, who co-authored the letter with Vanita Gupta, then the principal deputy assistant attorney general for civil rights, says the guidance was specifically requested at the Justice Department meeting by the very people who deal with fines and fees regularly—state and local judges, court administrators, lawmakers, prosecutors, defense attorneys and civil rights advocates.

According to Foster, who was director of the DOJ Office for Access to Justice when the letter was written, “We were asked [to provide clarity], so we did. Our point was to give them a tool that they could use with their own judiciaries.”

Practitioners who work on the issue say they are cautiously optimistic that reforms—begun as a result of the Ferguson investigation, the Dear Colleague letter, and a growing number of lawsuits challenging the unconstitutional use of fines and fees—will continue, even though the letter is no longer backed by Justice (or up on its website).

The National Center for State Courts, for instance, has a variety of resources dedicated to the topic. Foster is launching a new center devoted to ending the “unjust and harmful imposition and enforcement of fines and fees.” And several cities and states have entered into settlements to resolve related lawsuits or have passed legislation.

“Thankfully, Jeff Sessions can’t rewrite the Constitution,” says Gupta, now president and CEO of the Leadership Conference on Civil and Human Rights. “The legal framework that is articulated in that letter remains the law of the land.”

But she and many others still feel the rescissions dealt a blow. The Commission on Civil Rights called for Sessions to reinstate the letter. ABA President Hilarie Bass issued a statement asking the Justice Department to reconsider.

The rescission “certainly is not helpful to the cause of trying to bring an end finally to these practices,” says Blake Strode, executive director of ArchCity Defenders, a nonprofit civil rights law firm in St. Louis that published a 2014 white paper on the topic and continues to litigate on the issue. “Obviously we’re not counting on the Justice Department to do that.”

The letter “drew attention to an issue, it embarrassed a lot of state courts, but—in order to accomplish the radical changes we need in the American criminal system—that’s got to come from below,” he says. “That’s not the kind of thing the Department of Justice does for you.”

This article was published in the April 2018 issue of the ABA Journal with the title "DOJ Rescinds Guidance on Excessive Court Fines and Fees: Civil rights advocates see continued rollback of reforms."