For sale: your personal data 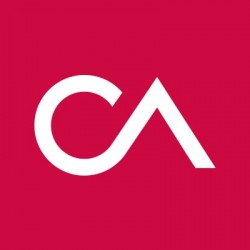 Some experts credit a little-known voter-data company based in London for President-elect Donald Trump’s election victory, with late-campaign efforts that used as many as 5,000 pieces of data for each American voter to identify millions who could be moved to vote for him.

Big data has become, as Trump would put it, big league. And privacy concerns are gaining traction.

The data crunchers at Cambridge Analytica, which supports conservative candidates, can better work their magic in the United States, where Trump’s campaign paid $250,000 for their services in August, adding another $5 million for a late-campaign push in September.

Compared to the European Union, where personal data has significant privacy protections, much more information about Americans is available to buy from data brokers—companies that gather information from public records, social media posts, online searches and purchases, and other footprints from life carried out increasingly on the internet.

The brokers crunch and categorize the data or sell it raw. It could show, for example, that someone recently visited an internist, searched the internet for information about diabetes and ordered prescription drugs from Canada. Some businesses, institutions or agencies might find that useful.

While laws and regulation in the United States are more hands-off concerning the flow of personal information, some changes are underway. In October, the Federal Communications Commission approved sweeping new privacy rules for broadband providers, such as AT&T, Comcast and Verizon. Those providers won’t be able to use or share with third parties a person’s personal data—which can be used for personalized advertising—without permission. It had been up to individual consumers to ask that it not be done.

The following week, the Center on Privacy and Technology at Georgetown University Law Center issued a report on the fast-growing use of facial recognition technology by law enforcement agencies, noting that more than 117 million Americans (about half of all adults) are in those databases. Several big-city police departments are using or exploring the possibility of using real-time face-recognition surveillance cameras.

Law professor Frank Pasquale at the University of Maryland says that with the rise of search engines and data brokers and the real-time scoring they generate, “tech-enabled glasses like Snapchat Spectacles or Google Glass could use facial recognition tech to instantly estimate, for anyone you meet, what your income, sexual orientation, political party or credit score is.”

Law and policy still haven’t worked out the fast-emerging impact of the mosaic of new technologies. Thus, the broadband companies complain that the new FCC rules put them at a disadvantage with the likes of Facebook and Google, which are regulated by the Federal Trade Commission, as are the data brokers.

This and other legal distinctions likely will be thrashed out more in the coming years as privacy races to catch up with technology.

“Our law’s approach to privacy has been playing a game of whack-a-mole with technology and with, at best, mixed results,” says Ronald Krotoszynski, a professor at the University of Alabama School of Law and author of Privacy Revisited: A Global Perspective on the Right to Be Left Alone.

He provides an example: The U.S. Supreme Court in the 2012 decision U.S. v. Jones said police must have a warrant to plant a GPS tracking device on a car. But with still and video traffic cameras and license plate readers installed in many police cars, it’s easy to get around that Fourth Amendment zone of protected privacy.

“If the Supreme Court does not rethink privacy principles with the effects of technology in mind, we simply won’t have any,” Krotoszynski says.

Cover Story: Erasing the News: Should some stories be forgotten?