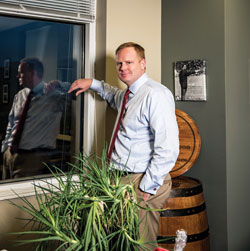 Everyone loves to win awards—which is why so many have been created to provide the recognition attorneys believe they deserve. Unfortunately, awards, rankings and "best of" lists have achieved such a critical mass that some of the pros responsible for touting their attorney recipients have begun to question whether they are the equivalent of all-inclusive soccer trophies for 12-year-olds.


Joshua Peck, president of the Law Firm Media Professionals trade group, says marketers are beginning to talk about the issue.

"The subject has come up before because of discussions where colleagues were seeking sympathy because they were being asked to spend a great deal of time responding to 'best lawyers' surveys," says Peck, who is senior media relations manager at Duane Morris in Philadelphia.

"The private discussions evolved into a public forum at the October LFMP meeting," he says. "It was surprising; there was a consensus that we should not just talk about the problem, but that we should form a committee that looks at these things and looks at their value. The purpose of the committee would be to look at them without prejudice and figure out which ones may or may not be a waste of time."

How many best-lawyer lists are there? The number in circulation nationally and internationally, according to the Jaffe PR website, is more than 1,200. They range from Law360 to Chambers, ALM Media to U.S. News & World Report, and Fortune's "40 under 40" series to Super Lawyers' Rising Stars.

"It's not uncommon for marketers to receive two or three survey requests a week," Peck says. "They're multiplying like bunny rabbits."

Peck says if a best-of list was vetted by media professionals in advance, "it would allow us to go back to management and say this has been examined by the industry and may not be the best use of time for our media or marketing group."

Why not politely turn down the opportunity? "Generally, it's not within the scope of the media people to say no," Peck explains. "If there is a list of the best that refers to a lawyer's specialty or region, they want to be on it."

"It's a justifiable argument that being thought of as prestigious leads to client development, more business and more partners, but are these activities the best way to achieve those goals?" he asks. "I'd say the growing sense is that, no, they aren't the best."

"Some lists you simply buy your way onto," he adds. "So it's intermingled—you write a check, supposedly not to get on the list but to help underwrite costs—but if you don't write a check, they're not going to put you on the list."

Peck has no illusions that whatever rating system for best-of lists his committee will come up with will gain immediate acceptance. "What we're trying to do," he says, "is change the conversation."

Peck hopes the LFMP survey committee will issue a report on its findings by the end of this year.

Guy Alvarez, founder of the social/business website Good2bSocial, recently penned "A Legal Marketer's Plea for Change," a fictitious "I quit" letter that he says reflects the "steady stream of complaints" by chief marketing officers at some of the top law firms about how slowly those firms respond to current market conditions.

An excerpt: "I have been asking—no, pleading—for change, but it has been all for naught. ... Instead of focusing on what our clients need, you ask me to send letters to reporters to make sure they know you have been elected to the 2014 edition of Super Lawyers as the top practitioner in your field. ... It makes no difference that I told you that at the recent Legal Marketing Association's GC Forum, all three of the panelists [general counsel] indicated that they paid absolutely no attention to lawyer or law firm rankings and awards."

The LFMP initiative has generated a positive response.

"As a general matter, the surveys are considered a chore by media professionals," says Adam Severson, president of the Legal Marketing Association and chief marketing officer at Baker Donelson in Nashville, Tennessee. "I applaud Joshua's initiative to evaluate the efficiency of these tools. There has been a lack of return on investment demonstrated on the benefits of the rankings, particularly spending money in sponsoring or advertising."

"There are just so many of them," Severson says. "Many are not clear about the credentialing process and what's involved in the evaluation—could be popularity contests—but in other places there's a thorough and vetted research process and interviews with competing firms."

"The challenge is there are so many of them and it takes time to manage them around other deadlines," notes Timothy Corcoran of the Corcoran Consulting Group in Lawrenceville, New Jersey, and 2014 president of the LMA. Some, he says, employ a rigorous process that takes months while others are "happy to take your info from the phone book."

Corcoran says firms ultimately will choose to participate in the surveys that work for them. "In any marketing ecosystem, you can select which ones meet your needs," he says. "The challenge I have is with marketers who say [surveys] are bad ideas—we should get rid of them. It's possible that Joshua and his peers have enough leverage to get the key players to take notice, to collaborate to find another way."


This article originally appeared in the March 2015 issue of the ABA Journal with this headline: “Are Lawyer Lists Just a Vanity Fair? Proliferation of 'best of' lists has marketers asking whether they're worth the trouble.”