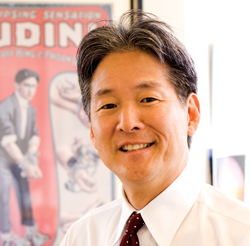 Groupon, the wildly successful group discounting website that built its business on social networking, has sold more than 6 million deals since its formation three years ago and spawned a host of copycats. Now an Oakland, Calif., attorney is betting on a similar model to meet the buying needs of solo and small-firm attorneys.

GroupEsq, launched in May by lawyer Steven Choi, is offering cut-rate deals on bread-and-butter matters such as continuing legal education, merchant credit-card accounts and virtual receptionist services. Like Groupon, the deals must reach a tipping point in sign-up volume set by the vendor before they are accepted.

“I think it’s a model that without a doubt attorneys can benefit from, provided you get the critical mass of attorneys looking for deals,” Choi says. “That’s the hard part.”

Indeed, building awareness for GroupEsq will be half the battle in determining whether the service takes off. But Choi already has a captive audience with LawLink—a legal social-networking site he founded in 2007 that averages about 160,000 monthly visitors and 9,000 regular users—to help get the word out.

“We had a marketing channel,” says Choi, noting that GroupEsq also keeps bargain hunters apprised of the latest deals via e-mail, Facebook, Twitter and RSS feeds.

Meanwhile, other group selling services are tapping into the legal market with specialized offerings for attorneys. Prime Advantage, a buying consortium that historically catered to the discount needs of small and mid-sized manufacturing companies, launched Prime Advantage Legal in June to offer law firms ongoing savings on a range of products. Check out Prime Advantage’s deals by logging on to

Choi, who splits his time evenly between practicing personal injury law and developing his online ventures, began working on the specifications for GroupEsq in August 2009, along with his small LawLink staff. He has since hired a salesman to sniff out noteworthy deals.

While there are similarities to Chicago-based Groupon, major differences distinguish GroupEsq from consumer sites that have built their followings by providing large-scale discounts—sometimes north of 40 percent—primarily for luxury swag including deals at upscale eateries and hot-air balloon rides.

DEALS ON THE BASICS?

GroupEsq is primarily offering the types of necessities solos and small firms require to keep their doors open. That’s the main reason the deals often stay up for several weeks, says Choi, who is working to convince vendors to continue to offer their promotions on an individual basis on the site after a successful deal has run its course.

Examples of deals that have been offered on GroupEsq include $40 worth of court reporting services for $5; mediation services valued at $150 for $25; and $225 worth of contract attorney services for $25, as long as the total project would cost at least $500.

Choi expects GroupEsq to eventually offer some leisure-oriented promotions akin to Groupon, including breaks on restaurants and hotels.

Because Choi’s site takes a commission only on products or services sold, legal vendors that fret over the high price of traditional marketing such as print ads seem enthusiastic about using the site as an alternative means to create some buzz.

“We’re grabbing on to the people that haven’t necessarily even heard of us,” says Carlos Gonzalez, director of marketing at San Francisco-based MCLEZ.com, which was offering $99 worth of CLE courses for $49.

“It’s been pretty good so far,” he says. “We’ve gotten a pretty substantial number of orders.”

Meanwhile, other group selling services are tapping into the legal market with specialized offerings for attorneys. Prime Advantage, a buying consortium that historically catered to the discount needs of small and mid-sized manufacturing companies, launched Prime Advantage Legal in June to offer law firms ongoing savings on a range of products. Check out Prime Advantage’s deals by logging on to www.primeadvantage.com