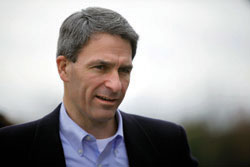 Gun owners take pride in their firearms and in the accoutrements needed to keep their weapon and carry it safely—ammunition, cleaning kits, a gun safe. Now a growing number of gun owners are brandishing another must-have accessory: an attorney.

Following a string of high-profile gun incidents, there’s a renewed awareness about the serious legal consequences that can accompany gun ownership.

Whether it’s being sued in the wake of an accidental discharge, being cited for incorrectly carrying a concealed weapon or facing criminal charges for shooting somebody in self-defense, gun owners are realizing that having an attorney on their side might be a smart idea.

That sentiment has reared a cottage industry of lawyers offering prepaid legal defense plans for gun owners. In particular, the services are touting legal protection in the extreme event that a member shoots another person in self-defense and ends up saddled with devastating attorney fees.

“People don’t want to lose their life savings just because they’re exercising what’s supposed to be a constitutional right,” says Ken Cuccinelli, the former attorney general of the state of Virginia.

Cuccinelli recently hung a shingle with three other lawyers at their firm, Virginia Self Defense Law, based in Goochland, northwest of Richmond. The firm, which bears the slogan “Defending Those Who Defend Themselves,” offers law-abiding gun owners a retainer agreement for $135 per year, which increases to $150 if the purchaser has a concealed handgun permit. The fee covers the cost of a legal defense in the event that one of its clients is named a defendant in a criminal, civil or administrative proceeding arising out of the use of a firearm.

At the Armed Citizens’ Legal Defense Network, based out of Washington state, members pay $125 a year to gain access to a fund that would cover a member’s legal defense “if they face unmeritorious prosecution or civil action after a self-defense incident occurring during their period of membership,” according to the company’s website.

For $10.95 per month, the Texas-based U.S. Law Shield will provide legal representation to any of its 80,000-plus members involved in an incident with their firearm, including a self-defense shooting. The company contracts with law firms in cities across five states: Texas, Oklahoma, Florida, Colorado and Pennsylvania. It is working on expanding to several more states.

Generally speaking, these self-defense legal plans available to gun owners resemble traditional prepaid legal services in the sense that a member pays ahead of time for a future legal service. But in some cases, the companies are arguing that they’re anything but.

Traditional prepaid legal plans have been around for decades in the U.S. Typically, they’re sold as group plans through employers, like a health insurance plan, giving employees access to a range of legal services at discounted rates through payroll deductions. Covered services may include basics, such as wills, or more extensive legal coverage like home closings.

The self-defense plans for gun owners are unusual in the prepaid legal world since most are being sold on an individual basis. They also cover criminal charges, unlike most prepaid legal plans.

But the plans are quickly gaining ground, partly because they have a fiercely devoted customer base.

“It is very difficult to sell a legal plan product to somebody who doesn’t already have a legal need unless they’re passionate about an issue,” says Gerald “Pat” Monks, a Houston lawyer and the immediate-past president of the Chicago-based Group Legal Services Association, an ABA affiliate. “Gun enthusiasts are passionate about the Second Amendment, so it’s a lot easier to sell them a product.”

Indeed, the strong demand for this service has a number of these businesses looking to grow. Cuccinelli says he is in the process of expansion and is seeking to work with pro-gun lawyers in other states. “This has taken off,” he says.

As these companies expand, they’re encountering a patchwork of complex rules. In many states prepaid legal services are deemed insurance offerings and are required to comply with strict insurance regulations. In other states, there are minimal regulations.

Kirk Evans of Houston, the president of U.S. Law Shield, is well-acquainted with this.

“You have to make sure you get very familiar with your state’s regulations so you don’t run afoul of anything,” Evans says, noting that he has lawyers in several states providing him with legal analyses.

In Virginia, a prospective entity must apply to the state’s insurance department and submit three years of projected financial statements that are certified by an actuary, an arduous feat for some startups.

Cuccinelli and other small outfits like his are hoping to avoid this regulatory thicket by simply offering their service via a common retainer agreement, in which the client pays an annual membership fee that serves as a retainer for the lawyer to see a qualifying case to its conclusion. Virginia’s insurance bureau maintains a statutory exemption for legal services plans offered as retainer contracts.

In some cases this might seem like a distinction without a difference, and even some state regulators seem confused. Cuccinelli says Virginia’s insurance bureau originally was inclined to categorize his firm as a prepaid legal service, which falls under its purview.

While operating as a traditional law firm might seem simpler, the designation may carry consequences down the road.

“There’s nothing on its face wrong with a law firm having clients who pay them in advance,” Evans says. “But my opinion is at a certain point it’s going to get really unwieldy.”

Whatever they’re called, critics don’t like them. They allege that the offerings erode public safety, embolden gun owners and will ultimately cause more shootings.

“Our concern is with anything that makes gun owners feel more comfortable firing their weapon instead of taking more time to think about public safety,” says Laura Cutilletta, senior staff attorney at the Law Center to Prevent Gun Violence in San Francisco.

Proponents, of course, say those concerns are exaggerated.

“We’re not signing up people who say, ‘Oh, goodie, now I get to go use my gun,’ ” Cuccinelli says. “They’re saying, ‘Thank goodness, now I feel more confident as I legally carry my gun,’ which they were typically already doing anyway. … This community is more law abiding than the average citizen. These are better Americans than the average American. That’s my clientele.”

This article originally appeared in the August 2014 issue of the ABA Journal with this headline: “Ready, Aim, Prepay: Gun owners are looking to join prepaid legal defense plans.”