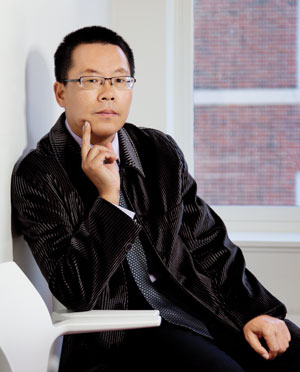 China's death penalty train, widely believed to be the world's most active, is showing some signs of slowing down. And domestic innocence projects may be having an effect, though small, on getting wrongful convictions in capital crimes overturned.

China may execute more people every year than the rest of the world combined. Amnesty International believes that to be the case—though it declines to estimate how many executions are carried out because it is pushing China to reveal the figure, currently a state secret. The Dui Hua Foundation, a San Francisco-based human rights group, reckons 2,400 people received the death penalty in China in 2013. That compares to 369 in Iran, the next-highest in executions, and 39 in the United States.

Dui Hua estimates the 2013 figure was down 20 percent from 2012. The Chinese government is considering a reduction in the number of offenses eligible for capital punishment from 55 to 46. And innocence projects are arising to push for the exonerations of those who have been wrongfully convicted of capital crimes.

SHOCK TO THE SYSTEM

“This does seem to be a positive development,” says Amnesty International’s China researcher, Patrick Poon, who adds that “the Chinese government sees the global trend” away from capital punishment.

Part of that trend has been recognizing the possibility of wrongful convictions. Ira Belkin, executive director of the U.S.-Asia Law Institute at New York University School of Law, says the Chinese criminal justice system was shocked to the core in 2005 and again in 2010, when people thought to be victims of two men convicted of murder turned up alive and well.

“A system which had held itself out as more or less infallible and considered itself to be focused on substantive justice—as opposed to the Western preoccupation with procedural justice—all of a sudden was shown to be capable of making very fundamental substantive mistakes,” Belkin says. “The government responded by acknowledging the problem, enacting some new rules on excluding unlawfully obtained evidence, and created space for Chinese lawyers to propose ways to prevent and redress wrongful convictions.”

Lawyers like Shandong-based Li Jinxing and Xu Xin, a professor at the Beijing Institute of Technology, began launching domestic innocence projects, modeled after the one started in the U.S. by Barry Scheck and Peter Neufeld in 1992, to try to overturn wrongful death penalty convictions. They have scored some notable successes, winning exonerations in 2014 for four men accused of bombing a Communist Party office, as well as a man accused of poisoning his neighbors. In both cases, the defendants claimed confessions were obtained through the use of torture.

But making these cases is far from straightforward. Though China’s Supreme People’s Court can review death penalty cases, that power is completely discretionary. Poon says lawyers just send submission after submission to the courts, hoping something will eventually jar the court’s interest. They typically try to enlist the news media to help make their case, often by staging protests or publicity stunts.

Teng Biao, a lawyer who founded China Against Death Penalty in 2010 and is now a visiting fellow with the U.S.-Asia Law Institute, says the rampant corruption and lack of judicial independence in the Chinese legal system are the biggest challenges. “In the United States, if the lawyer can provide powerful evidence, it’s more straightforward to convince judges to overturn a conviction,” he says. “But in China, the judges, prosecutors and police usually already know they are sentencing innocent citizens to death.”

Teng says such sentences come about because Chinese law enforcement officials are under enormous pressure to deliver convictions. In high-profile cases, it may not be possible to apprehend the actual perpetrator within the desired time frame, so authorities arrest someone using flimsy or even fabricated evidence, then torture a confession out of that person. Given such circumstances, there’s little incentive to revisit these cases.

And the official support for these efforts only goes so far. Indeed, the Chinese government has recently intensified its persecution of “rights lawyers,” who it more typically regards as troublemakers, arresting or detaining hundreds of them over the past few months. Those swept up have included a number of lawyers working on death penalty cases. Were he in China now, Teng says, he has little doubt he would be arrested.

Belkin, who recently visited China with Scheck and met many rights lawyers, shakes his head at what’s been happening.

“Using the law to protect the rights of citizens is the most civilized, socially harmonious way of addressing social justice issues,” he says. “Unfortunately, it involves somewhat of a bottom-up approach and inevitably involves a challenge to authority. The current administration seems to prefer a top-down approach and is not tolerant of challenges to its authority or decisions.”

This article originally appeared in the December 2015 issue of the ABA Journal with this headline: “Change in China? Innocence project movement rises to aid the wrongfully convicted.”