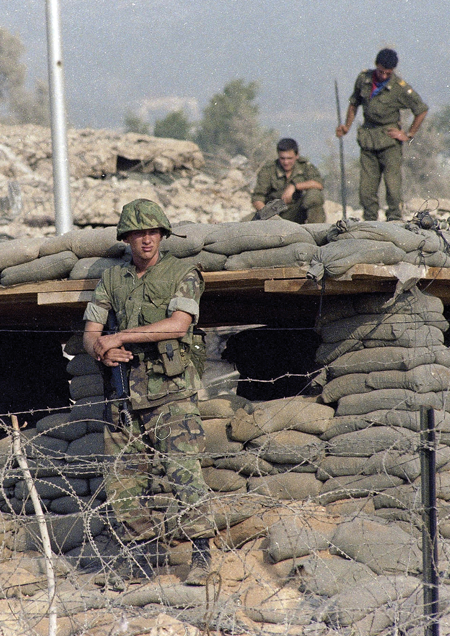 Last year, the Supreme Court ruled that victims of terrorism, such as the 1983 bombing of the Marine barracks in Beirut that killed 241 service members, may collect about $2 billion in seized Iranian assets. AP Photo/Bill Foley

It’s not every day that a wire transfer for $40 million crosses a lawyer’s desk—particularly when the cash is coming from the Central Bank of Iran. But for Jamie Bernard, a partner with Stroock & Stroock & Lavan, the multimillion-dollar payout was a satisfying culmination of years of litigation and shoe-leather financial forensics.

The funds are a distribution from about $2 billion in frozen Iranian assets that will be used to satisfy judgments for state-sponsored acts of terror. Beneficiaries include more than 1,300 victims of Iran-sponsored terrorism, including the 1983 bombing of the U.S. Marine barracks in Beirut that killed 241 service members.

According to Bernard, Stroock’s clients are husbands and wives, mothers and fathers who have lost family members in acts of terrorism.

“These payments bring those individuals some emotional closure,” he says. “I got a note recently from a client who received a check for $2 million. He said he never thought he would live to see the judgment realized.”

Bernard’s firm is one of many involved in the litigation and collection actions against Iran. Stroock was one of more than a dozen firms brought in to hunt for assets after the judgments were secured. Victims already had won default judgments in numerous personal injury cases. But it was unclear whether the plaintiffs could recover funds and from where.

From 2008 to 2010, Bernard and his small team looked unsuccessfully for Iranian assets. “We spent a fair amount of time trying to see how we could seize oil tankers,” he says. “After that, we looked at assets the Office of Foreign Assets Control had reported as blocked.”

Bernard served a subpoena, and the OFAC turned over a “ream of accounts.” Bernard and an associate holed up in a conference room with highlighters and legal pads and pored over the ledgers that he describes as impenetrable. “It was good old-fashioned boots-on-the-ground work,” he says.

Eventually, Bernard’s team identified a series of linked accounts tied to a Citibank account with about $2 billion in bonds, discovered by other litigants pursuing a case filed under seal. Now, with Bernard’s help, and despite all odds, some of these precedent-setting plaintiffs are receiving assets previously frozen by the OFAC from that account, which is owned by Bank Markazi, aka the Central Bank of Iran.

Legislators and the U.S. Supreme Court also helped pave the path to recovery. Congress supported the controversial suit and recovery twice: first by allowing the plaintiffs to sue and second by allowing the asset seizure. In April 2016, the justices ruled the payments could go forward, finding that Congress’ actions did not violate the separation of powers clause. But the disbursements have triggered a debate about the slippery slope of exemption from sovereign immunity.

“I have long been bothered by Congress stepping in and passing narrow laws that benefit or burden one or a small number of parties,” says Morrison, who teaches constitutional law with a focus on the separation of powers. “I think it’s bad precedent, and I continue to be worried about it.”

For the Iran terror victims, hundreds of millions of dollars still exist in unsatisfied judgments, and the hunt for assets isn’t over. Litigation continues, but the precedent for recovery already has been set.

This article originally appeared in the March 2017 issue of the ABA Journal with this headline: "Iran Terror Victims Receive First Payments: While plaintiffs find closure, some worry about effects on foreign immunity."