For influential psychologist Jerome Bruner, the law was made of stories 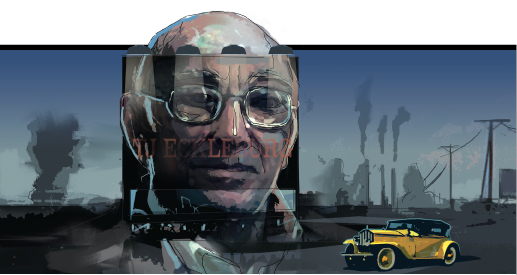 Jerome Bruner, who died in 2016 at the age of 100, was one of most influential psychologists and interdisciplinary thinkers of the 20th century. The Watts professor at Oxford (the school of education building is named after him), Bruner was co-founder of the Center for Cognitive Studies at Harvard and the recipient of the Balzan Prize “for lifelong contribution to human psychology.” Bruner’s interests were eclectic, and he was an intellectual raconteur.

Late in his career, Bruner became fascinated with the law. Beginning in the 1991-1992 academic year, Bruner joined Anthony Amsterdam and Peggy Davis, convening the weekly Lawyering Theory Colloquium at New York University School of Law. I attended many sessions. In 2000, based upon their work in the colloquium, Amsterdam and Bruner published their densely brilliant book, Minding the Law, appropriately subtitled: How courts rely on storytelling, and how their stories change the ways we understand the law—and ourselves.

Bruner, who loved literature, was a fascinating “literary” character in his own right. Blind at birth, he later had an operation that restored his sight. Perhaps this is why Bruner never perceived rigid boundaries between various intellectual disciplines. Bruner wore heavy glasses with thick corrective lenses that exaggerated the dimensions and spheres of his eyes, making them seem huge.

When engaged in conversation, rather than shifting his eyes directionally in their sockets, Bruner would swivel his large head and gaze intensely upon the speaker. It was a mesmerizing if unintended effect, and it was easy to lose focus and become lost in Bruner’s intelligence and godlike beneficence.

One night in 2016, after rereading The Great Gatsby, I awoke from a vivid and unsettling dream: I was trapped inside the book, driving across the wasteland of F. Scott Fitzgerald’s Valley of Ashes separating West and East Egg from New York City of the 1920s. When I looked up, there was the visage of Jerry Bruner, captured where the billboard of T.J. Eckleburg was supposed to be, looking down. Eckleburg now had Bruner’s glasses with thick corrective lenses, Bruner’s playfully compassionate demeanor and his huge all-knowing eyes.

Some weeks later, I picked up the New York Times and opened it to Bruner’s obituary.

Anticipating the work of behavioral economist and Nobel Prize-winner Daniel Kahneman (see ABA Journal, January 2016), Bruner proposed that there are two discrete modes of thought: the narrative (or story) mode and the analytical or “paradigmatic” mode (think of scientific experiments, of logic and algorithms, and of appellate opinions’ purported reliance upon analytical positivism and syllogistic reasoning).

Our dominant and intuitive mode is narrative. We even narrate our own lives: We construct our world through the stories we tell others and ourselves. Some of our story templates are flat and functional: We employ rudimentary schemas and stock scripts navigating our daily experiences (e.g., ordering food at a restaurant). But then there are more complex stories that we need to tell to help make sense of the more conflict-ridden aspects of our lives—and that consequently inform our best literature as well.

Even our identities, Bruner believed, are compositions of layered stories; we are our own best literary creations. We derive life lessons from experiences via stories, and in doing so provide meaning to our lives. Bruner’s early experiments revealed how even young children are preternaturally gifted storytellers.

But what has this to do with legal storytelling? Plenty. Certainly, trial lawyers employ the power of storytelling to, in Bruner’s words, “go beyond the information given.” For example, a prosecutor enters the mind of a criminal defendant and tells a story that proves the mens rea of premeditation necessary to obtain a first-degree murder conviction. Alternatively, a plaintiffs lawyer in a negligence case argues that the defendant should have reasonably foreseen the accident as a result of his carelessness—she tells a counterfactual story about how, had the defendant taken reasonable precautions, the accident would never have occurred.

Appellate judges—and, yes, even justices of the U.S. Supreme Court—are likewise suckers for a good story. Although as narrative theorist Peter Brooks has observed, the justices are careful to seldom say the word “story” in an opinion, or recognize self-reflectively the determinative role narrative plays in the law.