Judges may not seek campaign cash, but they may express their gratitude, SCOTUS determines 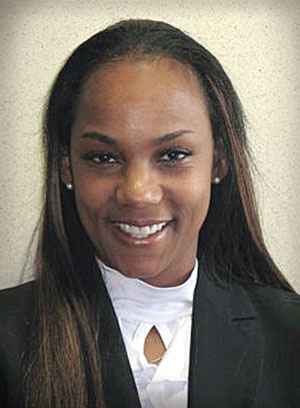 Thirty-nine states use some form of election to choose their judiciaries. Of those, 30 states largely prohibit solicitation of campaign funds by active judges and judicial candidates.

Florida, like a number of other states, has experimented with popular election and so-called merit selection. Today, appellate judges in the state are appointed by the governor from a list of candidates proposed by a nominating committee; they face retention elections before the voters every six years. Trial judges, though, are popularly elected unless a local jurisdiction chooses merit selection.

“Judges are not politicians, even when they come to the bench by way of the ballot,” the chief justice wrote in the majority opinion. “And a state’s decision to elect its judiciary does not compel it to treat judicial candidates like campaigners for political office. A state may assure its people that judges will apply the law without fear or favor—and without having personally asked anyone for money.”

In 2009, Roberts had led the court’s conservatives in dissent against a decision requiring the recusal of a West Virginia high court justice in a case involving a $50 million verdict against a coal company.

Although the new decision does not upset the status quo, it adds fodder to the debate over elected judiciaries. And the scope of the ruling worried some First Amendment advocates.

TO PRESERVE AND PROTECT

“To find that this restriction serves the compelling interest of maintaining public confidence in the integrity of the judiciary is puzzling given the many other ways in which judicial candidates are permitted to campaign for office under the Florida rules,” says J. Joshua Wheeler, who is the executive director of the Thomas Jefferson Center for the Protection of Free Expression.

The Charlottesville, Virginia, group filed an amicus brief in support of Lanell Williams-Yulee, who ran for a seat on the bench in Hillsborough County court in 2009. She distributed a letter that asked targeted voters for “an early contribution of $25, $50, $100, $250 or $500” to “help raise the initial funds needed to launch the campaign and get our message out to the public.”

Yulee (as she refers to herself) lost the primary to the incumbent judge. Soon after, the Florida Bar filed a complaint charging her with violating a bar rule that requires judicial candidates to comply with applicable provisions of Florida’s code of judicial conduct, including the ban on personal solicitation of funds. (She was publicly reprimanded and ordered to pay the costs of the proceeding, some $1,860.)

Yulee raised a First Amendment free speech challenge to the relevant canon of the state’s code of judicial conduct.

The Florida Supreme Court held that the canon clearly restricts a judicial candidate’s speech and thus must be narrowly tailored to serve a compelling state interest. The court found that the canon meets that test because, among other reasons, prohibiting personal solicitation of funds helps preserve the integrity of and public confidence in the judiciary.

Federal appeals courts have split over those restrictions, while every state high court that has weighed such rules has upheld them against First Amendment challenges.

The chief justice said that in deciding cases, judges are not supposed to be responsive to the preferences of their supporters, as are politicians who serve in the legislative or executive branches. Quoting another chief justice, John Marshall, Roberts wrote that they must strive to be “perfectly and completely independent.”

“In the eyes of the public, a judge’s personal solicitation could result (even unknowingly) in ‘a possible temptation … which might lead him not to hold the balance nice, clear and true,’ ” Roberts said, quoting in part a 1927 case, Tumey v. Ohio. “That risk is especially pronounced because most donors are lawyers and litigants who may appear before the judge they are supporting.”

While Justices Ginsburg and Breyer declined to join the portion of the chief justice’s opinion that applied strict scrutiny to the Florida prohibition, the fact that all four justices in dissent would have applied the highest constitutional test to the provision led the dissenters to question what the ruling means for strict scrutiny and speech restrictions going forward.

Justice Antonin Scalia, in a dissent joined by Justice Clarence Thomas, accused the majority of “mischief” and “twistifications” of strict scrutiny.

“Faithful application of our precedents would have made short work of this wildly disproportionate restriction upon speech,” Scalia wrote. “Intent upon upholding the canon, however, the court flattens one settled First Amendment principle after another.”

Justice Samuel A. Alito Jr. said in his own dissent that the Florida rule “is about as narrowly tailored as a burlap bag.” Justice Anthony M. Kennedy also filed his own dissent.

“The First Amendment, however, is more demanding than that,” Abrams wrote.

“The Supreme Court’s decision reaffirms the states’ vital interest in safeguarding the fairness and integrity of our nation’s elected judges,” ABA President William C. Hubbard said in a statement after the ruling in Williams-Yulee.

Jed Shugerman, a professor at Fordham University School of Law and an expert on the history of U.S. judicial elections, says that as a practical matter, the Supreme Court’s decision is narrow.

“The state can prohibit someone from saying ‘please,’ but he can still say ‘thank you,’ ” Shugerman says. (Roberts’ opinion appears to endorse the distinction.)

“This is not going to transform the politics of the courts,” he adds. “But Justice Sotomayor pointed out in oral arguments that judges have particular sway when they ask lawyers for money.”

Shugerman filed an amicus brief backing the Florida restriction that explains some of the dangers of direct solicitation of funds by judges and judicial candidates, including a bulleted list of cases in which judges solicited funds from the attorneys who practiced before them.

Matthew Menendez, a counsel with the Brennan Center for Justice at New York University law school, says he was not as surprised as some other observers that Roberts joined with the court’s liberals to uphold the Florida restriction.

“He is the chief justice of the United States,” says Menendez, whose group filed an amicus backing the Florida restriction. “Ultimately, the integrity of the judicial system rests with him.”

Menendez notes that lower courts will now hash out some of the contours of the Williams-Yulee decision. The 9th U.S. Circuit Court of Appeals at San Francisco was due in June to give en banc review to a case from Arizona that challenges several provisions of that state’s code of judicial conduct. The issue in the case, Wolfson v. Concannon, includes not just a personal solicitation ban but also provisions that bar judicial candidates from making political speeches and publicly endorsing or opposing candidates for office.

Menendez says that in the end, Williams-Yulee may represent “a little bit of pragmatism.”

For now, the answer seems to be yes.

This article originally appeared in the July 2015 issue of the ABA Journal with this headline: “A Pragmatic Turn: Judges may not seek campaign cash, but they may express their gratitude.”