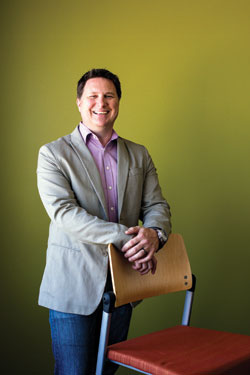 In recent years, LegalZoom has faced lawsuits in eight states seeking to shut it down for violating state laws barring the unauthorized practice of law. But with a notable recent victory in South Carolina, and having fended off all but one of the other lawsuits, LegalZoom is anything but shutting down.

To the contrary, LegalZoom, which began offering legal forms online in 2001, is poised to significantly broaden the range of services it offers consumers and small businesses. Already it has expanded into prepaid legal services, operating plans in 41 states and the District of Columbia. Now it is looking ahead to offering a continuum of products and services, from simple forms to full-fledged legal advice, with both lawyers and nonlawyers in the mix.

“We need to continue to evolve, continue to innovate and continue to connect consumers with the services that are right for them at a price they can afford to pay,” says Chas Rampenthal, LegalZoom’s general counsel.

Meanwhile, legal ethicists such as Deborah L. Rhode, director of the Center on the Legal Profession at Stanford Law School, say it is time for the legal profession to drop efforts to shut down such companies for UPL and instead focus on how best to regulate them to protect their customers.

“With respect to LegalZoom, the train has left the station,” Rhode says. “They’ve got a couple million satisfied customers and it’s going to be really hard for anyone to shut them down.”

In a May Fordham Law Review article, Rhode and co-author Lucy Buford Ricca, executive director of the Center on the Legal Profession, argue that the legal market is primed for a total transformation driven by innovative companies such as LegalZoom. “From a regulatory perspective,” they write, “the key focus should not be blocking these innovations from the market, but rather using regulation to ensure that the public’s interests are met.”

The nub of complaints against LegalZoom is not the self-help documents it provides, but the way it provides them. At its website, customers buy documents to form a business, register a trademark, create a will and address other common legal needs. Questionnaires guide customers through creation of the document, after which LegalZoom employees review the answers for spelling, consistency and completeness.

Some, including the North Carolina State Bar, maintain that these elements of guidance and review transform LegalZoom from simple document provider to legal adviser. Others, such as Richard Granat, co-chair of the ABA eLawyering Task Force and president and CEO of DirectLaw Inc., contend such arguments are nothing more than “an effort to protect lawyers’ incomes.”

In 2008 the North Carolina bar issued LegalZoom a cease-and-desist letter. The matter made its way to North Carolina business court where, last March, a judge put off deciding the UPL issue, saying he required additional evidence to fully understand LegalZoom’s process for preparing complex documents.

Adopting the findings of a special referee it appointed to investigate the company, the court held that LegalZoom’s practices “do not constitute the unauthorized practice of law.”

Previously, LegalZoom settled UPL suits in California, Missouri and Washington. Lawsuits in Alabama and Ohio were dismissed. Besides North Carolina, the company still faces a challenge in Arkansas, where the matter is in arbitration.

Even as LegalZoom has battled claims of unauthorized practice, it has moved closer to actual practice. Launching its own prepaid legal services plans was one step; another was to develop practice management systems to help the lawyers in these plans deliver services more efficiently.

But Rampenthal sees his company spurring broader changes in the legal services market, moving it toward an “ecosystem” that will more closely resemble the way medicine is delivered.

“You don’t walk right in and see the doctor,” he explains. “You see nurses and technicians and practitioners. The doctor relies on those other professionals, and the system lets the doctors do what they do best.” Paralegals and other licensed legal professionals will provide assistance and advice for certain matters and refer more complex matters to attorneys.

LegalZoom declined to disclose its revenues. As of August 2012, it had served some 2 million customers, according to a prospectus it filed with the U.S. Securities and Exchange Commission in advance of a planned initial public offering. In 2011, it brought in revenues of $156 million and was on track to bring in close to $200 million in 2012. Last January, it dropped its IPO after selling $200 million in equity to the private equity firm Permira.

With LegalZoom’s train steaming along at full throttle, and given other changes in the legal industry, the unauthorized practice debate is no longer relevant, many say.

“The best approach is to recognize that these new players are providing a kind of legal service,” says Andrew M. Perlman, director of the Institute on Law Practice Technology and Innovation at Suffolk University Law School. “What we call it is less important than what we do with them. We need to find a way to appropriately regulate what they do so that the public is protected.”

Regulation, Perlman believes, would encourage innovation in the delivery of legal services by eliminating the legal uncertainties faced by companies such as LegalZoom. “The more we resolve these questions through regulation, the more we’ll free up innovation.”

However, Milan Markovic, associate professor at Texas A&M University School of Law, questions the premise that companies such as LegalZoom are needed because of the failure of the legal profession to meet the needs of middle-income consumers. “My problem is we have almost no data to support that, and the types of services LegalZoom offers actually can be obtained,” he says, sometimes at even lower cost.

Markovic would prefer that bar associations accept we are in a do-it-yourself age and directly provide to consumers more of the documents and services they want. To the extent evidence can substantiate legitimate failures in the legal services market, however, Markovic would support regulatory or licensing schemes that would allow for alternatives.

No one can say whether LegalZoom has seen the last of these UPL suits. But in its 2012 SEC filing, it noted the lawsuits then pending and added: “We anticipate that we will continue to be the target for such lawsuits in the future.”

This article originally appeared in the August 2014 issue of the ABA Journal with this headline: “Why Is This Man Smiling? Latest legal victory has LegalZoom poised for growth.”