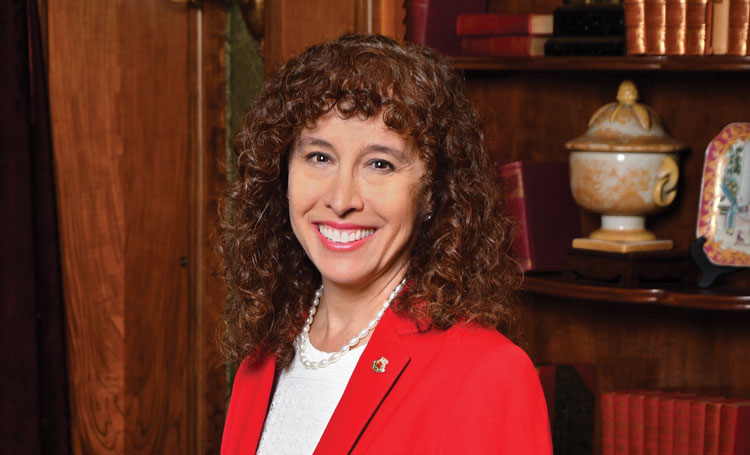 Laura Farber’s parents always told her that education is more than something received in a classroom.

“You need to be integrated into your community, and you learn both by giving and by listening and by participating and engaging,” Farber says. “That has always driven me.”

Farber, a partner in the litigation and employment practices at Hahn & Hahn in Pasadena, California, can’t imagine her world without community service. She says it has shaped her life, making her both a well-rounded lawyer and a more fulfilled person.

Early in her career, she was encouraged by her firm to join the Pasadena Tournament of Roses Association, the nonprofit organization that produces the Rose Parade and Rose Bowl game on New Year’s Day each year.

After more than 25 years of service, Farber became the first Latina and third woman to serve as president of the Tournament of Roses. She selected the theme, “The Power of Hope,” for the 2020 celebration, which she says was based on her own life story but still resonates amid the COVID-19 pandemic and divisiveness in the country.

Farber, who also became the co-chair of the ABA Coordinating Group on Practice Forward in May, stays busy and says the key to success is giving her all.

“They are all important to me, and I treat them with the respect they deserve.”

Farber was born in Buenos Aires, Argentina. Her parents were students at the city’s university before the Dirty War, a campaign waged by Argentina’s military dictatorship against supposed left-wing opponents that started in the 1970s.

One day, her father attended a gathering on campus where he saw military forces spray students with tear gas and beat them with billy clubs. 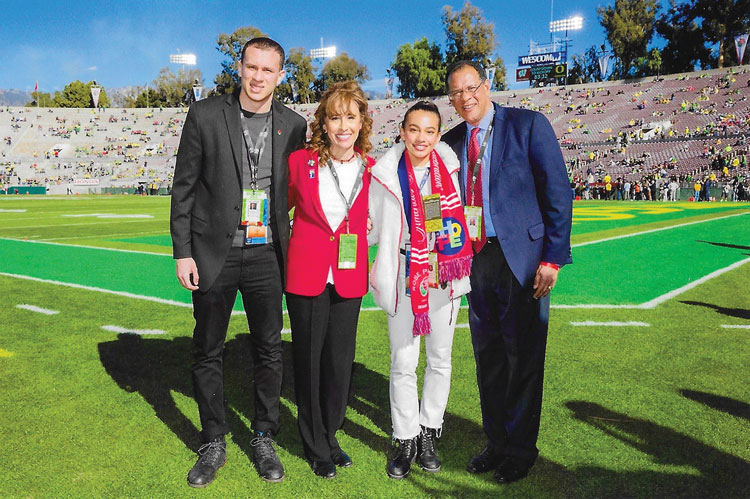 “He said that was the day they decided as soon as they could, they were going to leave everyone and everything they knew to start a new life,” Farber says.

Farber graduated from the University of California at Los Angeles with a bachelor’s degree in political science in 1987 and then attended the Georgetown University Law Center. She returned home after law school and started as an associate at Dewey Ballantine in Los Angeles.

After two years, she decided she needed more time to volunteer in her community and with the bar and to raise a family. She talked to her mentor in the Women Lawyers Association of Los Angeles, who had previously worked with the hiring partner at Hahn & Hahn, a smaller firm in Pasadena.

That hiring partner was R. Scott Jenkins. He called Farber and invited her to interview.

“Frankly, the rest is history,” he says. “She was a perfect fit for us.”

Jenkins remembers telling Farber that as an attorney with Hahn & Hahn, she should consider joining the Tournament of Roses Association. He was a member and later became its president.

“There are about 1,000 volunteers who put on the parade and the game, and I told her leaders in our community get involved,” he says.

Farber attended the Rose Parade with her parents and even slept along its route to get a good seat as a teenager. At the time she joined the firm, the association faced criticism for its lack of diversity, and she wanted to help address the problem.

She became a member in 1993 and was chair of several of its committees before moving onto the eight-year ladder to the presidency.

As president, she not only chose the theme of the Rose Parade, which translates in Spanish to “El Poder de la Esperanza,” but she selected the grand marshals.

Farber also helped select the parade’s marching bands, which came from across the United States as well as Costa Rica, El Salvador, Denmark and Japan.

“We made a difference in the students’ lives,” she says. “Many of them had never come to our country, let alone gotten on an airplane. This presented them with a life-changing opportunity to see something new and offered them hope for the future.”

The 2021 Rose Parade was canceled because of COVID-19, but the Rose Bowl game was still scheduled for Jan. 1 at press time. Farber, now the immediate-past president of the Pasadena Tournament of Roses Association, is also the chair of the Rose Bowl Management Committee, which determines ticket prices and other game policies.

“That’s a five-year gig, and I’m really excited about it because I love college football,” she says.

Farber has been a member of the ABA for 30 years. She joined and eventually chaired the Young Lawyers Division from 2001-02. She later served as chair of the Commission on Youth at Risk; the Solo, Small Firm and General Practice Division; and the Latin America and Caribbean Law Initiative Council.

Along with her many other leadership roles, she has been a member of the Board of Governors and served two terms on ABA Journal Board of Editors from 2006-12. She currently is serving as a California state delegate to the ABA House of Delegates.

Linda Klein, a former ABA president and senior managing shareholder at Baker Donelson in Atlanta, has worked often with Farber through the years. She describes her enthusiasm as “infectious” and commends her for finding ways to “make everyone that she touches better.”

“One thing that we often don’t see in bar service is the whole person,” Klein says. “But you meet Laura, and you do see the whole person. Her personality, her enthusiasm, her celebration of others, it just shines through.”

Farber joined the ABA Coordinating Group on Practice Forward because she wanted to help the ABA focus on what members need during this uncertain time.

She co-chairs the group, which complements the Task Force on Legal Needs Arising Out of the 2020 Pandemic, with former House of Delegates Chair William Bay.

The steering committee of the Coordinating Group on Practice Forward began meeting and sent out its first survey to members in September. Farber says it included questions about practicing law during the pandemic and the impact of the pandemic on diversity, racial justice and inclusion.

The group also launched a website that offers members resources in the areas of law practice management, the practice of law and professional development.

Farber says the survey results will help determine what other content, policy, thought leadership and resources are needed.

“I want the ABA to lead in this space, and I want to be part of that,” Farber says. “This is something that is going to mean something to so many people. It can change their lives, and it can impact the profession in a huge way.”

This story was originally published in the Dec/Jan 2020-2021 issue of the ABA Journal under the headline: “Coming Up Roses: Laura Farber gives her all to both local and national causes.”