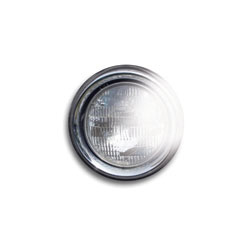 You drive down the road and notice a police speed trap. Out of the goodness of your heart, you flash your headlights to warn oncoming motorists. You might receive a reciprocal flashing headlight back as a thank you. Or you might get a ticket.

Police ticketed the Ellisville, Mo., resident after he flashed his headlights to oncoming motorists as a warning. The ticket, for improper flashing of signals, required a court appearance, and that’s where things got sticky.

According to Elli, the judge became upset during his February court appearance when he refused to plead guilty. The judge asked whether he’d heard of obstruction of justice, according to court documents.

Prosecutors eventually dropped the moving violation charges against Elli, but that did not satisfy him.

In April, Elli filed a federal civil rights lawsuit against the city of Ellisville, alleging in a class action suit that the city engages in a policy and custom of retaliating against drivers who warn other motorists of possible speed traps. His complaint contends that the act of flashing headlights is a form of protected speech.

“This is a case of the government punishing a citizen because government officials do not like the message the citizen is communicating,” says Anthony Rothert, legal director of the American Civil Liberties Union of Eastern Missouri, who is representing Elli. “The protection against such government intrusion is at the heart of the First Amendment. If communicating the presence of a speed trap with headlamps is the obstruction of justice, then so too is communicating the same message by CB or at the corner gas station.”