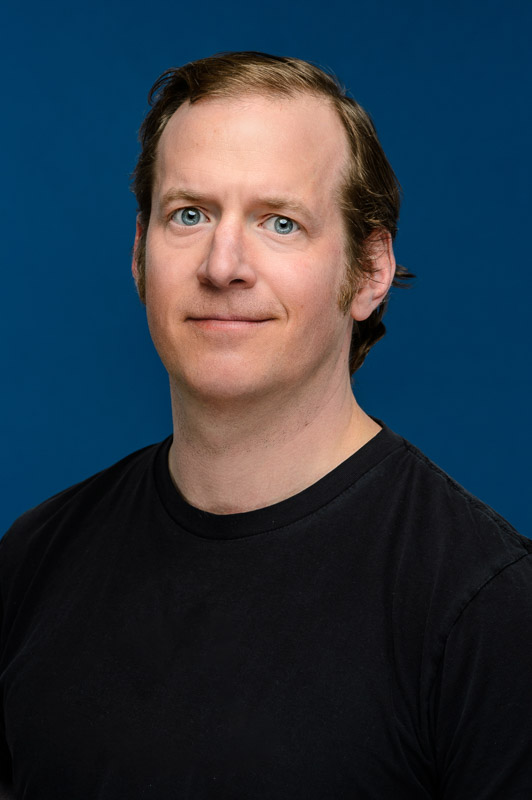 From a desk in the back of his garage in Issaquah, Washington, a suburb of Seattle, Andrew Chadeayne is quietly, steadily spearheading the convergence of science, law and psychedelic drugs.

Chadeayne, who holds a doctorate in chemistry, is also a patent lawyer. His experience includes intellectual property work for pharmaceutical companies and a major freight forwarder. But it was his work for the revolutionary cannabis research company Ebbu that ignited his interest in developing and commercializing the mind-altering properties of much-maligned plants.

In 2018, Ebbu sold in a deal valued north of $330 million, and Chadeayne decided not to stay with the company. Instead, he founded a company called CaaMTech to explore another pharmacological edible: the magic mushroom.

A growing body of medical research shows that psilocybin, the compound found in the infamous fungus, is effective as a treatment for depression and post-traumatic stress disorder. CaaMTech works with compounds structurally similar to psilocybin, synthesizing and patenting them to be developed into innovative and effective psychiatric drugs. The company already has several compounds headed toward human trials, and investors are eager to partake in the company’s success: In September, the company completed a $22 million series A funding round.

Q. You have chemistry degrees from Princeton and Cornell. So I have to ask: Why law school? Did you ever love chemistry, or was it always about being a patent lawyer?

A. I can give you the real story. I was getting my PhD from a brilliant professor at Cornell, and sometime around year three or four, I got it in my head that I could never be as smart as him or his colleagues. Everyone was really smart and got it. So I started exploring other options where I could use my degree. Since I was already at Cornell, I went over to the law school and asked the dean if I could take some classes, which I did for a couple of years. I really enjoyed applying a logical process to things—there was a test you could apply to get to an answer—but I started getting more interested in the gray areas of the law. That’s where the action happens. I really enjoyed law school and figured, why not try a job?

A. I really did. One of the reasons I really liked it was that I had felt like an underachiever compered to brilliant people, but at the firm, it flipped. I was the very smart chemist. I had a chance to use the skills I had spent more than five years working on, and to use them for something that seemed very practical, meaning something of economic consequence. It was really hands-on. I was working for large pharmaceutical and chemical companies on something that was important to them. It mattered, and I mattered.

Q. So around that time, you actually invented something really cool called SwimSpray. I know you were a swimmer at Princeton, but how did you turn that into an idea for a product?

A. I grew up swimming. When I was 12, I was, like, second in the country, and there was a time when I was trying to be the best in the world. I got about as good as you can get before taking the Olympics seriously. After law school, I worked in D.C. and was living with one of my Princeton swim buddies, and we would swim in the pool at a local high school. I was having the same problem I had always had: I was oozing chlorine film.

One day, I just got sick of it and decided to invest a couple hours into figuring out what was happening chemically. Now that I was an important chemist being paid for his opinion, I had the courage to think I could solve a problem. I came up with all these hypotheses around chlorine and vitamin C, and that resulted in SwimSpray, which was and maybe still is the first water-soluble stabilized vitamin C formulation.

If you dissolve vitamin C in water normally, it will biodegrade and turn brown. But if you have a high concentration of sodium ascorbate, like the salt in the Dead Sea, bacteria can’t live in there, and it can’t biodegrade. It’s a lot more stable. I have some SwimSpray from five years ago, and I took it to the pool recently, and it still works.

Q. I am guessing that you did not strike it rich with SwimSpray.

A. Talk about a bonehead. I didn’t know anything about sales or marketing or business at the time. Things would have turned out very differently had we not initially targeted only the small group of competitive swimmers. Even though I am not doing anything with it right now, I learned a ton—everything from inventing a formulation to patenting the formulation to recognizing that having the patent isn’t everything. If you have the exclusive right to something that not many people want, it is actually not that valuable.

Q. SwimSpray seems like something you’d see on that TV show Shark Tank. I can imagine all the sharks fighting over the chance to license your technology.

A. We tried out for Shark Tank! We were on the next-to-final round before going onto the show, but we never made it into the tank. As much as I’d like to see SwimSpray still available for the swimmers out there, I am happy I’ve moved on.

And to a product with a much wider audience! How did you get involved working with cannabis?

The cannabis opportunity was something I had been looking for. I had become really interested in new formulations of existing things and in the patentabilty of natural things, like the vitamin C formulation in SwimSpray. I had started looking at cannabis and its combinations of molecules like THC and a whole bunch of other ones like CBD, [tetrahydrocannabivarin] and [cannabichromene], but my ideas sat on the shelf until I started my own patent firm. A swimming friend put me in touch with his friend who was making new cannabis products. It was a really good fit for me because I had thought about it before.

I built Ebbu’s entire IP portfolio by treating the cannabis plant like a chemical composition—like a collection of molecules that can be combined to create different effects—and not like a weed.

Q. The company must have really appreciated that you could do both the lab work and the legal work.

A. I was part of a team, and my role was to be the guy who could have one foot in the lab and one foot in the law firm. We could have ideas about the patent portfolio, and I could run to the lab to see what we could do to figure that out or support that. Or if the folks in the lab did something, I could appreciate the implications for the IP. That’s where I added the most value: being the bridge between R&D and IP.

Q. Why do you think no one had done that type of research before?

A. Two things were happening with cannabis. One, people thought that THC was the only active ingredient, end of story—nothing to look at, don’t worry about it. And two, people thought, “Why should we do any research? It’s illegal, and there’s no money in it.” There was no incentive to go look and no incentive to question this long-standing belief that cannabis was just a THC delivery mechanism.

Q. Is that kind of the same thing with magic mushrooms?

A. Yes. No one cared about mushrooms commercially. There was the DEA Schedule I thing, and also mushrooms are kinda funny lookin’. I just thought, “I’ll bet there’s more things going on in there. If there are different effects, there must be different molecules, and I wonder what would happen if we changed the structure.” We’ve been doing that now for more than five years, and we have maybe 150 patent applications for combinations of those previously unlooked-at minor compounds.

Q. You were an investor in Ebbu, and after the sale, you easily could have spent the rest of your days on a tropical island. Yet you dove back into entrepreneurship, science and the law. Why?

A. I definitely had a moment of, “What would you do if you didn’t have to work ever again?” And I thought, “Oh, I’d play around with that magic mushroom idea!” I think if I were drawn to smoking weed and playing video games in the garage, things could have turned out differently; but for me, having the time and space to do the mushroom research was the thing that I really wanted. Mental illness is a leading health problem in the world right now, so it seemed like a good idea to work on it.

This story was originally published in the December 2021/January 2022 issue of the ABA Journal under the headline: “One Long, Strange Trip: Lawyer-chemist’s career path has led to extensive research on psychiatric possibilities of psychedelic mushrooms.”