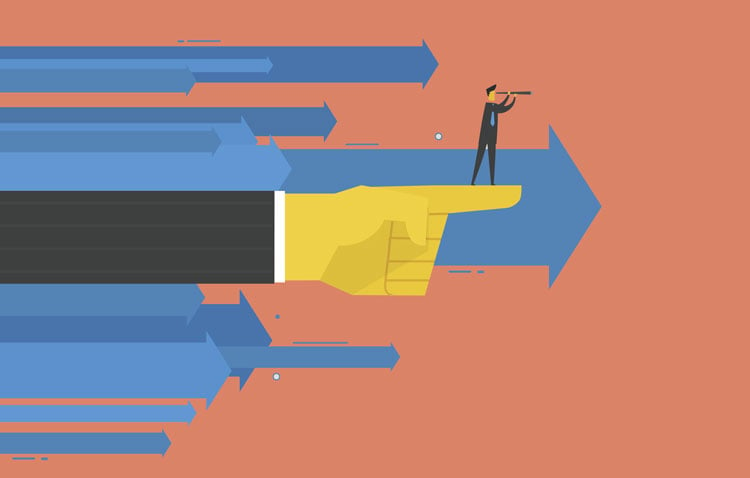 One of the most enduring purposes behind the ABA Model Rules of Professional Conduct and corresponding state ethics standards is to protect clients and the public from “overreaching, overcharging, underrepresentation and misrepresentation.” (See Ohralik v. Ohio State Bar, 1978.)

More than a century after the 1908 adoption of the association’s first set of guidelines, the ABA Canons of Professional Ethics, the clients whom ethics standards protect and the lawyers governed by them have changed drastically. Yet in substance and form, ethics standards remain stagnant—and the same lofty principles that once inspired the best in lawyers will soon render us irrelevant.

In substance, today’s legal ethics standards are so utterly out of sync with the lifestyle, social conventions and technology savvy of today’s consumers that they actually breed mistrust.

Imagine an encounter with an alien that hails from a planet where placing one’s hands around a new acquaintance’s throat is intended as a sign of respect. Yet without this background, you’d understandably feel distrustful and threatened if greeted by a stranger who has a firm vise around your neck. The same is true of ethics standards in the modern world: They require lawyers to act in a manner that is so alien in today’s society as to arouse suspicion. Consider the two following scenarios.

Case 1: Penny Prospect, a mom seeking a divorce, arrives at your office for a consult. You think the meeting went well, but you never hear back. It turns out your instincts weren’t wrong—Penny was leaning toward retaining you—until she viewed your profile on LinkedIn and saw a disclaimer that states: “This profile is attorney advertising.”

In a decade of using LinkedIn (including as recently as that morning when she updated her profile in anticipation of searching for a higher-paying job), she has never seen a disclaimer like this. She knows LinkedIn’s user agreement prohibits advertising. Doesn’t this lawyer understand terms of service?

Penny’s concerns aren’t allayed when she clicks a link to the lawyer’s blog and once again sees “This blog is attorney advertising” underneath the blog caption. Penny doesn’t bother to read the posts; she assumes that if they’re advertising, they won’t be very valuable.

Penny wonders what’s wrong with this dude. He’s so caught up in promoting himself online that he won’t have time to handle her case. Ultimately, Penny heads to LegalZoom, which doesn’t have the same advertising disclaimers, and signs up for the do-it-yourself divorce package that includes attorney review.

Case 2: Noah Newbie is a recent business school graduate seeking to incorporate an online business. After the meeting, you hand him a 15-page retainer agreement and ask him to sign it and send it back with a check.

Noah leaves the office and tosses the retainer agreement into the trash can. He doesn’t understand a word of it. Plus, he’s always paid bills by credit card. He’s not sure that he still has a checkbook.

He decides to search his lawyer’s ratings online, but there’s not a client review or testimonial to be found. Because Noah always checks ratings before making a purchase, he’s disconcerted about why he can’t find any for his lawyer: Were they so bad she paid to have them removed?

Then Noah discovers a site called Avvo Answers, where he can ask questions about incorporating a business for $39. Noah searches for a New York lawyer. When he can’t find one, he discovers that several bars, including New York, have banned lawyers from doing business on Avvo. Apparently, it’s unethical for the site to take a cut of the $39 fee you pay to talk to a lawyer.

Noah doesn’t get it. Isn’t it a common online business model for the platform providing goods or services to take a cut of the sale? That’s how Etsy and Airbnb work—heck, Uber is killing it. Noah can’t believe this rule is really intended to protect clients. It’s probably a way to force clients to have to trek to a stuffy, old lawyer’s office and fork over $1,000.

It looks like his mentor, who heads a successful startup, was right after all: Noah is going to have to start his corporation at Rocket Lawyer by himself. Noah sighs, thinking it was easier to find his fiancée online through a dating site than it is to hire a lawyer.

As these examples bear out, the parade of horribles that regulators envision—fee splitting with nonlawyers injecting their interest into the attorney-client relationship, testimonials and reviews that might dupe clients into hiring an unqualified lawyer, making objective and useful information online available through a LinkedIn profile or a blog without prominently labeling it as advertising (I’m stumped to figure out what kind of harm that could ever cause)—doesn’t intimidate today’s clients at all.

Most of today’s clients have seamlessly, thoroughly integrated social media and “sharing-economy” platforms, as well as online payments and content-based marketing, as part of their daily lives. They’ve acclimated to the cultures of each online universe they inhabit and grown adept at distinguishing between causal informational websites and biographical profiles, and chatty personal exchanges and paid advertising. So when lawyers can’t conform their conduct to these mores, they’re first viewed with suspicion or annoyance and, ultimately, ignored.

Carolyn Elefant is an energy and eminent domain attorney based in Washington, D.C. She says blogging at MyShingle “has given me a bird’s-eye view of the changes that have been roaring through the legal profession and an opportunity to chronicle and speak on these trends.”

ABA Journal with the title "Change the Rules! Ethics opinions have to reflect the present and future—not the past."