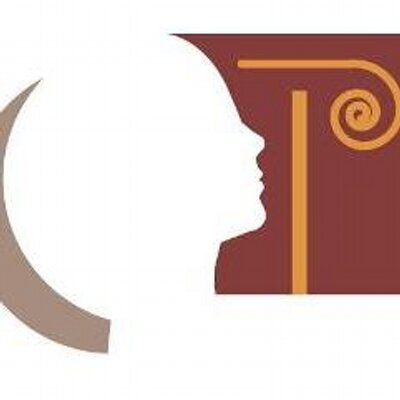 Women who make their mark in the legal field blaze a trail for others to follow. The annual Margaret Brent Women Lawyers of Achievement Award recognizes these pioneers for their service to the profession.

The ABA Commission on Women in the Profession established the Brent award in 1991 to recognize and celebrate the accomplishments of female lawyers who have excelled in their specialties and in the legal field, paving a path and setting an example for others.

“We are honored to recognize this spectacular group of women,” says Stephanie Scharf, chair of the women’s commission, in a statement. “We applaud their achievements, knowing that their efforts will inspire a new generation of women lawyers.”

Brent arrived in the American colonies in 1638 and is considered to be the first female lawyer in the country. She was a master negotiator, an accomplished litigator and a prominent figure in the Maryland settlement.

The awards luncheon is Aug. 5 as part of the ABA Annual Meeting in Chicago. This year’s roster of recipients includes top litigators, jurists and women who are fighting for equal rights, social justice and inclusion.

Gillette is one of the country’s leading experts and speakers on gender diversity and equality. For 40 years, she was an employment lawyer and litigator and a major rainmaker at her firms, including Orrick, Herrington & Sutcliffe. But in 2015, Gillette decided to pursue her passion, resigning from her partnership at Orrick to become an author and keynote speaker. In her writings and presentations, Gillette focuses on career advice and how to bring change to law firm and corporate structures to increase diversity and inclusion. She is co-founder of the Opt-In Project, a nationwide initiative focused on changing the structure of law firms to increase the retention and advancement of women in the workplace. She has served on the women’s commission and on the Task Force on Gender Equity created by former ABA President Laurel Bellows in 2012.

Letts is a civil trial attorney and partner with Zuber Lawler & Del Duca who has litigated dozens of jury trials and more than 100 bench trials, often for Fortune 500 companies and governmental entities. Her defense experience also includes police misconduct claims and commercial disputes. Letts has longtime roots in Chicago’s political and legal communities. She began her career clerking from 1978 to 1980 for Justice Glenn T. Johnson, who served on the Illinois Appellate Court. Letts was on the 1983 transition team of Mayor Harold Washington. She has won numerous awards for her work with bar associations and legal aid foundations and has been in many ABA leadership roles, including as a member of the House of Delegates and co-chair of the Diversity and Inclusion 360 Commission. She also serves on the ABA advisory council for President Hilarie Bass’ Achieving Long-Term Careers for Women in Law initiative.

Photo of Judge Consuelo B. Marshall by Toyo Photography.

Marshall serves on the U.S. District Court for the Central District of California. A native of Tennessee, she began her career in LA as a deputy city attorney and the first woman hired as a lawyer by the Los Angeles city attorney’s office. From there, she began a lifetime commitment to public service and justice. Marshall worked in private practice with the high-profile law firm Cochran & Atkins before transitioning to the judiciary, serving as a Los Angeles Superior Court commissioner, Inglewood Municipal Court judge and Los Angeles Superior Court judge. She was appointed to the district court in 1980 by President Jimmy Carter. In 2001, she became the first woman to be chief judge of the Central District of California. She has served on committees for the 9th Circuit, the Association of Business Trial Lawyers and the Federal Bar Association. She’s also a member of the International Association of Women Judges and is currently on the RAND Institute for Civil Justice’s Board of Overseers and is a board member of Equal Justice Works.

Photo of Cynthia E. Nance by Russell A. Cotheren.

Nance was the first woman and first black person to be dean of the University of Arkansas School of Law, as well as the first female law school dean in Arkansas. As dean of the school from 2006 to 2011, Nance strengthened pro bono activities among the student body and helped the law school increase its minority enrollment to more than 20 percent. She is now the law school’s first director of pro bono and community engagement. Throughout her career, she has been a mentor to women and minorities and is committed to social justice, civil rights and women’s issues. She’s an advocate for victims of domestic violence and volunteers to represent them. She’s a member of the House of Delegates, representing the Section of Labor and Employment Law, and is on the Standing Committee on the Federal Judiciary.

Tchen co-founded the Time’s Up Legal Defense Fund, which provides legal support to people who have experienced sexual harassment in the workplace. She is also known for her roles in the Obama administration, in which she variously served as an assistant to the president, executive director of the White House Council on Women and Girls, and chief of staff to the first lady. Now a partner and head of Buckley Sandler’s Chicago office, Tchen has more than 30 years of experience in private practice and government service. She is also a leader of Buckley Sandler’s workplace cultural compliance practice, counseling companies on issues relating to sexual harassment, gender inequity and lack of workplace diversity. Over the course of her career, Tchen has handled complex civil litigation and enforcement matters in state and federal courts across the country. She also successfully argued before the U.S. Supreme Court on behalf of Illinois. n

This article was published in the August 2018 ABA Journal magazine with the title "Women of Distinction: The ABA honors 5 legal trailblazers with the Margaret Brent award, named for the first female lawyer in America."