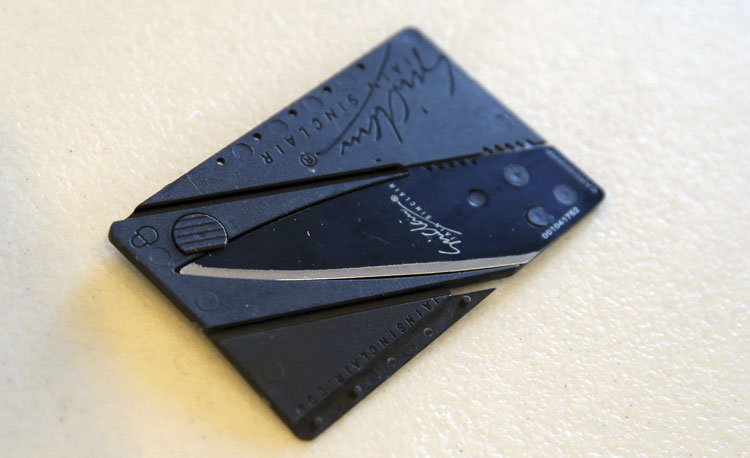 The credit card-style knife that was brought into the school building. AP Photo

Joseph Wahl, a 16-year-old student, inadvertently brought two credit card-size knives in his backpack to Brandywine High School in Wilmington, Delaware. He later explained that they were part of the inventory from his eBay business. School officials still punished him with a mandatory suspension under its zero tolerance policy on weapons.

Wahl and his father, Patrick, later sued and settled with the Brandywine School District, which agreed to revise provisions in its student code of conduct. “When my son was suspended, it never occurred to me how stupid some of these policies are,” says the father, whose actions led to passage of a bill in the state legislature that gives schools greater discretion when “weapons” are found. “How did it help to keep him out of school? I knew my son would be fine, and that we had the means to fight this. But what about less fortunate kids?”

Michigan State Rep. Andy Schor can relate to the Wahl story. His then-second-grade son brought a small Swiss army knife to school to sharpen his pencil. Unfortunately, another student pointed out that his son had a knife. “At this point, the school had no choice but to suspend him for several days,” Schor recalls. “The old system just doesn’t allow flexibility to consider the incident. A knife is a knife is a knife. A child gets suspended or expelled. It’s the law.”

Partly because of this incident, but more from hearing countless stories of a similar nature from constituents, Schor and several of his colleagues introduced a measure that provides greater flexibility to school administrators in these situations. The governor signed the bill into law, and it went into effect Aug. 1.

More than 25 states have amended their laws on zero tolerance in schools during the last five years.

The Pennsylvania legislature is considering a bill that would amend the language of existing law and switch the application of zero tolerance policies from the broad category of “weapons” to the more specific “firearms.” The Pennsylvania measure also provides that students may be subject to “out-of-school suspension and expulsion only after other behavioral supports and interventions have failed” unless the student’s conduct was of a violent or sexual nature.

In 2016, Illinois passed a law providing that “school officials shall limit the number and duration of expulsions and suspensions to the greatest extent practicable.” 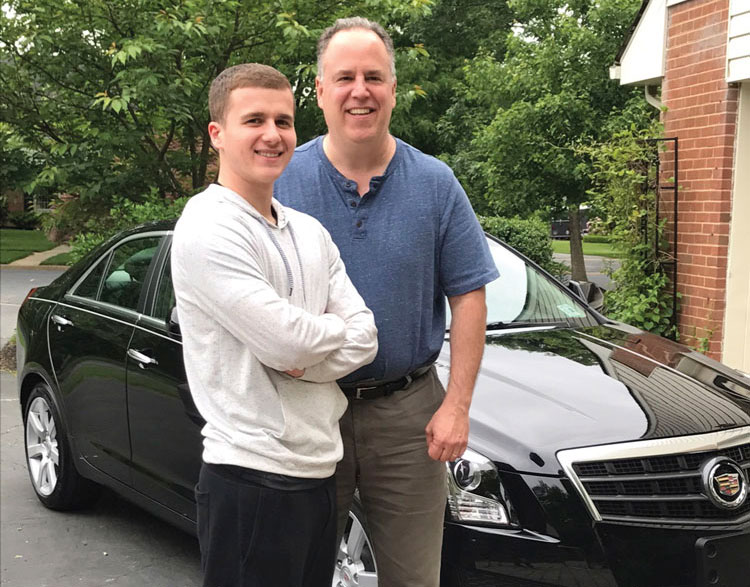 Patrick Wahl fought his son Joseph’s automatic suspension from a Delaware high school for bringing a credit card-style knife (sample above) into the building. Photo courtesy of Patrick Wahl.

Start of a movement

There is a growing awareness that zero tolerance policies are not the best way to do business. “School discipline, more than any other issue, is robbing the children of many communities of the possibility of a productive future,” says University of South Carolina law professor Derek W. Black, author of Ending Zero Tolerance: The Crisis of Absolute School Discipline.

“Positive legislation is tricky because there is no silver-bullet solution,” Black says. “Ending suspension alone would be counterproductive. Students will continue to misbehave, so we have to engage them constructively, not ignore them.”

Due to an editing error, the print version of “Zeroing In,” December, misquoted Kavitha Mediratta’s description of her work. It should have been described as examining the “racially biased effects of zero tolerance school disciplinary policies” on children’s education.


This article was published in the December 2017 issue of the ABA Journal with the title “Zeroing In: Legislators take aim at zero tolerance school policies."