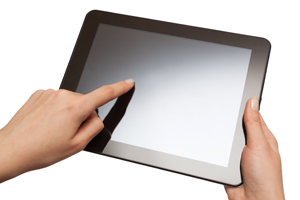 Regarding “100 Innovations in the Law,” April: Another major change is the active role of librarians as knowledge management, research, business development and corporate intelligence, records, recruiting, CLE, and litigation and practice support specialists—and anything else you can think of, because we have the research skills most other legal professionals lack.

As co-chair of the ABA’s Pretrial Justice Committee, I commend Jason Tashea for making the complicated notion of statistical criminal pretrial risk assessment less complicated (“Bond Ratings,” April). Nevertheless, a continuing misunderstanding among practitioners and the public is that we can never look solely at increases or decreases in new crime and court appearance rates without considering the most important outcome we have for bail: increases and decreases in our rates of release.

Some of our highest public safety and court appearance rates come from jurisdictions that unlawfully detain more defendants than the Constitution allows; moving toward more legal and evidence-based pretrial justice systems (complete with risk assessment instruments like the PSA-Court) might mean that those jurisdictions will actually see increases in new crimes and failures to appear for released defendants. It’s the price we pay to uphold our American notions of freedom and liberty, which require us to embrace the risk of release at bail despite knowing that some released defendants might commit a new crime or not come back to court.

We have assessed risk at bail since 400 A.D., and the PSA-Court is today’s state-of-the art tool for doing so. And while it might give us a good idea of defendant risk, using it should also remind us that even the most “risky” defendants who are released pretrial will still succeed up to 50-60 percent of the time, and that we can never predict who, exactly, will be in the group that fails. That’s why the most important purpose of bail is to release people before trial. And that’s why we should remember what U.S. Supreme Court Justice Robert Jackson wrote in 1951: “Admission to bail always involves a risk … a calculated risk which the law takes as the price of our system of justice.”