Letters: The World of Words 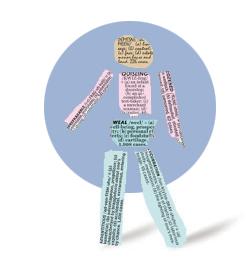 THE WORLD OF WORDS

Regarding Bryan Garner’s “It Really Does Pay,” September: If I had many hours to spend learning new words, I would choose to learn them in a foreign language instead.

Time spent learning even trivial words in a foreign language can expand the worldwide audience of people with whom one can communicate, sometimes adding millions or billions of people, depending on the language. On the other hand, time spent learning big words in English can end up shrinking the size of one’s audience, because often people stop paying attention when they do not understand the big words.

Thank you for adding Bryan Garner on Words to the Journal. I think he is the best addition to the magazine in the 32 years I have been reading it. In addition to being a fan of linguistic phenomena, I find his writing style to be incredibly entertaining despite the nature of the subject matter. He can make me laugh when I have no idea what he’s writing about.

I read regularly the new Practice column by Garner, who first came to my attention in 1991 while I was clerking for Judge Robert E. Keeton. I was gratified by Garner’s “Grinding the Ax for Clarity,” August, which gives Judge Keeton, then the chair of the U.S. Judicial Conference’s Standing Committee on Rules of Practice and Procedure, credit for the initiative to revamp the style of the federal procedural rules. To this day, I recall the judge’s keen sense of language and his excitement for that initiative.

Keeton’s other contributions to our legal system were also significant, as his books on judging, insurance law and torts attest. Clarity and transparency of thought and of language were high values. Having been himself a skilled trial lawyer (in addition to having served on the faculty of the Harvard Law School for many years), Keeton was an excellent judge, and my clerkship year was a truly remarkable, formative experience. 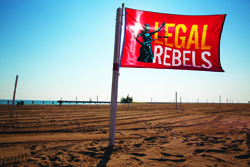 As a nonattorney mediator and a conflict resolution trainer, I can appreciate the rebel spirit of those in the legal world who are creating their own path with regard to their profession (“Legal Rebels—A Banner Year,” September).

I have chosen the path of a nonlegal, alternative dispute resolution practitioner because I believe most people just want to resolve disputes and get on with their lives and business rather than getting involved in protracted legal battles.

Too often, the law becomes a weapon used to subdue opponents or take advantage of those less informed about the law or with little access to adequate counsel. To be fair, lawyers also defend the rights of those who need legal representation and, in many cases, valiantly work on behalf of their clients to secure favorable outcomes. But all of that happens within the “legal system.”

I congratulate the “legal rebels” who are doing great work, making their unique contributions available to those in the legal profession as well as those outside of it looking to gain some understanding of the law. But I wouldn’t exactly consider this rebelliousness. For that, you need to find passionate mediators who can transform conflict outside of the temple of jurisprudence and who can provide anyone who is willing to learn the necessary skills to do the same. 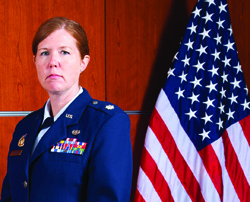 In “An Attack on Assaults,” September, it was suggested that a bill pending in Congress could be improved if it contained a provision that moved the final decision-making authority on sexual assault prosecutions in the military to a professional prosecutor and took this authority away from the commanding officer (convening authority), who does not “necessarily have law enforcement or legal training.” It was pointed out, by way of precedent, that professional prosecutors in the civilian system make the final prosecution decision.

The problem with this precedent is that prosecutors, at least in the federal system, do not make the final prosecution decision in felony cases such as this. A United States prosecutor does decide what felony cases will be presented to the federal grand jury—but this body, with no law enforcement or legal training, makes the final prosecution decision. 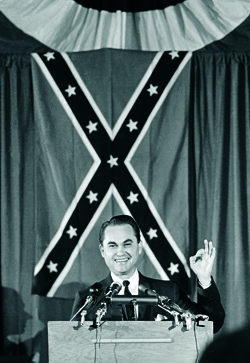 Regarding the September Precedents, “Gov. Wallace Halts Integration”: September 1963 was, indeed, the month when a few Alabama schools were desegregated in spite of Gov. George Wallace’s efforts. Your article gives a correct overall picture, but I think it important to correct the record on a couple of points.

Henry Lee was not admitted to the white school in 1963, though his brother Anthony was. The federal court order against Wallace was not based on his temporary closing of Tuskegee High School; it came when, the next week, Wallace ordered that only the white students could attend. On the delayed opening day white students passed through the phalanx of state troopers, while the black students were turned away. Wallace took similar action in Mobile and Birmingham. That is when all five federal district judges in the state joined in an order restraining the governor from interfering with the school desegregation. Finally, some white students initially attended Tuskegee HS with the 12 African-American students who ended up attending the school; however, the school’s enrollment soon became all black.

PHONES IN THE COURTS

Regarding “iIntimidated,” August: The Chicago courts’ ban on electronic devices is not uniform: Members of the news media; current or former judges; licensed attorneys; all law enforcement officers; all government employees; persons reporting for jury service; jurors (subject to the authority of the trial judges); building and maintenance workers; and equipment repair persons and vendors are all exempt—although their use of the devices will be limited to public areas of the courthouses.

The overall effect is to create a class system of “haves” and “have-nots” in buildings devoted to equal justice under the law.