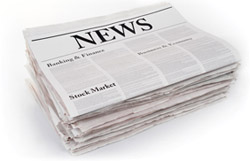 During his 30 years as a lawyer for the New York Times Co., George Freeman says, the “Gray Lady” faced four to five new libel suits per year, on average, and has had maybe eight pending against it at any one time. But that’s all changed.

Currently the New York Times is facing no libel suits, and the parent company faces just one in the U.S. “There’s been a fairly steep decline” in the last few years, he says. “The real question is whether it’s cyclical, as sometimes happens, although never quite to this degree, or whether there are other factors at play.”

Sandy Baron, executive director of the Media Law Resource Center in New York City, says the decline seems steepest among larger, more national publications. “When you get to more local media outlets, you may find that the decrease has not been particularly significant—if, indeed, there’s been a decrease at all,” she says.

Media lawyers have a variety of explanations. Court decisions dating back to 1964’s New York Times v. Sullivan have made succeeding in libel cases a tough slog, says Lucian Pera, a partner with Adams and Reese in Memphis, Tenn. “The law is simply unfriendly to plaintiffs,” says Pera, who represents only defendants but gets occasional calls from would-be plaintiffs, whom he usually tries to dissuade. “The difficulty and cost of bringing a libel suit is extreme.”

Plaintiffs lawyers typically take such cases on contingency, which means they’re weighing their chances vis-à-vis personal injury, medical malpractice and other cases when deciding what to put on their dockets.

“Serious potential plaintiffs counsel who take a hard look at the outcome of libel litigation over the last few decades … realize it’s not a great economic bet,” Baron says. “Another thing sophisticated plaintiffs lawyers have figured out is that the media is not quick to settle.”

Recession-driven budget cuts and the rise of online media, with its still-uncertain business model, have reduced the chances for controversy, says Houston lawyer David A. Furlow of Thompson & Knight, a former chair of the ABA’s Media, Privacy and Defamation Law Committee.

“That’s had the effect of limiting the funds available for the sort of muckraking, groundbreaking investigations that seem to draw defamation suits like streetlights draw June bugs,” he says.

Freeman thinks the Internet changes the playing field by providing for quick corrections. “They’re much more likely to be vindicated by having an editor correct it within minutes of its going online,” he says. “Then the person feels they were listened to.”

If a correction isn’t quickly run, a company can self-publish one on its website, says Stuart Karle, a New York City lawyer and former attorney for the Wall Street Journal.

“You can go out immediately with your own version of events,” he says. “There’s no reason you have to sit around and wait for the days it takes to make a correction—or the years it takes to win a libel claim.”