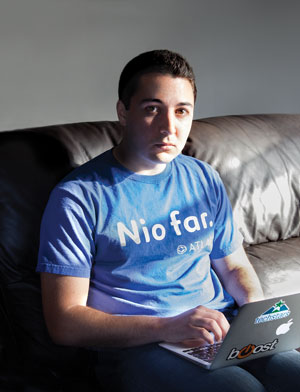 “This collaboration will not only help new companies navigate our regulatory system,” Schneiderman says. “It will also help provide insight to the state and the city about outdated or overly cumbersome rules, as well as about trends and needs in this rapidly growing sector of New York’s economy.”

Anyone looking to start a tech company in the city can get bread-and-butter legal advice from either the Cardozo Law Tech Startup Clinic or the Brooklyn Law Incubator and Policy Clinic. The clinics are supplying guidance on critical legal moves such as incorporation, employee option plans and trademark filings. Fordham offers more big-picture talks and seminars on the law for tech entrepreneurs.

“We help startups navigate these complicated waters,” says Aaron Wright, director of the Cardozo clinic. “Many decide to forgo legal advice until it’s too late or resort to either low-priced lawyers, who do not work with startups, or free online services like LegalZoom.”

HELP WITH A NAME SHOWDOWN

One of the big believers in the program is Mickey Costa, co-founder of AtlasCard, a Manhattan-based startup readying to launch a debit card backed by the bitcoin virtual currency.

Costa ran into legal problems early on creating AtlasCard: He discovered another company was using the same name. “I could never afford to bring someone to court, much less wait for a court to rule in my favor,” Costa says of the impasse.

Under the gun, Costa turned to the Cardozo clinic, which helped draft him a letter. Ultimately, those words scared off the other firm and convinced its creators to change their name.

“This other startup had raised 10 times the money I had and had already spent tens of thousands of dollars in brand consulting,” Costa says. “Winning this battle was huge for me and allowed me to continue to focus on building my business and product.”

Moreover, the quality of the legal work was outstanding, Costa says. “The law students I worked with provided memos that were beyond what I have paid for from top-tier firms in the city,” he says.

“I’ve found it exceptionally helpful to have access to Aaron Wright,” Alden says. “He’s worked at a startup before, which helps him automatically understand our business much better.”

Besides offering basic legal help, Schneiderman also wants the legal tech initiative to drive changes in business law that ideally will bring regulations in line with the 21st century.

Essentially, too many laws on the books did not anticipate the emergence of tech entities. One of the many examples of strange, new business animals: Internet companies that are able to operate in New York without having a physical presence there.

“While the initiative is just getting underway, we believe it will provide a great opportunity to identify laws that inhibit innovation,” says Julie Samuels, executive director of Engine, a tech startup advocacy organization. “There certainly are no shortage of outdated regulations that affect startups.”

Jonathan Askin, director of the Brooklyn clinic, adds: “The New York attorney general has increasingly been recognized as the thought leader among state attorneys general attempting to sort out effective legal and regulatory policies for the digital age.”