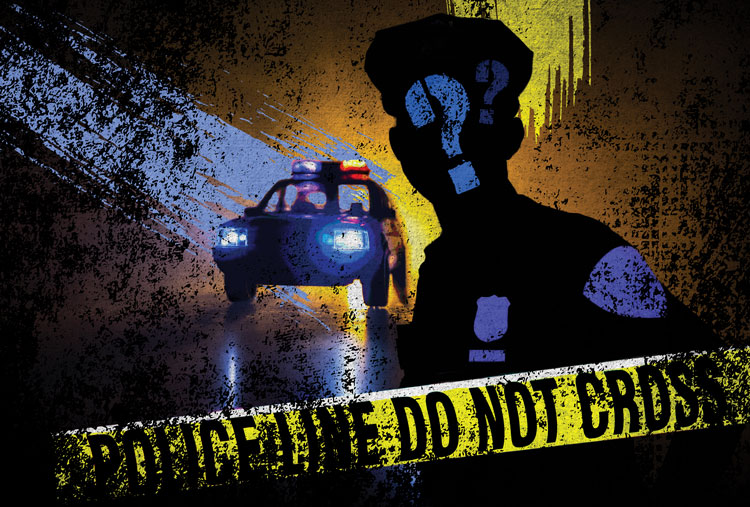 A new administration means a new approach to justice issues in America, but it remains to be seen what actions will be taken amid clamors for reform. There have been months of protests over police brutality and continued killings of Black people at the hands of law enforcement. And while President Joe Biden conducts triage, activists are seeking substantive change.

Policing in America is in crisis. This is not a controversial observation, a revelation or an alternative fact. Communities of color are overpoliced and brutalized. Law enforcement officers feel increasingly unappreciated and under attack. America has an unregulated and broken police system that must be overhauled. U.S. law enforcement needs a radical reset—the question becomes how that will occur and in what shape or form.

In the fall, the ABA announced the formation of its Legal Education Police Practices Consortium, which will help address law-related issues in policing and public safety, including “conduct, oversight and the evolving nature of police work.” Dozens of law schools have signed on to collaborate in the effort.

Over the next five years, the ABA will work with its law school partners to implement widespread standardized practices to “promote racial equity in the criminal justice system” and eliminate the disparate policing of Black and brown people that has resulted in an epidemic of shootings and racially motivated tactics like stop-and-frisk. The ABA joins a reform movement that has been working behind the scenes to train bias out of police departments and find policy solutions to systemic problems. Among others, Georgetown University Law Center’s Innovative Policing Program engages with stakeholders to rethink the role police should play in public safety, conducts trainings and offers certificate programs. The Center for Policing Equity at the John Jay College of Criminal Justice also trains officers nationwide with the goal of making law enforcement “less deadly and less racist,” according to professor Phillip Atiba Goff. In 2018, the New York Police Department instituted implicit bias training for its 36,000 officers.

But training bias out of law enforcement, eliminating the code of silence and stripping the sense of impunity and power is an uphill climb in a profession in which systemic racism has driven and informed practices for more than a century. And although these efforts have had mixed results, proponents are focusing on the upsides.

On the other hand, there are activists calling for stronger interventions. The rallying cry “defund the police” gained traction after George Floyd died under the knee of Minnesota Police Department Officer Derek Chauvin. It’s a refrain that’s been weaponized by some “law and order” hawks to stoke fear, and it’s a slogan in need of rebranding. The idea behind “defund the police” isn’t to eviscerate public safety and leave neighborhoods in chaos. Instead, the goal is to reimagine policing in America, partnering public safety with human services responsive to community needs. There will always be a need for police, but what shape that should take and how law enforcement should be resourced is a topic of hot debate. Will the old guard be open to and allow radical changes? Or should America’s Jim Crow-era policing model be scrapped and rebuilt?

Often when a police officer has killed, the defense is that it was a split-second decision based on a subjective danger assessment in that moment.

But what’s confounding is the rate at which police manage to not kill white people during their split-second decision-making compared with the rate at which they kill Black citizens under similar circumstances, usually with no imminent threat justifying deadly force. For decades, racial disparities and violence in policing has been a given, a footnote, forgiven. Policies and procedures within departments must be changed, along with the culture of “us against them.” It is a battle to change hearts and minds, bias and accountability.

There are approximately 18,000 police departments across the country but no federally mandated minimum requirements for employment or training and no continuing education standards. Most police officers are given a gun, a badge and carte blanche. They are rarely taught how to de-escalate situations or how to deal with mental health crises or implicit bias on the job. Instead, most training focuses on threat elimination. State-mandated minimums for police academy training are often less intensive than the requirements to enter a trade. A CNN analysis found that in some states, training hours for barbers, manicurists and refrigeration technicians surpassed the academy time needed to earn a badge.

In some countries, becoming a police officer requires a three-year degree, with ethics and human rights classes and even a thesis paper. In Scandinavia and many other Western nations, police officers in training are taught to use their guns as a last resort and are given a combination of personal interviews and psychological tests to determine whether they can be entrusted with a firearm and the power of the position.

By comparison, in Minneapolis, where Chauvin knelt on Floyd’s neck for 8 minutes and 46 seconds, incoming officers train for 16 weeks before they’re sent into the streets, where they are paired for six months with training officers. The lessons end there.

Reimagining police training is a crucial component of building trust with communities and ending the epidemic of police brutality. Nationalizing qualifications and training standards, more oversight of use of force, tracking problem officers and evaluating fitness to serve are just a few baselines that should be in effect when a lethal weapon and a license to kill are placed in an officer’s hands.

Police training is just one of a number of criminal justice issues the ABA Journal will be exploring in-depth as part of a new ongoing print and web series, Redefining Justice. We’ll be covering the evolution of criminal justice reform after Floyd and under the new administration—mass incarceration, bail and sentencing reform, qualified immunity and more—tracking this next-gen civil rights movement as it unfolds.