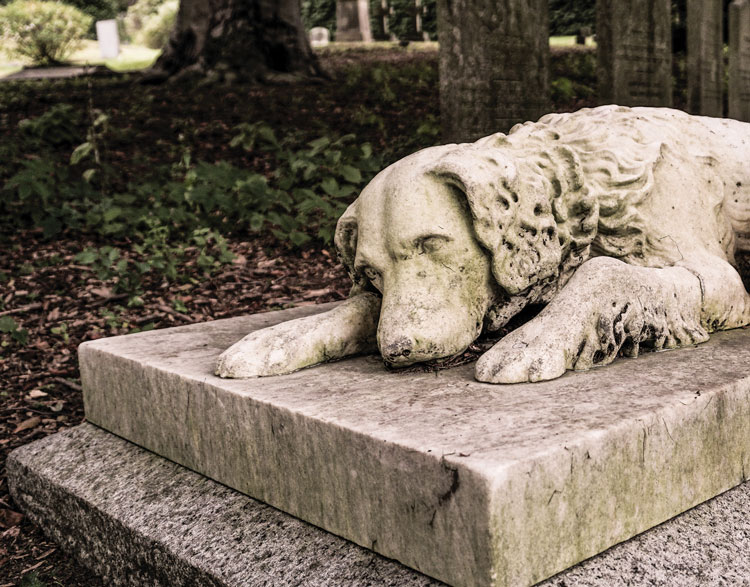 A MATTER OF TRAINING

These settlements have not only compensated the families involved but sent a message by illuminating the need for better training and more restraint.

“Law enforcement agencies across the country are getting slammed with settlements and judgments that are costing them thousands of dollars that could be better spent within their agencies,” says Chelsea Rider, director of the National Law Enforcement Center on Animal Abuse. “However, it can be easily addressed by simply providing training.”

Training is widely seen as a way to reduce the number of dogs shot and killed by police officers. Unfortunately, Lockwood says, while a number of states have passed laws requiring officers to undergo training, it often comes after a shooting has taken place.

Lockwood sees this changing, in part because of awards like the one to the owner of Vern. “I think the law enforcement agencies are realizing that you get a $700,000 settlement or $1.26 million settlement, and that’s a pretty serious hit,” he says. “The argument that we can’t afford the time or money to provide training obviously falls away when you realize the cost of not training.”

There is now a movement to create a training program that can be used nationwide. Dog aggression expert Jim Crosby, a retired police lieutenant from Jacksonville, Florida, who also headed two animal control agencies, is working with the National Sheriffs’ Association to develop the curriculum. Crosby expects to launch with a pilot program this year.

“This course will set national standards for officer training, with the goal of keeping officers, the public and dogs safe by giving officers the knowledge and tools needed in canine encounters,” Crosby says.

Even if every officer were trained, there are sometimes situations in which it’s appropriate—and legal—to use lethal force, he says. For example, in January in Toledo, Ohio, an officer who was attacked repeatedly by a dog while trying to evacuate a house during a fire shot and killed the dog.

But Crosby says he feels confident that by helping police officers learn how to interpret dog behavior and practice nonlethal management techniques, he can reduce the number of killings. “Most officers don’t want to shoot dogs,” he says. “To most of us, pets are family. Protecting them while aiding law enforcement is essential.”

THE COST OF BRUTALITY

John Thompson, deputy executive director of the National Sheriffs’ Association—who is recognized as a leader in bringing concerns about animal welfare to the law enforcement realm—says he is hopeful that the training curriculum will be warmly welcomed, at least in part because of large judgments like the one for Vern’s shooting.

“Pets are people’s families now. The courts are starting to realize it,” he says, adding that even with all the incentives in place, he expects change might not come quickly enough. “I have this feeling and fear there’s going to be a lot more shootings before we can get the training out.”

Hansel of Baltimore says he’s optimistic that the judgment in Vern’s case, along with other large awards, will help lead to more training and fewer shootings. “Unwarranted police violence has its roots in the same place, whether the victim is an innocent person or an innocent animal,” Hansel says. “Until society raises the cost of police brutality and punishes it appropriately, it will continue to affect all of us—those we care about and even our pets.”

Reeves says that for his family, their lawsuit was never about money, although a large judgment sends the strongest possible message that police officers need serious training so that other dogs do not get killed.

“There are steps that should be taken so it doesn’t happen in the future,” he says.

“Pet Threat,” April, misidentified Chelsea Rider as an attorney. She does hold a JD.


This article was published in the April 2018 issue of the ABA Journal with the title "Pet Threat: Courts are awarding significant damages to families whose dogs are killed by police."