From interracial marriage to animal issues, Philip Hirschkop has fought for justice for all 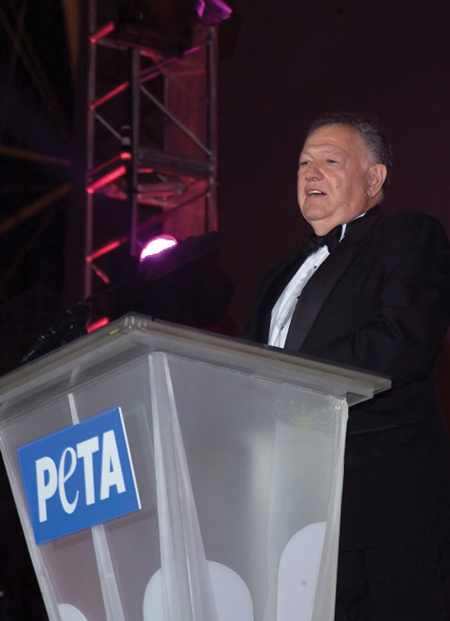 In 1963, Philip Hirschkop was walking toward the Georgetown University Law Center when he ran into his constitutional law professor. The chance encounter led to a meeting with the attorneys who’d met with President John F. Kennedy earlier that day in the aftermath of the bombing that killed four black girls at the 16th Street Baptist Church in Birmingham, Alabama.

The meeting ignited Hirschkop’s passion for social justice. “I had a lot of social drive in terms of equality,” he says.

No exaggeration is in that statement, as Hirschkop’s passions have taken him from civil rights cases to his current position as outside general counsel for the animal rights group People for the Ethical Treatment of Animals.

Ingrid Newkirk, PETA president and co-founder, has high praise for Hirschkop. “As our in-house general counsel says, ‘He has forgotten more than I’ve ever known about the law.’ I can trust that Phil will think of—and dare to do—something that no one else might, including asking judges to recuse themselves or bringing sanctions against the opposing counsel.”

When he learned that many civil rights lawyers in the South were African-Americans in solo practice with no support staff, Hirschkop co-founded the Law Students Civil Rights Research Council. By summer 1964, Hirschkop was supervising about 100 law students, clerks and paralegals who provided support on civil rights cases.

He has since argued such landmark cases as Loving v. Virginia, which delivered a death knell to anti-miscegenation laws; Kirstein v. University of Virginia, which allowed women to enroll at Virginia universities; and Johnson v. Branch, one of the earliest decisions that protected teachers’ rights to protest.

Surprisingly, Hirschkop’s first legal position was as a patent examiner in the U.S. Patent and Trademark Office. “It was really not stimulating to me,” he says. But the position allowed him to use his mechanical engineering degree from Columbia University while he earned a law degree from Georgetown, which he received in 1964.

While Hirschkop continued to take on civil rights cases, many on a pro bono basis, he also had to earn a living. He moved to Capitol Hill, and his boss was Richard Ichord Jr., a Democratic representative from Missouri and chair of the House Un-American Activities Committee. Hirschkop lasted a few months there and later became a vice chair of the National Committee to Abolish the House Un-American Activities Committee, which later became the National Committee Against Repressive Legislation and now is the Defending Dissent Foundation.

By the late 1960s, Hirschkop turned his focus to the war in Vietnam. He argued cases that defended the rights of individuals and groups, including veterans, to protest against the war.

That Hirschkop would take on these cases might seem to be a jarring contrast to his service as a Green Beret in the U.S. Army Special Forces. “It was a wonderful experience, and I’m glad I did it,” he says. “I also believe in this country. I believe in what Winston Churchill said, that [democracy is] the best system we have.”

At the same time, the war in Vietnam made no sense, Hirschkop says. “I honestly believed we were trying to impose our system of government on other people who didn’t want it. I didn’t think it was a justifiable war.”

Just as important, he thought the protesters had a right to speak out.

That conviction informs Hirschkop’s work with PETA, where he has been outside general counsel since 1980. PETA’s legal department was named after Hirschkop in November.

His defense of PETA president Newkirk against a charge of soliciting led to a not guilty verdict and an agreement from the Fairfax County Park Authority to stop hosting rodeos. Newkirk was handing out pamphlets at a rodeo and was arrested at Frying Pan Farm Park in Herndon, Virginia.

“He can find arguments within arguments,” Newkirk says. “He knows how to dig deep, and he has a beautifully developed brain along with a memory that never seems to quit.”

Hirschkop has received death threats, especially when he handled civil rights cases. But his work on Koehl v. Resor, which centered on the right of a leader of the American Nazi Party to be buried in a national cemetery as a U.S. veteran, came at a more personal cost.

When the American Civil Liberties Union asked him to take on the case, Hirschkop declined. His friends in the ACLU challenged him, arguing that the essence of the suit centered on free speech. Hirschkop took the case.

Although he tried to explain the principles he was fighting for to his parents, they refused to talk to him for two years. “I did the right thing,” Hirschkop says. “It was a terrible, terrible experience.”

Hirschkop considers the opportunities he’s had to argue before the U.S. Supreme Court an honor but says his skills shine in trial court. “A good trial lawyer is a bit of a private eye,” trying to determine what really happened, he says.

“I feel good about the work I’ve done,” he says. “I’m more than amply paid, just internally, when I look at my pop’s and mom’s picture and say, ‘You know, I did good for you.’ ”

This article originally appeared in the April 2017 issue of the ABA Journal with this headline: "Justice for All: From interracial marriage to animal issues, Philip Hirschkop has fought for their rights."