Philippe Sands: From London to Lviv 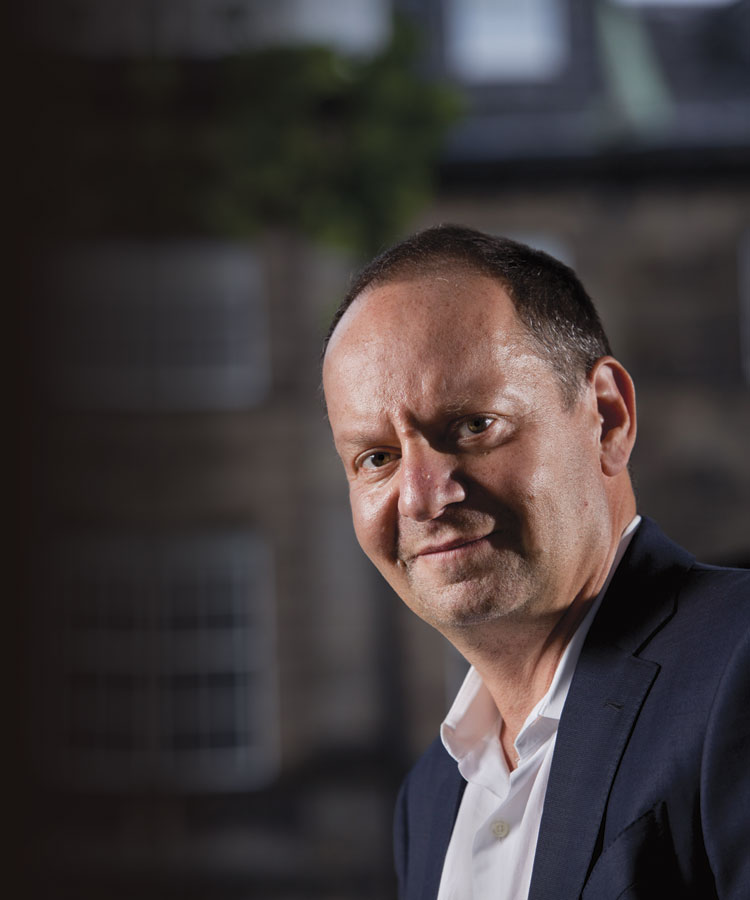 Philippe Sands, the author of East West Street: On the Origins of Genocide and Crimes Against Humanity, was interviewed by James Podgers for the ABA Journal. Here is an edited transcript of that interview:

James Podgers: It seems safe to say that you wouldn’t have started on the journey that resulted in this book without your own involvement in human rights law, so I wonder if you could start by telling me a little more about yourself and your career as a human rights lawyer, how you entered that field, and really what that term actually means.

Philippe Sands: That’s not addressed in the book, so let me give you the potted version.

But in 1983, I went off and spent a year in the States. I had an American girlfriend and I went to live in Cambridge, Massachusetts, and I was a visiting scholar at Harvard Law School. And that was an extraordinary year, actually, because it opened my world completely to a different way of engaging with the law and seeing the interconnections between law and politics in ways that I’d not been taught.

I then received, out of the blue, in the spring of 1984—I was living in a little apartment with my girlfriend above the Grolier Bookstore in Harvard Square, and I got a letter from Elihu Lauterpacht, a son of Hersch, saying that he was creating a new research center for international law at Cambridge University: Did I want to apply for the first job as a young academic? I applied, I got the job, and I then spent four years working with Eli Lauterpacht.

Of course, remarkably, we did not know then, in 1984, what I know now, namely that his father and my great-grandmother lived on the very same street in a small town outside Lemberg. [Editor’s note: That town, known previously as Zolkiew, is now Zhovkva, near Lviv, which was known during the war years as Lemberg. During the war, both were in German-occupied Poland; now they are in western Ukraine, close to the Polish border.] I wrote with Eli for four years, working on international disputes about investment, actually, ICSID [International Centre for the Settlement of Investment Disputes] and that kind of stuff. And then at the same time, I qualified as a barrister, and then I got my first of various other teaching jobs at London University, where I’ve been ever since. And I’ve combined, ever since, a practice in international law with teaching international law at London University.

For the first 10 years, from about ’89 to ’98, I worked in the field of environment and natural resources. And then a total change came in 1998 and three things happened. I started working with the small island states on the negotiation of the Rome Statute creating the International Criminal Court, Sen. Pinochet was arrested in London and I got involved in that case, and I got involved in the proceedings in the Ad Hoc Criminal Tribunal for the Former Yugoslavia involving genocide and crimes against humanity, and so my world changed on its axis.

[Editor’s note: Gen. Augusto Pinochet, the Chilean dictator for 17 years, was given the honorary title of “senator” after stepping down as president in 1990 and head of the army in 1997. In 1998, Pinochet was arrested in London and held for 17 months on a warrant seeking his extradition to Spain on charges of murdering and torturing Spanish citizens in Chile. He died in 2006 in Santiago, Chile, with none of the legal cases against him being resolved.]

And all of this coincided with the death of my grandfather, and it must have opened up a door which lay sort of dormant from ’98 until about 2010, and then I get this invitation to go to Lviv and the rest is history; the rest is the book.

I should say that the other thing that’s worth noting is, throughout this crucial period, ’98, ’99, 2000, there are two other things that are relevant. Firstly, I was spending half the year in the United States. I was a global professor of law at New York University law school, so the U.S. connection was absolutely huge. And I was in New York on September the 11th, 2001, with my youngest daughter, and that had a very, very big impact. And around this time also we set up our new barristers’ chambers. I founded Matrix Chambers, which you will possibly be aware of. I founded it with a number of people, including [former British prime minister] Tony Blair’s wife, Cherie Blair. And so these two worlds came together.

I had also married. I’m married to an American, to a New Yorker. My kids are all American. And so the transatlantic access is incredibly important. I probably spend two or three months a year in the States. I visit about eight or 10 times a year, and I do a lot of cases based out of Washington.

Podgers: You mentioned the lecture in Lviv in 2010. And in the book you mentioned that it gave you the opportunity to explore the city where your grandfather grew up. You knew him well into his old age and your adulthood. But as you have pointed out, you didn’t really know much about the background on his early life or his family. What triggered your interest in that story?

Sands: My grandfather lived until I was 36 years old. He died in the spring of 1997, so I knew him very well indeed. But from childhood there was just a no-go area: Don’t ask about what happened before ’45. And so me and my brother, like many people, I think, in that kind of context, just avoided opening that door.

And what happened was, I was sent this invitation to go to Lviv. And it must have coincided with my reaching a certain age. I was 50 that year. I had kids who were getting to be teenagers and stuff, and I think you just reach a point where you’re able to engage, open doors that have been shut. It’s less painful for the third generation to do that. And I think that is what happened.

But my grandfather had a very big influence in my life. I’m just at my home office in London, and I’ve got in front of me the first law book I ever had, which is an Anglo-French law dictionary in which he inscribed something very sweetly in it. And I think he must have subconsciously pushed me towards the law, and I must have subconsciously been directed towards international law.

Podgers: So was it by chance that you discovered that the two academics, Raphael Lemkin and Hersch Lauterpacht, also had connections to Lviv?

Sands: I had no idea. Absolutely no idea. I had known Lauterpacht’s work, I’d known Lemkin’s work. I knew that my grandfather came from Lviv. And it was only in that summer of preparation that I realized, as I read myself into Lauterpacht and Lemkin, that they originated from the same place. And, of course, what I didn’t know then, back in 2010, was the point of connection became even closer, when I learned that Lauterpacht was born on East West Street in Zolkiew, and that’s where my great-grandmother was born.

I remember sitting down with Eli Lauterpacht—who’s still alive, very ancient, very elderly; he’s about 86, 88 years old now. I was with him a couple of weeks ago, and we were just laughing that we’d known each other for 30 years and had no idea that we were connected to East West Street in this way. He was a very important person in my life because not only did he get me my first job as an academic, but I did my first cases as a barrister in the international world working with Eli Lauterpacht, so he’s a hugely important person.