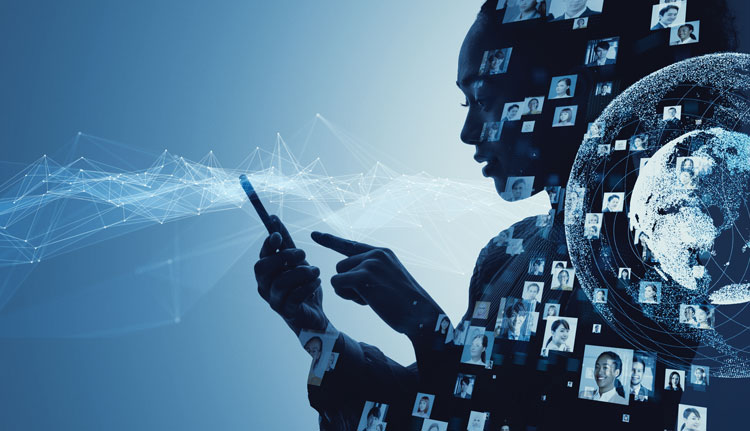 While attendees of ABA Techshow 2021 won’t get to walk through a bustling exhibit hall or dine together at one of Chicago’s many pizzerias or steakhouses, organizers of what will now be an all-virtual gathering because of the coronavirus say they still hope to foster a strong sense of community.

They plan to do so by providing opportunities for tech aficionados to gather online to discuss topics of interest and through offering a mix of digital social activities during the March gathering with the theme “Technically Together.”

The co-chairs of the event’s planning board are hopeful that members of the legal industry who have not been able to travel to Chicago previously for Techshow because of financial or time constraints, among other reasons, will join the fold virtually.

“While saddening that we are not going to sit and chow down on deep-dish pizza—at least, together—we are going to be opening the experience to people who have never had the opportunity before,” says co-chair Allan Mackenzie, founding partner of an Arizona-based legal technology consulting firm.

“This is a great opportunity for our audience to expand to the folks we have been trying to reach forever,” adds co-chair Roberta Tepper, director of the State Bar of Arizona’s lawyer assistance programs.

Additionally, the organizers are optimistic that hosting the event virtually will allow them to attract a larger number and more diverse slate of speakers. (They had yet to announce a keynote speaker at press time.)

Despite the new format, the co-chairs say the gathering will feature plenty of elements familiar to regular attendees, including a broad array of continuing legal education sessions. Such programming will include tracks covering core technology concepts, litigation, the future of the profession and marketing, among others.

“We are working very hard to make sure our educational offerings are as robust and diverse as they have ever been,” Tepper says.

Attendees will also have an opportunity to interact with Techshow vendors digitally. The Startup Alley competition that has kicked off the festivities in recent years and features legal innovators showcasing their companies will be part of the virtual event as well.

The conference is slated to run for six days—from March 8-13—which is longer than previous years, but the programming hours will be shorter.

Mackenzie says the schedule was revised in recognition that attendees will be in different time zones and would not want the programming to start too early on the West Coast or end too late on the East Coast.

Beyond not having the expenses of airfare, lodging and meals for an in-person conference, attendees also will benefit from registration rates expected to be less than half of those of prior years, organizers say. They are hopeful this will boost registration for the event, which drew about 2,000 people, both attendees and vendors, to Chicago in each of last two years.

“It is going to be a much more affordable show,” says Mackenzie, who encourages law firm leaders to have their associates, paralegals and interns attend as well.

The organizers acknowledge there are many challenges involved with a virtual gathering, particularly trying to re-create the social aspects that are so prized and ensuring the necessary technical elements function smoothly. But they say they have been gathering best practices from other virtual conferences held this year, such as the ABA’s 2020 Annual Meeting in August, and they are excited about pioneering a new kind of Techshow.

Tepper and Mackenzie also say the continued spread and rising death toll from COVID-19 in recent months has left them feeling they made the right call to go virtual, a move that was announced publicly in July.

Illinois Gov. J.B. Pritzker released a reopening plan earlier this year indicating that for an in-person event the size of Techshow to take place, there would need to be a widely available vaccine and the spread of COVID-19 curtailed for a sustained period. The organizers say it became clear that under those circumstances, Techshow could not go forward as usual in early 2021.

“We couldn’t take the risk of putting anyone in a situation where either they place themselves in jeopardy to attend live or they felt like they couldn’t attend Techshow because there was no safe alternative,” Tepper says. “This was our safest, our most secure and our most thoughtful alternative.”

This story was originally published in the Winter 2020-21 issue of the ABA Journal under the headline: “Virtual Reality: Planners hope Techshow 2021, which will be all-virtual thanks to the coronavirus, will attract a wider audience”