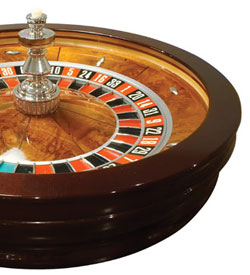 The words fantasy player and U.S. Supreme Court have never had a reason to be heard in the same breath, but for any law geek who’s ever dreamed of serving as the 10th justice, your fancy now can be fulfilled. The year-old website FantasySCOTUS lets aspiring Supreme Court justices, legal pundits and those of you with a tad too much time on your hands predict the outcome in pending U.S. Supreme Court cases.

Complete with YouTube videos and social media plug-ins, the site found at fantasySCOTUS.net is the brainchild of 26-year-old lawyer Josh Blackman, a law clerk for a federal judge in Pennsylvania and a teaching fellow at Pennsylvania State University’s Dickinson School of Law. He founded the site after graduating in 2009 from George Mason University School of Law.

“It was really spontaneous,” Blackman recalls. “We were waiting on the Citizens United cases. I asked a friend, ‘Wouldn’t it be funny if Vegas put odds on the Supreme Court?’ ” That triggered Blackman, who has a computer science background, to build FantasySCOTUS. When it launched in November 2009, he expected just a few hundred “hardcore law nerds” to play. But within 24 hours, the site had 1,000 users. “It was totally viral. I didn’t spend a penny on marketing.”

By the end of last term, more than 5,000 professors, law students and appellate litigators were playing FantasySCOTUS. The game is especially popular among law clerks. But not to Blackman. “I’m not smart enough,” he explains. “The game is really kind of hard. You have to understand esoteric ERISA cases, for example.” Top players are about 70 percent accurate.

FantasySCOTUS is free to play and no money is wagered. But that doesn’t mean the winner isn’t rewarded. Last year Justin Donoho, who led the league in predictions, won the website’s inaugural Golden Gavel trophy, the coveted FantasySCOTUS chief justice title “and an interview with you guys,” he quips.

At the time Donoho was clerking for a 7th Circuit judge. “It was my job to stay involved with the Supreme Court.” To win the title, Donoho spent two hours a day reading oral arguments, transcripts and briefs. “I gained a much better understanding of the Supreme Court and the docket,” says Donoho, now an associate at Grippo & Elden in Chicago.

FantasySCOTUS players join leagues and compete for badges by predicting votes of particular judges (guess the subject of the Neck Doily Badge). Users with the fewest points in their leagues receive the dreaded Borked Badge.

Scoring is the most complicated aspect of running FantasySCOTUS, Blackman says. With splits and pluralities, “trying to characterize results is almost impossible.” A handful of users were booted for cheating—they altered predictions immediately after decisions but before Blackman could update the site. Now he takes the site down on decision days.

An aspiring academic, Blackman also has developed a version of the website for high school students at fantasySCOTUS.org. The offshoot was unplanned, but Blackman says he developed it after teachers began asking for it. So far an estimated 200 teachers and 1,000 students play.