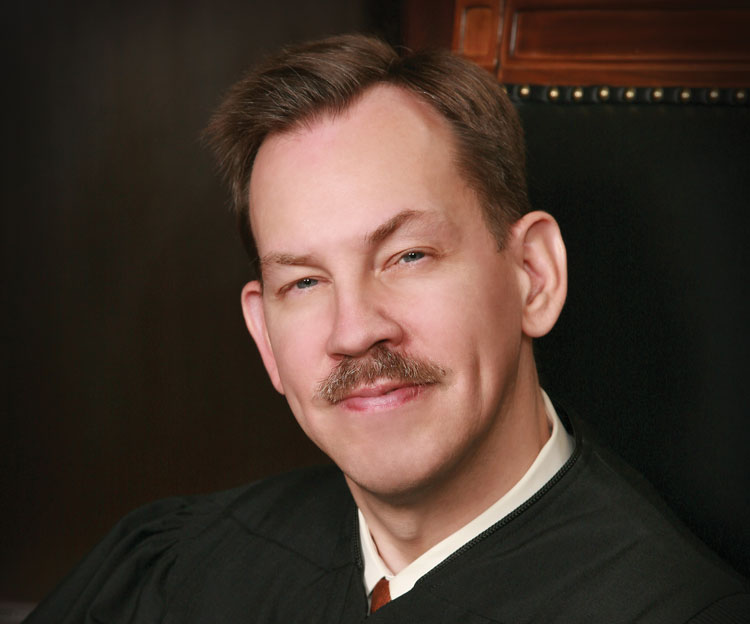 I became a lawyer because I couldn’t dig a ditch—at least that’s what my mother told me.

Nobody—except my mother, perhaps—thought I could become a lawyer. I was born in 1963 with cerebral palsy, which, even after many surgeries and much physical therapy, left me with only one functioning arm and a severe speech impediment. I did not learn to walk on my own until I was 9 years old, and then only by using a forearm crutch with my good arm.

Although I had excellent medical care through my father’s insurance at work, I was not guaranteed any kind of public education. I doubt that very many even considered protecting the civil rights of people with disabilities in the 1960s. When I became school-age, my mother went to enroll me in our neighborhood public school, but school officials told her that I could not enroll until she proved that I was intellectually capable of learning. So she had me tested. The psychologist who tested me determined I had an IQ of 129 and said he was embarrassed to test me because I was obviously capable of learning and should be in school.

The school then relented and let me attend. On the fourth day, however, school officials told my mother that they were not equipped to handle a child with a disability and refused to let me continue. My 6-year-old heart was broken. My parents met with the local school board and other county officials and threatened legal action if I wasn’t allowed back in school. After much wrangling, the matter was settled when the principal of a school across town, which had experience with children with disabilities, agreed to let me attend his school. My parents drove me back and forth across town daily for the next six years until I went to junior high school.

During those drives, my mom reminded me that I had to get good grades so I could get a job using my mind because—you guessed it—I couldn’t get one digging ditches.

One thing I could do better than most kids was reading, and I read everything. I read a lot of history, and I soon became enamored with Abraham Lincoln. I appreciated that he had a hard life growing up, as I thought I did, and nevertheless did great things, as I hoped to do one day, too. He was a lawyer, and I decided that I would be, too, even though I didn’t really know what being a lawyer meant.

Still, I had a speech impediment that made me hard to understand, and I was terrified of speaking in public or speaking to anyone I did not already know. I knew it would not stop me from being an attorney, but I thought I would be a researcher and writer, an adviser, rather than an Abraham Lincoln-type courtroom attorney. In high school, I had to take a communication class, and the teacher took me aside one day and insisted that I join the school’s speech-and-debate team. I didn’t think I was capable of doing that, but the force of his personality swept me up, and I joined. He worked with me daily, and I learned to speak more clearly and got over my fear of speaking in public.

When I graduated high school, my parents and I moved to Arizona so I could go to Arizona State University. I majored in business administration, even though I would have preferred to get a history degree. The guidance counselor thought my job prospects would be better with a business degree. She was unswayed by my assurances that the undergraduate degree did not matter because I was going to law school.

Despite the counselor’s misgiving about my prospects, I graduated first in my class and was accepted into ASU’s law school. There, I took all the business law-related classes I could because I still thought I would be a backroom transactional attorney, not a courtroom attorney. I continued to think that, even after being selected as a member of ASU’s national Moot Court team and doing well at it.

Although I was in the top 20 percent of my class, I had trouble finding a summer clerkship with a law firm. I looked good on paper, but one look at me walking with a crutch and hearing my speech impediment—albeit a much milder one than when I was younger—and firms decided that I didn’t fit their needs. Nevertheless, one firm heard good things about me and offered me a job. The attorneys at the firm liked my work, including my work in the litigation department, and they offered me a job in the banking department, drafting loan agreements and deeds of trust. They told me they were glad that I wanted to work in that department because even though I did good work in their litigation department, they “didn’t see me”—meaning they didn’t think I was capable of being—in the courtroom. It sounded demeaning to be told that, but I needed a job, so I didn’t protest.

I didn’t protest either when the partner I worked for told me that he would meet with prospective clients first to “prepare” them to meet me. Again, I didn’t say anything because I needed the job; I was prepared to accept the circumstances my life handed me and get on with my career. What I wasn’t prepared for, though, was the downturn in the real estate market in 1988. The firm saw their real estate work dry up, and as the last hired, I was the first laid off. I thought my legal career had ended three months after it had begun.

Within the month, however, I found a job as an appellate prosecutor in the criminal appeals section of the Arizona Attorney General’s Office. It was just like being on a permanent moot court team but getting paid for it. I wrote briefs and argued appeals in the Arizona Court of Appeals, the Arizona Supreme Court and the 9th U.S. Circuit Court of Appeals in San Francisco. Nobody ever told me they “didn’t see me” in the courtroom; my bosses handed me an appeal, told me to go do it, and I did.

After 12 years, I was promoted to be chief counsel of the criminal appeals section, and I supervised and directed 20 attorneys in drafting briefs and arguing appeals.

I even argued a case before the U.S. Supreme Court: Clark v. Arizona. I believe I am the only person with cerebral palsy to argue before the Supreme Court. After that, I was recruited to do appeals at the U.S. Attorney’s Office for the District of Arizona and soon became the deputy appellate chief, supervising the appeals from the Phoenix office.

In 2012, Arizona Gov. Jan Brewer appointed me as a judge on the Arizona Court of Appeals, where I now sit.

And all because I couldn’t dig ditches.

Randall M. Howe has been a judge on the Arizona Court of Appeals since 2012. He serves on the ABA’s Commission on Disability Rights and is a member of the Board of Directors of United Cerebral Palsy of Central Arizona.

This article appeared in the June 2019 issue of the ABA Journal under the headline: "Law Without Limits."