How to build a clientele through contacts, communication and confidence 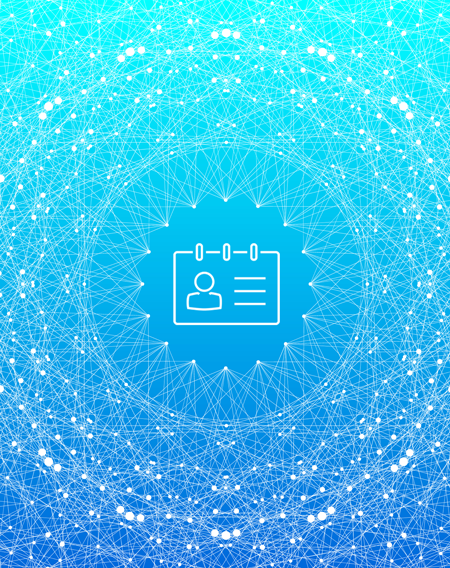 Toya Gavin started her solo law practice really lean—like “no clients to speak of” lean. That was in January 2015. She now has a thriving practice in South Orange, New Jersey, with referrals that come in regularly from current clients, former clients and other attorneys.

Gavin, a prosecutor in Newark for 4½ years, now specializes in law for small and online businesses.

“I’ve always been interested in entrepreneurship and business,” Gavin says. “And after my years as a prosecutor, I wanted to work with folks who were following their dreams or looking to build or add something to their community. I wanted to be part of those dreams and help people accomplish them.”

How did she make that jump? The actions were all her own, but they can be summed up in one word: marketing. She also drew on her network connections to get client referrals.

“My initial network included many defense attorneys. Then I expanded by joining groups online and talking to friends and family members in small business,” she says. 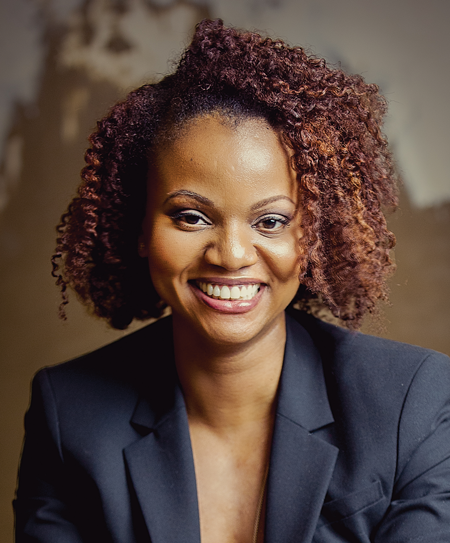 “I used my initial network for client referrals, advice on practice management [and] courses,” Gavin says. “I also found Solo Practice University online and signed up. SPU was very helpful because there are courses and discussions on every facet of a solo practice.”

Within two weeks of starting, Gavin was handling per diem criminal law work for other defense attorneys she had met as a prosecutor. “I covered court hearings. These opportunities happened because of my network,” she says. About two months later, she had her first official client.

“I was optimistic and fearful, but I am also very determined,” Gavin says. “So I did a lot of work prior to starting my practice to manage my fear. I ultimately knew that the worst thing that could happen was that I would have to get another job.”

Coleman Watson, an intellectual property and patent attorney in Orlando, Florida, started a solo practice in July 2015 without clients but with two prospects who eventually became clients.

Less than a year later, Watson had two part-time contract patent attorneys on his payroll. And now he has a three-attorney firm.

Watson attributes his quick ramp-up to aggressive marketing. “The first thing I did to acquire clients was to advertise on FindLaw,” he says. “The advertising was directed at people seeking an attorney in the tech space.”

“I wrote about tech issues, matching the interests of readers of these magazines. The result was some people who read my articles contacted me and became clients.”

He quickly acquired clients, and his first year in business was profitable. But “it was not enough to make a living. I made up the difference with a line of credit,” Watson says.

Pouyan Darian is another attorney who hung his shingle without a single client. “Starting a law practice without clients forced me to find creative ways to generate clients within the ethical rules,” says Darian, an immigration law and deportation defense lawyer in White Plains, New York, who’s been in solo practice since September 2014.

“Pro bono work was a supereffective [means] for me to acquire clients,” Darian says. “I gave free talks about immigration scams and shady deals. Many people are misinformed. I talked with community leaders and told them I was starting a law practice. I got a lot of referrals this way.”

One of his biggest challenges in starting up was building and maintaining confidence in his own abilities, according to Darian. “Most people around me, including my friends and family, told me I was not ready to start my own practice,” he says.

Before he attended law school, Darian had some sales training, which he says helped develop skills he used to sell his services to clients. Running a solo law practice is like any other business, Darian says, and owner-attorneys are salespeople—whether or not they admit it.

“While the vast majority of my clients are low income, most do not have issues paying for ... a $1,500 deposit and making monthly payments of $500,” he says.

“The key is to work out a payment plan that the client is able to meet and adjust payments on a case-by-case basis, so that clients do not default. The reality is that many immigrants have large family and social structures,” Darian says, “And although they may individually earn less than the average U.S. citizen, they have access to pools of cash for emergencies and can usually borrow from family members.” 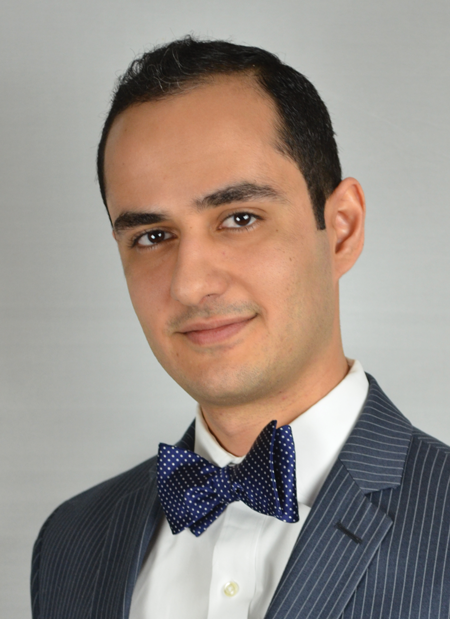 “A website is essential,” he says. “A website helps establish credibility, and people and clients expect it.”

William C. Peacock, a family attorney and marketing consultant for lawyers, agrees. “It’s the best marketing tool for a startup,” he says. Peacock, whose law office is in Long Beach, California, started a full-time solo practice in January 2015. But by the end of that year, he had joined a larger firm.

It could cost $5,000 or more to create a site using a website builder, Peacock says. “But for lawyers just starting up who are tech savvy, they can do it themselves much less expensively using WordPress,” he says.

Web hosting by an internet service company that provides a site address and internet connectivity can be found for as little as $1 per month from GoDaddy in the first year, according to Peacock. Prices will increase in the second year.

For attorneys unable, or without the time or inclination, to build their own sites, professionals specializing in websites for lawyers can create one for you.

A recent study by the ABA Law Practice Division’s Social Media, Legal Blogs and Websites Interest Group found that a median market cost for a website was $5,096.

Zola Media can create a simple website for $1,800, according to Fred Cohen, founder and CEO of the Port Washington, New York, marketing company.

“We can build more complex websites for $10,000 and up,” Cohen says. “We can design the imagery, color scheme, create the content and secure the domain name. If the client wants a blog, we can create and write it for them.”

The website creation process begins with a consultation between designer and client: The practice is discussed, the target market is determined, a vision for the site is established, a unique value proposition (how the service differs from the competition and benefits customers’ needs) is set up, and goals are created.

Although it’s not strictly a marketing tool, Correia recommends that website designers include an e-commerce capability in their design so clients may pay by debit or credit card. “This will cost extra, but it makes it easier for clients to pay the attorney,” Correia says. “Clients also pay more quickly if this payment option is available.”

He encourages lawyers to include pictures on their websites “to create a more visceral connection with viewers.” Correia also advises lawyers to get a professional headshot, not a selfie, and publish it with a biography. “Lawyers should also consider including their photos on business cards,” he advises.

Still, despite the elaborate website options available from professionals, “there’s no need to spend money on a superfancy website,” Correia says. “All you’d need is a landing page and a place to publish content.”

Website directories that list attorneys and might include client reviews—such as Avvo, FindLaw and Martindale-Hubbell—can help prospective clients find lawyers. But not all of them get great reviews.

“Startup lawyers should absolutely place themselves on directories for reasons of exposure online the way more experienced attorneys would,” Correia says. “Startup attorneys, however, should keep in mind that their ratings on such services like Avvo will grow as they gain experience.”

Sandy Van, a personal injury lawyer in Las Vegas, says some directory sites are better than others, and one that she has used is not very good for her purposes.

“I love Avvo,” she says. “The leads are very good. I pay $300 a month for my Avvo account. I also have a Martindale-Hubbell account, but it’s not too productive. When my contract expires I won’t renew it.”

The downside of these directories, according to Van, is the contract, which in some cases requires a commitment for a year and might not be effective.

Joel A. Rose, president of a law practice management consultancy in Cherry Hill, New Jersey, says, “based on comments I received, Martindale-Hubbell is for more sophisticated clients, for institutional law firms, for businesspeople and the wealthy.

“For practices that are more people-oriented—such as estate planning, real estate, divorce, DUI—Avvo and FindLaw are effective for attracting clients.”

Peacock is a strong advocate of these third-party websites. But “don’t pay for awards,” he says. “Avvo’s rating [as an example] is not influenced by whether you pay for ads, which makes it more trustworthy than the one or two offers per month that I get for awards that require me to submit $300 to claim the award and put it in my website.”

As for the old standbys—print, radio and TV advertising—Peacock says they are not worth the cost because most people go to the internet when they look for an attorney. “And it’s probably not feasible for a startup on a strict budget,” Peacock says.

But using social media is a very effective marketing tool. Marketing messages on social media platforms—Facebook, Twitter, YouTube and others—can be targeted to recipients by ZIP code, specific interests and other categories, such as small-business owners.

Suzanne D. Meehle, managing attorney at Meehle & Jay in Altamonte Springs, Florida, uses Facebook for marketing. “Facebook helps people get to know me as a business expert,” says Meehle, who specializes in small-business matters. “Facebook generates clients. I target ZIP codes in my area and rely heavily on existing clients, deepening that relationship. They’ll encourage referrals. I post something on Facebook and Twitter every day.”

Meehle’s Twitter messages—material on small-business issues—go to lawyers outside Florida and sometimes result in client referrals. She also posts a weekly message on her website about some legal subject.

When Meehle asks new clients where they found her name, the response she gets most often is “on the internet, or I read an article on your blog, or somebody gave me your name.” n

Marc Davis is a freelance writer based in Chicago.

ABA Journal with the headline “Starting at Zero: How to build a clientele through contacts, communication and confidence.”