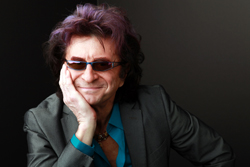 Jim Peterik, who founded the musical group Survivor, was still an unknown when he signed with his publisher back in 1978. In retrospect, he says, he didn’t negotiate the best contract. “It wasn’t a bad deal. It wasn’t a ‘screw you’ deal,” Peterik says. “But obviously if I had clout back then I would have gotten a bigger deal.”

Now, the 61-year-old songwriter, who co-wrote “Eye of the Tiger,” the theme song from the 1982 movie Rocky III, might get a do-over. Peterik has put publishing company Warner/Chappell Music on notice that he intends to reclaim his copyright to songs.

He can do so within the next few years, thanks to the Copyright Act of 1976, which gives people the right to reclaim copyrights to post-1977 music after just 35 years. The previous copyright law required artists to wait at least 56 years to reclaim their rights. Before 1972, sound recordings could not be copyrighted, so those recordings will always be owned by the record label.

The upshot is that rights to musical compositions and master recordings from 1978 could return to musicians as early as next year. Artists who want to reclaim their rights must give at least two years’ notice, which meant that the first notices were filed by 2011.

It’s not known how many eligible musicians are seeking to reclaim their copyrights; artists need not file publicly with the U.S. Copyright Office until they successfully reclaim the copyright.

Instead, many composers first served notice on the record companies, says Brent McBride, who co-founded the small Nashville, Tenn.-based operation Copyright Recapture, which helps songwriters and musicians reclaim their copyrights.

McBride, who runs the company with his brother, Wes, and father, Jim, an award-winning composer in his own right, says he has seen a big uptick in business in recent years. “When we first started the company, there were so many writers who were unaware of their rights,” he says. “They viewed us as if we were selling aluminum siding or something.”

If songs are popular, reclaiming rights to them could easily translate to a six-figure payday, if not more, for musicians or their estates, McBride says.

Congress’s move to revise copyright law in the 1970s to shorten the time artists must wait to reclaim rights was largely driven by the belief that struggling musicians tend to sign bad deals when they’re young and hungry.

“If you’re unknown, you’re so happy that someone is interested that you’ll sign anything,” says Los Angeles attorney L. Lee Phillips, who represents such musicians as Barbra Streisand, Kenny Loggins and Glenn Frey.

Musicians like Peterik welcome the opportunity to revisit some of those deals. But the effect on the record industry could be seismic, given its well-documented troubles since the emergence of file-sharing technology.

“This is the last thing the record companies need right now,” says Minneapolis attorney Kenneth Abdo. “They’re already circling the drain,” says Abdo, who has filed termination notices on behalf of clients like Kool & the Gang.

The record labels are expected to oppose requests to reclaim rights in nearly every instance where the work is a sound recording—a performance produced in a studio—and in at least some instances of musical compositions—the written version. The statute itself will give the labels plenty of fodder because the wording has left room for wrangling about who can terminate and under what circumstances.

One key issue that’s expected to come up regarding sound recordings is whether they are “works for hire.” If so, musicians won’t be able to reclaim the copyrights, since a work for hire is owned by the company that commissioned it.

To qualify as a work for hire, a piece by an independent contractor (as opposed to pieces by music company employees, which are always works for hire) must meet specific criteria. The first is that the contract between the author and grantee describes the piece as such. Many contracts for sound recordings describe them that way, while only some contracts for musical compositions have that language. Peterik says his contract doesn’t describe the songs he wrote as works for hire.

Even if a contract describes a piece as a work for hire, it still must fall into one of nine categories to qualify. Two apply to music: pieces that are commissioned for use “as a contribution to a collective work” or “as a compilation.”

Record labels are expected to argue that all sound recordings should either be seen as collective works or compilations—a position that’s supportable, according to David Carson, general counsel for the U.S. Copyright Office. “There’s a pretty decent argument that just about any record album containing separate tracks will be a collective work,” Carson says. He adds that an album made up of 10 disparate tracks can be viewed as a collective work—assuming it’s not a thematically connected rock opera like Tommy, the Who’s 1969 album.

But Paul Fakler, a partner at Arent Fox in New York City, argues that sound recordings rarely meet the criteria for collective works or compilations. They’re not part of a compilation because labels “don’t commission individual tracks separately,” he argues. Rather, they generally give artists a contract and tell them to create an album.

No court has yet decided the issue, meaning the answer will likely come through litigation, Abdo says.

Nor is anyone predicting who might win. “You flip the coin,” quips Venable partner Joshua Kaufman, who heads the firm’s copyright and licensing group in Washington, D.C.

Whether sound recordings or songs can be works for hire is only one potential bone of contention. Another centers on how many co-authors—composers, musicians, other recording artists—must seek to terminate.

That question has taken center stage in the first case addressing a musician’s termination rights to get to court: a dispute between Victor Willis, onetime front man of the Village People, and his former partners. The litigation has drawn the attention of the Songwriters Guild of America, which last year filed an amicus brief on behalf of Willis.

Last year, Willis set in motion the process of reclaiming his copyright to almost three dozen disco-era songs, including the chart-topping “YMCA.” Willis, who says he co-wrote the songs, contends that he’s eligible to reclaim copyright to them in 2013.

The record companies disagree. Last year, the French company Scorpio Music and a U.S. affiliate, Can’t Stop Productions, filed a complaint in the Southern District of California seeking a declaratory judgment that Willis doesn’t have the right to reclaim the copyrights. The companies also argue that Willis can only terminate copyright if the majority of the authors agree.

The statute says that if two or more people execute a grant, the majority must agree to a termination. But Willis, backed by the Songwriters Guild, says that executing a grant isn’t the same as writing a song. Two or more people can write together, but each can execute a separate copyright to that song. In that situation, each person who granted a copyright should be able to reclaim his or her copyright, they argue.

Stewart Levy, a New York City lawyer for Scorpio and Can’t Stop Productions, says that interpretation would lead to chaos. “It’s an absolute absurdity,” Levy says. “It ignores the definition of joint work.”

Meanwhile, some of the biggest artists of the 1970s are likely to cut private deals with record companies, say lawyers who represent musicians.

Phillips says some labels are offering to purchase the future reversion rights from musicians. For those who can’t come to a resolution, the only option is litigation, unless Congress amends the copyright law. So far, however, lawmakers haven’t made much progress on that front.

“Litigation might be faster,” Abdo says. “The legislative process could take a long time.”