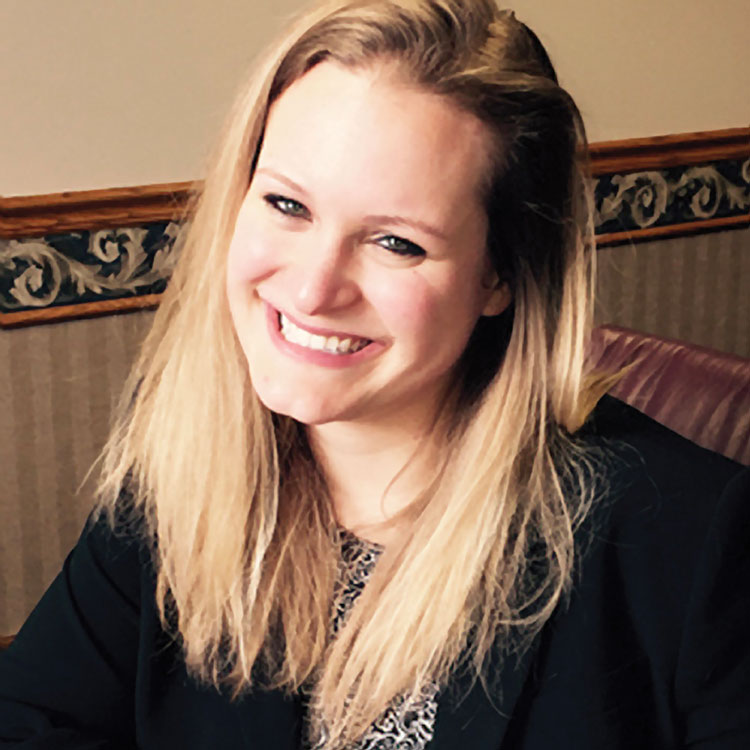 During her two-plus years as a federal law clerk, Lisa Taylor noticed that the public defenders who appeared before the court often seemed overworked, overwhelmed and overeager to plead out cases so they could turn their attention to the mountain of criminal cases waiting for them back at the office.

“I thought about what that would be like to be in their shoes, to have an endless amount of clients that you try to give your best advice or counsel to while having an endless caseload building up behind you,” says Taylor, who earned her JD from the University of North Carolina School of Law in 2016 before working two separate yearlong judicial clerkships—one for a federal bankruptcy judge in Utica, New York, and one for a federal magistrate judge in Wilmington, North Carolina, that just recently came to an end.

Mostly, Taylor wondered about how it was possible these underfunded and often-underprepared public defenders could possibly be providing their clients with effective assistance of counsel as guaranteed by the Sixth Amendment.

“Guardians of the Sixth Amendment,” which describes a day in the life of a somewhat jaded public defender whose defendant is seemingly headed to prison on an open-and-shut drug and gun case,  won Taylor first prize in the 2018 ABA Journal/Ross Writing Contest for Legal Short Fiction. Taylor was among 87 entrants seeking to win the $3,000 first prize.

The central theme of her story is the ongoing conflict—both internal and external—regarding the main character, Sonya Church. Because of Church’s experience with the criminal justice system, as well as the many things going on in her work and personal life, she convinces her client to take a plea bargain even though he adamantly denies his guilt. Up until he agreed to the plea deal, Sonya had not believed a word of his story. Every defendant insists they are being set up. But the fervor with which he spoke now was convincing, and his story had never changed since she met him.

Taylor, who has never had a story published before, says that like her main character, she felt somewhat jaded when she wrote “Guardians.”

“I think it’s fair to say it was kind of cynical,” Taylor says. But she wrote the story in part to draw attention to the plight of public defenders.

“I think there is a larger message,” she says. “There’s a lot that needs to be fixed.” In addition to the challenges most public defenders face, Taylor points out that the defendant in the story is also facing several bad options. “There are lots of flaws in the system,” she says. “A lot of defendants will plead guilty because they want to just move on. We need to rethink how defendants are charged, particularly in the drug world.”

Meanwhile, Taylor, who joined Ogletree Deakins as a business immigration associate in November, emphasizes that she has nothing but respect for the work public defenders do. “They have the toughest job in all of law practice,” she says.

Durham, North Carolina, lawyer Aleaha Jones was named runner-up for her story, Still There in the Ashes, also about a public defender who navigates her opioid-addicted clients through drug treatment court. Read her story online at ABAJournal.com/ashes.