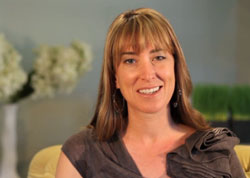 At age 9, Michelle Crosby was put on a witness stand and asked which of her divorcing parents she wanted to live with. Years later, similarly traumatized by her own divorce, Crosby was convinced she could devise a kinder, gentler process. The former family law attorney founded Wevorce, which seeks to streamline amicable divorces using software.

The company, according to Crosby, is complementary to the collaborative law movement. But Wevorce is “high tech and high touch,” she says. The company’s methodology is built on the typical legal, emotional and financial elements of divorce and the cloud-based, custom case-management software enables couples to populate legal documents themselves. Teams of mediators, counselors and financial advisers trained in “neuroscience, archetypal patterns and reframing families from one household to two” facilitate settlement agreements that are then reviewed by the couple’s own attorneys, Crosby says.

Priced up front, the process averages $6,500 a family and can take as little as six weeks. Since its launch last year, more than 110 families have used Wevorce in states including California, Idaho and North Carolina. Crosby plans to take it nationwide.

Early on, Wevorce received $20,000 from Silicon Valley startup incubator Y Combinator. “Wevorce is bringing all the advantages of technology to another industry that has not changed a whole lot—law,” says Y Combinator partner Garry Tan, who likens Wevorce to Airbnb, a travel site that hinges on proprietary software. “Every type of business in the world today can be done better and more efficiently when software is involved. For Wevorce, that means being able to help people on opposing sides of a divorce reach an amicable resolution through the help of both people and online software.”

“Nonlawyer investors are OK if this is not the practice of law; the rule mandates independence of judgment,” explains Will Hornsby, staff counsel for the ABA. Because many states define the practice of law broadly, Wevorce also has to be careful that it’s not doing what some may consider practicing law. But because Crosby says it’s really a tech company (even though lawyers are often hired to serve as Wevorce mediators), she seems to be skirting that ethical problem as well.

Crosby says the only people practicing law are the couple’s own attorneys. “We’re humanizing the transition of divorce for families and still leave the practice of law to the lawyers,” she says. “We can do all of this at a lower cost because we have brought 21st century technology into divorce.”