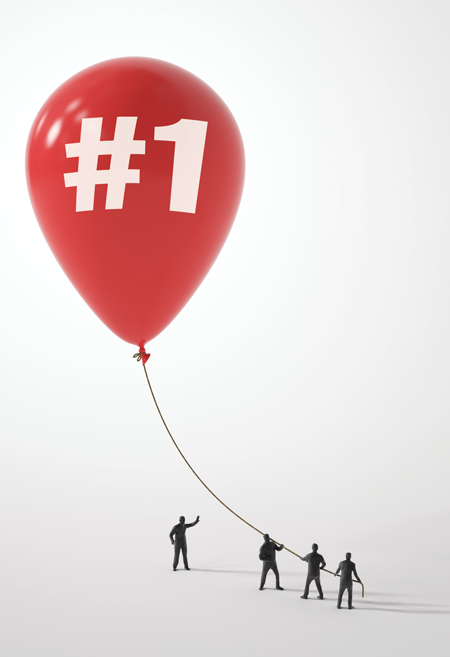 Solo and small-firm lawyers perform a daily juggling act of practicing law, managing a business and bringing in new clients.

They face competition on multiple fronts, client demands and pressure to keep up with technology. Despite all this, however, the vast majority consider their firms to be successful.

These are among the findings of a survey of management practices at 301 law firms of fewer than 30 attorneys. The survey was conducted by the Thomson Reuters Solo and Small Law Firm group.

The survey reveals that the multiple demands of running a small firm leave surprisingly little time to practice law. Overall, small-firm attorneys spend 61 percent of their time practicing law, the survey found. Solos spend the least: 55 percent of a day. The larger the firm, the more time spent practicing, up to 69 percent of a day for lawyers at firms of 11 to 29 attorneys.

The rest of a lawyer’s day is taken up in meetings or phone calls with clients (12 percent), managing the firm (11 percent), administrative tasks (10 percent), and growing the firm and marketing activities (6 percent). Of all small-firm lawyers, solos spend the most time meeting with clients, 16 percent of their day.

what does it mean to succeed?

When the survey asked lawyers to rank the most significant challenges their firms face, the top four they identified were:


The increasing complexity of technology ranked fifth at 12 percent. This was particularly true among firms of seven to 10 lawyers, in which 20 percent ranked it as their greatest challenge, and among solos, in which 16 percent did.

Even in the face of these challenges, only a minority of firms are taking steps to address them, the survey indicates. When it comes to acquiring new business, 37 percent of firms say they have taken action. For rate pressure from clients, 34 percent have; for administrative tasks, 19 percent have.

The greatest source of competition for small firms is other firms of similar size, 67 percent of lawyers say. About half say they also are competing against significantly larger firms for the same clients.

Solos are more concerned than other small-firm lawyers about pro se competition, with 13 percent saying much of their competition is individual con-sumers who represent themselves, and 11 percent saying it is do-it-yourself websites.

A series of questions asked lawyers how their firms measure success and how successful they consider themselves to be. Overall, the top three factors by which lawyers define success are:

But when asked to identify primary measures of success, the top three factors shifted to:

Robert J. Ambrogi is a Rockport, Massachusetts, lawyer and writer. He covers technology at his blog LawSites and co-hosts a legal affairs podcast,

This article originally appeared in the March 2017 issue of the ABA Journal with this headline: "A Firm Handle on Success: Despite many demands, most solos and small firms think they’re thriving."