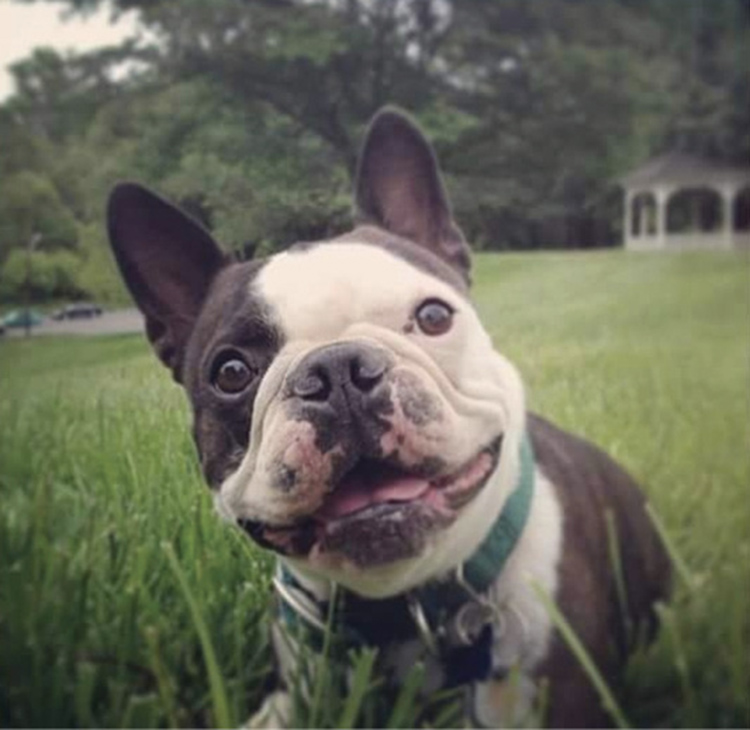 One side effect of the ongoing COVID-19 pandemic is that lots of people have adopted pets.

According to a May 2021 report from the American Society for the Prevention of Cruelty to Animals, one in five households—about 23 million U.S. homes—adopted a cat or dog since the beginning of the pandemic. Call it the puppy/pussycat pandemic.

Turns out, a lot of these pet parents enjoyed spending time at home with their furry friends—some so much so that they refused to be separated from their best buddies. In fact, 75% of U.S.-based remote workers surveyed in July by Digital.com, a site that helps small business owners make buying choices, said they wanted to stay remote so they could take care of their pets.

Attorneys are no different. India-based Bhagyashree Pancholy, the general counsel at Lano and founder of All Remotely, adopted Rinchin, a 1-month-old Tibetan mastiff, six years ago. She considers him to be a family member. Her firm allows its attorneys to work from home, but if it didn’t, Pancholy says she would take a lower salary or consider switching firms.

Pancholy’s dog has already negatively affected her career because Tibetan mastiffs aren’t good with strangers. When her firm asked if she could travel for work, she declined, citing her dog.

“I’ve had to forgo several foreign assignments to be with him and missed out on many family and official events because I couldn’t board him or get a sitter,” Pancholy says.

But she has no regrets. “Rinchin is my stress buster, my gym and my comfort,” she says.

David Reischer, an attorney and CEO with LegalAdvice.com, says he always planned on being self-employed, specifically because he wanted to be with his dog at all times. He’s had six dogs since childhood, and now he can’t imagine being separated from his pet.

Reischer’s current dog is Winter, a pit bull terrier mix with lots of energy who just turned 7. She needs to go to the park twice a day—or else she becomes rambunctious and will tear up the house—and Reischer is happy to oblige.

“Working at home with Winter is so important because her breed is a very energetic type, and she needs constant walks to burn off energy,” Reischer says. “Thankfully, I am self-employed, so I am able to bring Winter to the office when I need, and I mostly work from home.”

Take your pet to work

You don’t have to be self-employed if you’re an attorney attached at the hip to your dog. Some law offices are even starting to accept animals in the office. In 2019, according to the Society of Human Resource Management, 11% of employers allow pets to come to the office. There isn’t a specific study of how many law firms are allowing pets into the office, but anecdotal evidence shows they, too, are becoming more welcoming to furry friends.

When Ruth Carter, a solo attorney in Phoenix who prefers the pronoun “they,” was offered a position at Venjuris, which focuses on business, intellectual property and internet law, Carter told the firm: “Great, I come with a dog.”

If the firm wouldn’t allow a dog in the office, Carter wouldn’t have accepted the position.

“They were surprised, of course,” Carter says. But the firm agreed after the basset hound passed an interview in which the pup, named Rosie, had to meet and greet everyone in the firm. After Rosie died in August 2020, Carter got a basset hound named Lucy Jane who continued the tradition and has been going to the office nearly every day.

Maria Barlow, a Chicago solo, got two pandemic puppies during the lockdown. When she returned to the office, she brought her terriers without blinking an eye.

“I will not hire new staff who do not like dogs—or whom my dogs do not like,” Barlow says. If clients are scared of her dogs, she leaves the puppies at home briefly during her lunch break, meets with the clients and runs home to grab her dogs. She also doesn’t take in-person cases if she knows they are in-person in advance—so that she can always be present with her dogs. If absolutely necessary, Barlow says, she sends her dogs to their pup nanny. And if she ever needs to quickly run to court because someone is going into custody, she leaves her dogs with her staff.

Some attorneys are trying to prove that having pets in the office is a boost to overall morale. Kris Parker, a co-founding attorney and partner at Hendry & Parker in Dunedin, Florida, has a 12-year-old Boston terrier whom he brings to the law office daily. Parker says Dunkin is a cheerful dog who lifts the morale of visitors and attorneys alike. The clients know his name and look forward to seeing him.

“Law offices and legal matters can be intimidating, and Dunkin takes some of that edge off for most of our clients,” Parker says. “If he were not permitted in our office, I would probably look into working somewhere he is welcome.”

This story was originally published in the February-March 2022 issue of the ABA Journal under the headline: “Pet Project: Some lawyers are reluctant to return to the office because they don’t want to leave their pets.”