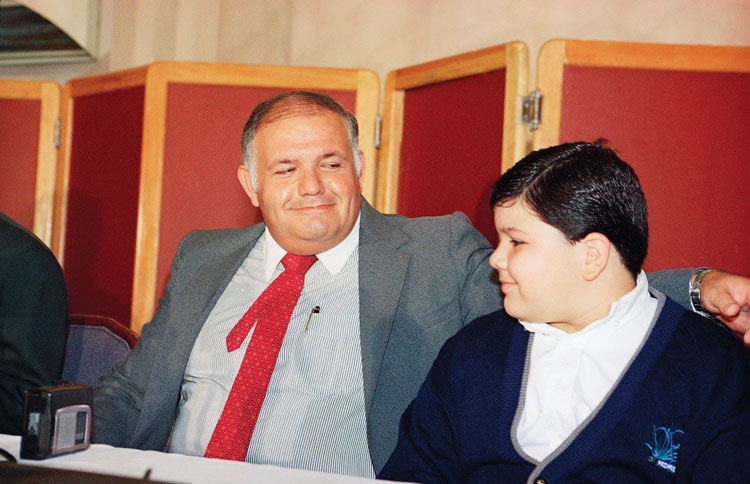 On Feb. 7, 1985, while on a short walk to meet his wife for lunch, Enrique “Kiki” Camarena Salazar disappeared from a street near the U.S. consulate in the fabled Mexican city of Guadalajara. His body was found a month later on a ranch in Michoacán. There were signs of apparent torture: his ribs and nose broken, his windpipe crushed, his body burned and a screwdriver driven into his skull.

Camarena was an American citizen and a highly regarded agent of the Drug Enforcement Administration. His sources had led to recent raids of marijuana fields controlled by Rafael Caro Quintero, head of the Guadalajara cartel, and news of his disappearance sent U.S. federal law enforcement into a frenzy.

A joint U.S.-Mexico investigation led to a house at 881 Lope de Vega that was often occupied by Caro. Physical evidence was gathered, including audio tapes of the actual torture.

In the months and years that followed, dozens of suspects were arrested. Caro himself was seized in Costa Rica and extradited to Mexico, where he was convicted of several murders—including Camarena’s—and sentenced to 40 years in prison.

Dr. Humberto Álvarez Machaín, a Guadalajara gynecologist accused of drugging Camarena to prolong his torture, had avoided extradition. But on April 2, 1990, four men bearing badges arrived at the physician’s office and accused him of performing an illegal abortion. In an operation the DEA later acknowledged it had bankrolled, Álvarez was taken into custody, held overnight in a neighboring state, bundled into a small private airplane and flown to El Paso, Texas, where he was informed by federal authorities that he had been indicted for his part in Camarena’s death.

Álvarez conceded to investigators that he had been to the house on Lope de Vega; his fingerprints had been found there. And he admitted in a later affidavit that he knew Camarena was “in a bad state,” though he asserted a different doctor was attending to the DEA agent. Álvarez claimed that the kidnapping—in effect, the arrest of a foreign citizen on foreign soil in violation of extradition agreements—was illegal, thus nullifying the charges against him.

There is history of forcible abductions in American law.

Not so, said the U.S. Supreme Court in U.S. v. Álvarez-Machaín. In an 6-3 decision delivered June 15, 1992, the court rejected Álvarez’s defense, citing two cases, both of which involved abducting defendants to bring them before the courts.

In the first, Ker v. Illinois (1886), Frederick Ker fled to Peru after his conviction for larceny in Illinois. A Pinkerton agent hired by the federal government to serve a warrant for his extradition instead abducted him and brought him back. The court ruled that, extradition or no, “such forcible abduction is no sufficient reason why the party should not answer when brought within the jurisdiction which has the right to try him.”

In the second case, Frisbie v. Collins (1952), the court similarly rejected a plea by Shirley Collins that Michigan police kidnapped him in Chicago to stand trial for murder in Michigan. In what became known as the Ker-Frisbie doctrine, the court declared defendants are required to be in court to stand trial, and it doesn’t much matter how the authorities get them there.

After 2001, the Álvarez-Machaín decision became a routine citation justifying the extractions of enemy combatants from foreign countries.

Álvarez, however, was never convicted. Midway through his 1992 trial in Los Angeles, Judge Edward
Rafeedie ordered Álvarez’s acquittal on all charges, saying the case was insufficient to send to a jury. And after an effort to detain him for—ironically—illegal entry into the U.S., Álvarez returned to Mexico.

In 1993, Álvarez filed a lawsuit naming several DEA agents, the DEA, and the Mexican operatives who had abducted him under the Federal Tort Claims Act and the Alien Tort statute. Although Álvarez found some success in the lower courts, the Supreme Court unanimously ruled against him in Sosa v. Álvarez-Machaín, a diversely reasoned 2004 decision.