Will Supreme Court face ‘a bridge too far’? 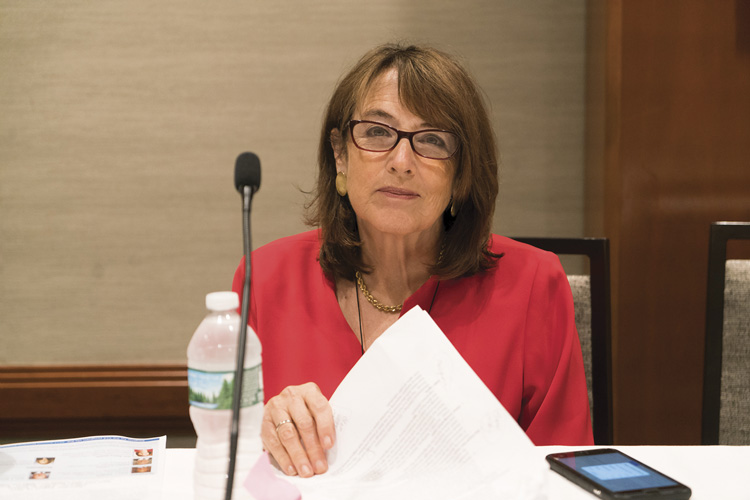 Civil rights advocates who are worried about the outcome of pending blockbuster cases before the U.S. Supreme Court can take heart.

If rights continue to be diluted by court decisions, “eventually, you get to a bridge too far,” says retired U.S. District Judge Nancy Gertner. That happens when there is an aberrant case where the rights violation is so egregious that the justices “stick their toe in” and impose limits on the erosion of rights, said Gertner, who spoke at the annual meeting program called “Advancing Civil Rights and Social Justice in the New Supreme Court.”

As an example, Gertner cited the case of Duane Buck, who was convicted and sentenced to death in Texas after his own expert testified on cross-examination that he is statistically more likely to be dangerous in the future because he is black. In a February decision, the U.S. Supreme Court said Buck’s lawyer had been ineffective and he could reopen the judgment.

Gertner noted that new Supreme Court Justice Neil M. Gorsuch will likely bring a different perspective to criminal cases than the justice he replaced, the late Antonin Scalia, who gave a literal interpretation of the Bill of Rights. Scalia was concerned about unreasonable searches and violations of the confrontation clause, while Gorsuch’s appellate opinions haven’t reflected that type of originalism, she said.

Though the Supreme Court has already accepted some voting rights cases this term, Marc Elias, a partner and chair of the political law practice at Perkins Coie, said he believes there will be more. “The bad news from my perspective—as the resident partisan on the panel—is that these cases will come up with a less-friendly Supreme Court to voting rights,” he said.

Panelists also expressed concern about the case involving a Christian bakery owner who refused to make a wedding cake for a gay couple. The case “threatens to fundamentally undermine Title VII,” Gertner said, because a ruling for the baker could support future claims that religious beliefs allow business owners to discriminate against minorities or other protected classes.

Debo Adegbile, a partner at Wilmer Cutler Pickering Hale and Dorr who serves on the U.S. Commission on Civil Rights, pointed to a prior concurrence by Gorsuch in the Hobby Lobby case when he was a federal appeals judge that suggests he could support religious rights over nondiscrimination.