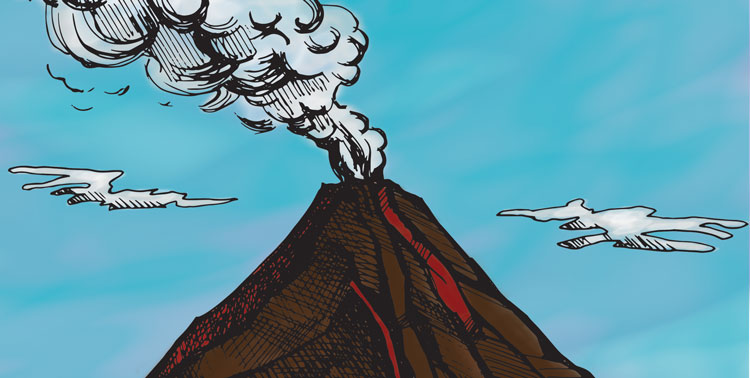 As the U.S. Supreme Court enters the busy month of June, when it releases the final block of its decisions, there is a sense that the justices have succeeded in keeping their merits docket relatively low-key this term.

Sure, there are a few big cases, such as a pair about partisan gerrymandering and the case that will determine whether there will be a citizenship question added to the 2020 U.S. Census. The high court had little discretion to avoid those.

But after last fall’s contentious Senate confirmation fight over Brett M. Kavanaugh, the justices have been otherwise perfectly happy to fade into the woodwork of their mahogany bench. Several appeals involving such divisive issues as gun control and gay and transgender rights in the workplace were granted review, but only after the point when they would be pushed into the next term for arguments and decision. Other hot-button cases involving abortion restrictions, immigration and religious exceptions to same-sex marriage were awaiting resolution as of mid-May on whether the justices would grant review.

“This has been a relatively quiet term,” says Brianne J. Gorod, the chief counsel of the Constitutional Accountability Center, a liberal-leaning legal group in Washington, D.C. “It wouldn’t be at all surprising if that were intentional on the part of the justices.”

On the bench this term, the justices have often gone out of their way to appear respectful and deferential to each other. When two justices both sought to ask a question at the same time, a frequent occurrence during oral arguments, one will sometimes insist that the other take the floor. (This is hardly the norm, however.)

During testimony before a House appropriations subcommittee on the court’s budget in March, two members of the court sought to paint a picture of the justices getting along swimmingly.

“We are a very collegial institution,” Justice Elena Kagan said. “We like each other quite a lot.”

Justice Samuel A. Alito Jr. said, “I think sometimes people who read what we write get the wrong impression that we’re at each other’s throats in a personal sense. And that is certainly not true. And this is not something we just say for public consumption. This is the complete truth.”

Although the justices are sincere when they make such statements—which is not infrequently—they are perhaps unconsciously blocking out those times when collegiality is in shorter supply.

“They don’t want to look like they are as divided as the other two branches of government, but the reality is some of these cases test them,” says Joan Biskupic, a veteran Supreme Court reporter and the author of a new book about Chief Justice John G. Roberts Jr. “This is the season that belies those assertions.”

While the justices have been able to keep their merits docket relatively dull this term, the court is not always in complete control of the cases that come before it. The so-called shadow docket, involving emergency applications and other matters outside the merits docket, requires the justices’ attention on a frequent basis and in sometimes unpredictable ways.

One issue that has tested comity on the court this term is the death penalty.

In April, in a case involving an Alabama death row inmate, the court vacated a stay of execution that had been issued by a federal district court and upheld by the Atlanta-based 11th U.S. Circuit Court of Appeals. Christopher Lee Price was convicted with an accomplice of wielding a sword and knife to kill Bill Lynn, a minister, shortly before Christmas in 1991. Price won a stay from the lower courts after arguing Alabama’s three-drug protocol for lethal injection would likely cause him severe pain and needless suffering.

In an unsigned opinion in Dunn v. Price, issued in the early morning hours on April 12, the majority on the Supreme Court granted the state’s request to vacate the stay. It said Price had failed to timely fill out a form to elect to be executed by nitrogen hypoxia, a potentially less painful form of lethal injection than Alabama’s three-drug protocol.

The majority said Price “waited until February 2019 to file this action and submitted additional evidence today, a few hours before his scheduled execution time.”

Justice Stephen G. Breyer wrote a dissent that was signed by Justices Ruth Bader Ginsburg, Kagan and Sonia Sotomayor. Breyer, who in recent years has expressed grave doubts about the constitutionality of the death penalty, wrote that Price’s circumstance was one more example of the arbitrary nature of capital punishment as it is carried out today.

Peeling back the curtain a bit on the justices’ handling of last-minute death penalty appeals, Breyer detailed the procedural posture of the case and said he had requested that the court not act on Alabama’s request to remove the stay of execution, which had been filed at 9 p.m. on Price’s scheduled execution date.

“I requested that the court take no action until tomorrow, when the matter could be discussed at conference,” Breyer wrote, referring to one of the court’s regular private sessions to discuss cases.

“To proceed in this way calls into question the basic principles of fairness that should underlie our criminal justice system,” Breyer wrote. “To proceed in this matter in the middle of the night without giving all members of the court the opportunity for discussion tomorrow morning is, I believe, unfortunate.”

Despite the high court’s reversal of Price’s stay, his death warrant had expired at midnight April 11, and Alabama rescheduled his execution for May 30.

‘No Way to Run a Railroad’

The late-night drama in the Price case came after the justices were at odds earlier this year in two cases involving whether death row inmates could have clerics of their faith present with them in the execution chamber. In a February decision from the shadow docket involving a Muslim inmate in Alabama who sought to have his imam present, the court sided with state officials who had denied the inmate’s request. On March 28, the court granted a stay of execution to a Texas death row inmate who was seeking to have his Buddhist spiritual adviser present.

Just days later, the court issued a 5-4 decision in an argued death penalty case, Bucklew v. Precythe, rejecting a challenge to Missouri’s lethal-injection protocol from an inmate who said it would be particularly painful for him because of a harsh medical condition. Writing for the majority, Justice Neil M. Gorsuch included a two-page section at the end of his opinion that complained of long litigation delays in carrying out the death penalty.

That section prompted a fiery, separate dissent from Sotomayor, who wrote, “There are higher values than ensuring that executions run on time. If a death sentence or the manner in which it is carried out violates the Constitution, that stain can never come out.”

The court’s handling of death penalty cases this term prompted considerable commentary in the legal academy. Will Baude, a law professor at the University of Chicago, wrote on the Volokh Conspiracy blog: “I say this as somebody with a great deal of sympathy for the court, who thinks that the death penalty is justifiable and constitutional, but: This is no way to run a railroad.” &#9;    Baude, a former law clerk for Roberts, said in an interview that certain cases on the shadow docket, particularly those involving the death penalty, exacerbate pressure on the justices.

“We’re seeing the bubbling of these tensions in the death penalty cases,” he says. “The court is doing this with no oral argument, minimal briefing, and often in the middle of the night, when the justices aren’t in the building. They’re communicating by telephone and trying to work out these difficult principles.”

Biskupic’s book, The Chief: The Life and Turbulent Times of Chief Justice John Roberts, stops short of the current term but is an illuminating look at Roberts’ 14-year tenure. Among other revelations, the book depicts a degree of dissatisfaction among some members of the court with the chief justice’s management style.

“Colleagues portray him as strategizing more than sublimating, always with an eye toward what he wants in the ultimate ruling and how he will appear,” she writes.

Biskupic, a legal commentator for CNN who has written biographies on three other justices, says that from the last round of oral arguments in April through the end of the term in June, tensions among the justices sometimes boil up for a key reason. They have taken their tentative votes on argued cases in their private conferences, and they are still working on draft opinions in many cases.

“They know more than we do. That’s why you can sometimes see those tensions emerge” even in unrelated cases, she says. “It has to do with disagreements in cases they are debating and which won’t be public until June.”