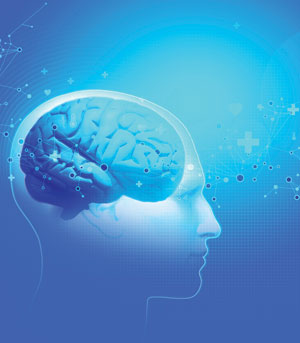 The first year of law school can be akin to middle school. Anxiety and self-doubt abound: How should I study? What do I need to remember? Why was that lady carrying scales onto a train again?

Texas Tech University School of Law is out to change that. Last year, the law school introduced its entering first-year class to SMART (strategic memory advanced reasoning training), a program developed by the Center for BrainHealth, a research division of the University of Texas at Dallas, to improve cognitive performance.

Texas Tech is the first law school to offer the program. “When you think about it, what’s a lawyer’s main tool? The brain,” says law school dean Darby Dickerson.

SMART focuses on three cognitive processes, explains Lori Cook of the Center for BrainHealth, who helped develop the program. The first is strategic attention, which involves blocking and filtering information, limiting multitasking and determining priorities. The second is integrated reasoning or “big-picture thinking,” Cook explains, and the third is innovation or “creative problem solving,” with the goal of “mitigating shallow thinking and status quo approaches.”

SMART initially was developed for adolescents with attention deficit hyperactivity disorder, Cook says. It was so successful that center clinicians soon expanded and customized it for diverse groups, including Navy SEALs and corporate executives.

Dallas lawyer and Texas Tech law alum Chad A. West had gone through the training several years ago when it was offered to military veterans. He brought the idea to the law school because he found the training so revolutionary and felt it could help aspiring lawyers, too.

Dickerson originally thought SMART would most benefit 3Ls who were moving into bar preparation, but then she changed her mind. “Once I saw how it ties into how you live your daily life, I thought: ‘Why not give the first-years the advantage of having this all the way through?’ “

The program didn’t resonate with everyone, Dickerson admits. But she’s undeterred and plans to continue to offer it with some tweaks, including timing.

This year’s incoming 1L class will experience SMART after its first semester so students will have a better understanding of how the program’s strategies mesh with their academic obligations and expectations. Plus, Dickerson says, “they’ll have a semester of grades, and that may motivate people one way or another.”

Meanwhile, the school is expanding the scope of its training to third-years, along with more faculty members and staffers.

“I really am convinced that this is something positive and impactful,” Dickerson says. “In 10 years, everyone is going to know about this and be adopting these strategies.”

This article originally appeared in the February 2016 issue of the ABA Journal with this headline: “Get SMART: Texas Tech adopts brain training for its 1Ls.”