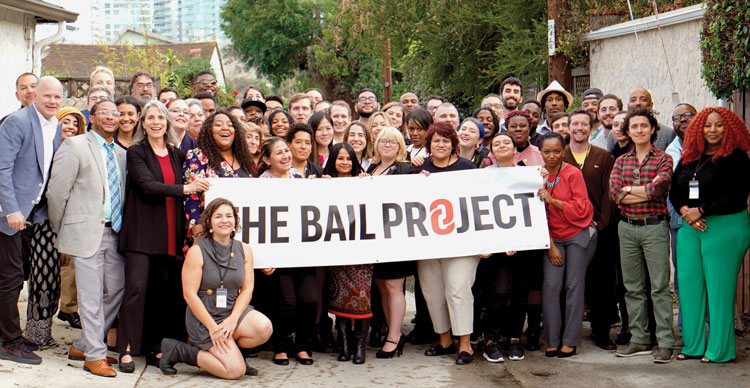 Photo courtesy of the Bail Project

On the Bail Project’s very first day in the Los Angeles County courts, it may have helped to keep an innocent man out of prison.

The 33-year-old defendant, who asked not to be named, had recently gotten full custody of his young daughter and moved back to the Los Angeles suburb of Compton to be closer to his family. But in August of 2018, police accused him of snatching a necklace from a teenage girl. The police found the defendant, who happened to be outside his nearby home, and the robbery victim and her friend who witnessed the robbery identified him.

The defendant insisted that they had the wrong man, and police never found the chain. Nonetheless, he was charged with felony robbery, with bail set at $30,000—far beyond what he could afford. To make matters worse, the charge was a “strike” under California law, and a conviction would have positioned him for a significantly longer sentence if he was convicted of any other felonies. He languished in jail for more than a month before his pretrial hearing.

That’s when his fortunes changed. The Bail Project, a nonprofit that pays the bail of the incarcerated, had just arrived in Compton, and this defendant was the first to benefit. His case was ultimately dismissed after the jury hung 9-3.

“A lot of clients—especially like this particular client—who haven’t had real experience with the criminal justice system, their main goal is to get out, which means that they sometimes plead to charges they didn’t do,” she says. “Allowing the Bail Project to come in on these cases … is a way that we help ensure that the system works properly.”

Modeled after a fund started by public defenders more than a decade ago, the Bail Project not only pays defendants’ bail but connects them to social services and makes sure they show up to court. By doing that—and by using the information it gleans to advocate for alternatives—the organization hopes to eventually eradicate cash bail systems. And it’s moving fast: It currently has 19 total locations in 14 states.

“When you literally free someone from a jail cell, that is a life-changing service,” Strode says.

Founder Robin Steinberg says the Bail Project grows out of her experience as a career public defender, most recently at the Bronx Defenders, which handles indigent defense in that borough of New York City. Over three decades, she watched over and over as clients were jailed for months because they couldn’t come up with the money for their freedom—sometimes as little as $500.

“What I knew as a public defender is that the difference between being able to be out … or being locked in a jail cell, and having to make decisions from that position, made all the difference in the world,” says Steinberg, who now runs the Bail Project full time.

Being jailed has a cascade of negative consequences. Jail can mean losing jobs, homes and custody of children. On the inside, defendants are exposed to physical and sexual violence. For immigrants, jail can set a deportation in motion.

Pretrial detention can also affect the outcome of the case. One 2016 study from economists Will Dobbie, Jacob Goldin and Crystal Yang found that pretrial release decreases the chance of pleading guilty by 24.5%—in part because being released strengthens the ability to plea-bargain. Women and people of color are disproportionately affected, partially because of higher poverty rates in those groups. And studies have found that African Americans and Latinos receive higher bail than similarly situated white defendants.

So in 2007, Steinberg and others launched the Bronx Freedom Fund, a nonprofit that pays bail for low-income New Yorkers accused of misdemeanors. Over the next decade, they made a discovery: 96% of their clients returned to court, even though they wouldn’t lose any of their own money by failing to appear.

“What the Bronx Freedom Fund really taught us was that idea that the entire American cash bail system is premised on, which is that it’s money that provides the incentive for people to come back to court … was a myth,” Steinberg says.

And in January of 2018, they launched the Bail Project in order to do the same work on a national scale. The plan is to keep going until the end of 2022, when it hopes to reach 25 offices total. 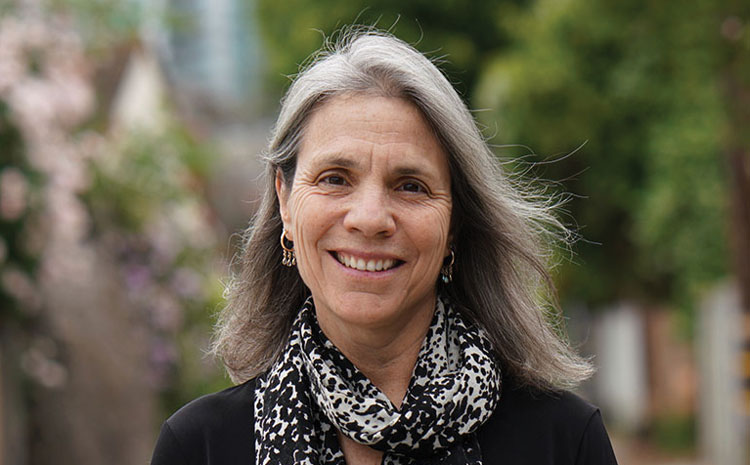 All of these offices, each of which handles several hundred to 1,000 cases annually, use the same basic “community release with support” model. But they all adjust for the specific circumstances their clients face—such as high rates of homelessness in Spokane, Washington, or unusually high bail amounts in Compton. In fact, two of the Bail Project’s offices are special projects. Its Tulsa office serves only women because Oklahoma incarcerates women at twice the national rate. Its San Diego office was created to bail out immigrants charged with unlawful entry.

Steinberg says the offices were intentionally placed in a geographically, economically, demographically and politically diverse set of cities, so the Bail Project can learn what works in different settings.

Most or all of a bail payment is returned when the accused shows up to court. That allows the Bail Project to recycle the same money through two or three defendants a year. To ensure it gets that money back, the Bail Project adds social supports designed to address the most common reasons defendants fail to appear.

“We’ll work with that client once they’re released … to send them court reminders,” says Michael Nishimura, site coordinator who works in Compton. “We can provide transportation to court if they need that. And we can also provide linkages to … voluntary social services, if that’s something that they’re interested in.”

For now, the Bail Project wants to keep spreading. But the eventual plan is to use the organization’s experience—and the data it’s gathering—to convince jurisdictions to replace money bail with community release with support.

That goal might be complicated by a competing type of bail reform: risk assessments, which attempt to predict a given defendant’s chances of reoffending while out on release, using statistics about how people with similar charges and histories have behaved in the past. The most widely used tool, the Public Safety Assessment from Arnold Ventures, is used in more than 20 jurisdictions, including Cleveland, New Orleans and San Francisco.

“At every step of criminal justice involvement, there are massive racial and economic disparities,” Bail Project director of communications Camilo Ramirez says. “And that’s something that cannot be separated from the data that’s used in statistical models.”

Given that, the Bail Project worries that risk assessments will replace bail with a system that creates exactly the same harms—wasting the current bipartisan support for criminal justice reform.

Jeremy Travis, executive vice president of criminal justice at Arnold Ventures, says the nonprofit is also concerned about reducing racial disparities. But what matters, he says, is whether the PSA is achieving that, along with lowering pretrial detention rates.

“We’d rather look at … whether there’s change within the system as our touchstone, rather than simply saying there’s a particular piece of data that shouldn’t be used,” Travis says.

A 2017 study of the PSA’s effects in Kentucky, an early adopter, gives a mixed verdict.

Law professor Megan Stevenson of George Mason University found that after Kentucky adopted the PSA, release without bail went up substantially for low- and moderate-risk defendants, although it decreased for those deemed high-risk. But, after controlling for regional trends and recent criminal history, she found the PSA did not affect existing disparities between release without bail for white and black defendants.

The Bail Project itself has also been criticized. In April, its St. Louis office bailed out Samuel Scott, a domestic violence defendant who promptly went home and beat his wife to death. Ramirez told the St. Louis Post-Dispatch that local Bail Project staff received personal threats after the resulting negative publicity.

“Domestic violence … will not be resolved by keeping people in jail, after a judge has already deemed them eligible for release, just because they can’t afford cash bail,” Steinberg said in a prepared statement.

Strode, of ArchCity Defenders, points to the bigger picture.

This article ran in the Winter 2019-2020 issue of the ABA Journal with the headline “Freedom Isn’t Free: The Bail Project pays defendants’ bail as part of a plan to end money bail entirely.”