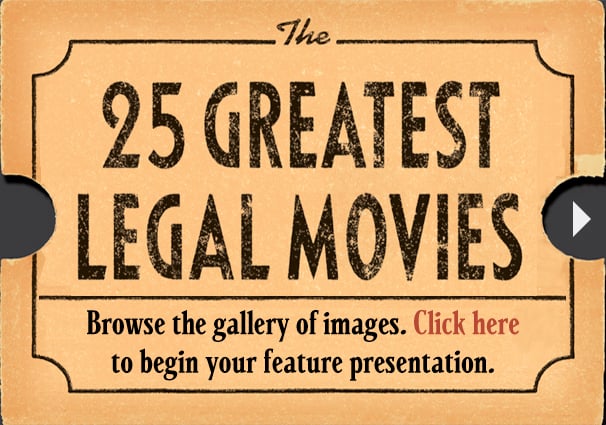 What would Hollywood do without lawyers? In a town built on copyrights and cosmetic surgery, lawyers have done far more than pen the small print in studio contracts or post bail for hollow-eyed stars on the way to and from rehab. From the incisive Henry Drummond and the droll Mr. Lincoln to the callow Danny Kaffee and the regal Atticus Finch, lawyers have provided some of Hollywood’s most memorable cinematic heroes and some of its most honorable and thoughtful films.

Earlier this year, the ABA Journal asked 12 prominent lawyers who teach film or are con­nected to the business to choose what they regard as the best movies ever made about lawyers and the law. We’ve collated their various nominees to produce our jury’s top picks.

Together these films represent 31 Oscar wins and another 85 nominations as befits the best work of some of the greatest actors, writers and directors of their time.

So quiet, please. A rap of the gavel, a pull of the curtain, and ‘Hear ye! Hear ye!’ for the 25 greatest law films ever made. 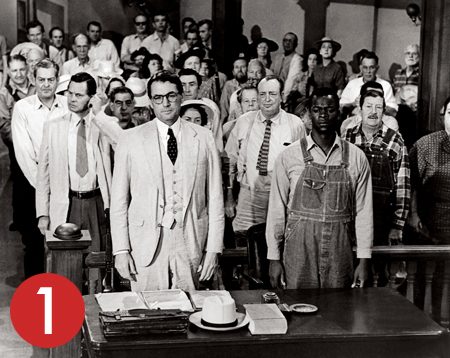