The Big Push: ABA Urges the Senate to Finally Ratify Law of the Sea Convention 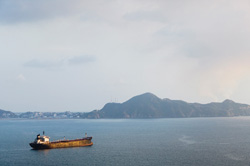 Proponents are pushing hard for U.S. ratification this year of the United Nations’ Convention on the Law of the Sea, a treaty that sets forth a comprehensive legal framework defining the rights and responsibilities of nations regarding their use of the world’s oceans.

The Law of the Sea Convention, which was originally drafted in 1982, addresses a wide range of issues, including rights of ships to pass through territorial waters, economic rights within territorial waters, deep seabed mining, and protection of the marine environment. Many experts say the convention is a key to how nations with economic claims over parts of the Arctic, including the United States, will be able to take advantage of those rights.

The convention went into force in 1994, and it has now been ratified by 162 nations and the European Union. The United States is the only Arctic nation—and the only permanent member of the U.N. Security Council—that still is not a party to the convention.

The ABA has supported ratification of the convention since 1994 (PDF).

Although the United States was instrumental in negotiating the convention, it was not until 1994 that President Bill Clinton signed an amended version that satisfied U.S. concerns related to deep seabed mining and submitted the treaty to the Senate for ratification. The Senate Foreign Relations Committee recommended in 2004 and again in 2007 that the convention be ratified, but despite bipartisan support, it never came up for a vote by the full Senate.

Now Sen. John Kerry, D-Mass., who chairs the U.S. Senate Committee on Foreign Relations, is giving ratification another serious push. “I am convinced beyond any doubt that joining the other 160 nations that are party to the treaty will protect America’s economic interests and our strategic security interests,” said Kerry on May 17 at the first of a series of Foreign Relations Committee hearings on the issue.

A LOT TO GAIN

The hearing featured a parade of high-level government officials and prominent business leaders who spoke out for ratification.

At the top of the list was Secretary of State Hillary Rodham Clinton, who emphasized how closely U.S. interests are tied to the oceans. “No country is in a position to gain more from the Law of the Sea Convention than the United States,” she said.

Clinton was joined by Secretary of Defense Leon E. Panetta and Gen. Martin E. Dempsey, who chairs the Joint Chiefs of Staff. They all maintained that joining the convention would provide legal certainty to U.S. maritime operations and allow the United States to exercise global security leadership.

Nevertheless, a group of senators opposing the convention could make it difficult for proponents to garner the two-thirds Senate vote necessary for ratification. More than 25 Republican senators recently sent a letter to Senate Majority Leader Harry Reid, D-Nev., expressing concern that ratification would threaten U.S. sovereignty.

But in a written statement submitted June 14 to the Foreign Relations Committee, ABA President Wm. T. (Bill) Robinson III said, “It is evident that the treaty has accomplished what it set out to do: create a stable, certain legal regime to which all nations can subscribe.” But, he said, “as a result of not being a party, the United States has been unable to fully take advantage of its benefits and protections.”

Acceding to the convention “is unquestionably in the economic, national security and foreign policy interests of the United States,” said Robinson, the member-in-charge of the Florence, Ky., office of Frost Brown Todd. “So also is reasserting the leadership role of the United States in advancing and shaping the rule of law in the oceans as it evolves over time.”