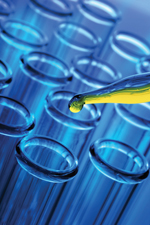 Sci-fi movies and novels have featured people who were targeted because of their genetic makeup, but the issue also is a growing concern in the real world and a new area of en­forcement for the Equal Employment Opportunity Com­mission.

With broad bipartisan support, Congress passed the Genetic Information Nondiscrimination Act last year to keep health insurers and employers from misusing genetic information. The change represents the first legislative expansion of EEOC jurisdiction in almost two decades, since the Americans with Dis­abilities Act was passed in 1990.

Genetic testing for hundreds of diseases, including breast cancer, cystic fibrosis and Alzheim­er’s disease, can help identify hereditary links and assist doctors in making early diagnoses. But some patients have feared taking the tests because the results could be used by health insurers to deny or cancel coverage, or raise premiums. Employers also could screen potential hires based on genetic predispositions for certain ailments or claim that genetic defects contributed to work-related injuries.

The biotechnology sector is a rapidly developing and largely unregulated field, so it is difficult to predict what kinds of complaints about genetic information discrimination will be filed with the EEOC, says Andrew Imparato, president and CEO of the American Associ­ation of People with Disabilities.

“This is such a new area,” he says, “that we’re still trying to figure out the likely scenarios.”

Imparato was one of five panelists who spoke before the EEOC in February, when the commission announced a 60-day public comment period on its proposed regulations for enforcing the newly enacted legislation. The EEOC was to issue its final regulations by May 21 before the law takes effect in November.

EEOC CommissionerCon­stance Barker says the com­mission has “high-caliber lawyers who have worked on these issues for months and even years,” but employers will need an education on the difficult subject and their responsibilities under the new law.

“This is not easy stuff to interpret. This involves a whole new language for us in the employment world,” Barker says. “What do we know about genomes?”

A genome is all of the DNA contained in an organism. Hu­mans have an estimated 20,000 to 25,000 genes in their DNA, the building blocks of life whose sequence determines whether an organism will be an elephant or a mouse.

The Human Genome Proj­ect, a 13-year international scientific endeavor, kick-started the biotech sector by successfully decoding all of the genes in human DNA and determining the sequencing for 3 billion DNA subunits in the human body. The project also addressed potential ethical and legal implications arising from DNA research, with some scientists lobbying for passage of GINA.

The new role for the EEOC comes at a time when it is already understaffed and overbooked with a growing backlog of discrimination complaints. Staffing levels have been cut by almost a third since 2000. The backlog of unresolved complaints ballooned to almost 74,000 cases in the 2008 fiscal year, a 35 percent jump from the previous year, according to EEOC statistics.

Barbara Brown, chair of the ABA’s Labor and Em­ploy­ment Law Section, doesn’t think there will be a large number of EEOC complaints under GINA in the near future because many companies don’t collect genetic information. But the impact may be greater for health insurers.

Employers will need to update personnel policies and educate supervisors to prevent violations of the new law, says Brown, who chairs the Washington, D.C., office of Paul Hastings and represents employers in employment discrimination class actions.

The number of U.S. companies conducting medical testing of employees or new hires has been dropping, according to surveys by the American Management Asso­ciation. But the last survey in 2004 found some companies conducted tests that could violate GINA. For example, 3 percent of companies reported medical testing for breast or colon cancer, 2 percent for sickle-cell anemia and 1 percent for Huntington’s disease—all of which can have genetic links. Also, 15 percent of companies collected family medical histories, which can reveal hereditary genetic predispositions for some diseases.

A 2004 study by the National Partnership for Women & Families included a handful of examples from people who alleged they were denied health insurance coverage for themselves or their children because of genetic test results. One woman also claimed she was fired after her employer learned that her mother had died from Huntington’s disease.

The EEOC has little experience regulating genetic information, except for one notable case. In 2001, the commission filed its first lawsuit challenging genetic testing in a case in the Eastern District of Wisconsin that was settled for $2.2 million by the Burlington North­ern and Santa Fe Railway Co.

The EEOC alleged the company had violated the ADA by requiring dozens of employees to provide blood samples in medical exams after they submitted claims for work-related carpal tunnel syndrome. The blood was used in secret tests to identify a possible genetic predisposition for carpal tunnel syndrome, the commission claimed in EEOC v. Burlington Northern and Santa Fe Railway Co.

“The commission takes the position that basing employment decisions on genetic testing violates the ADA,” then-EEOC Commissioner Paul Steven Miller said when the suit was filed in 2001. “Any test which purports to predict future disabilities, whether or not it is accurate, is unlikely to be relevant to the employee’s present ability to perform his or her job.”

Burlington Northern agreed to end the genetic testing and destroy the test results. A similar case would now fall under GINA, not the ADA.

The findings by Congress listed in GINA mention a 1998 ruling by the San Francisco-based 9th U.S. Circuit Court of Appeals in a civil rights lawsuit against Law­rence Berkeley Laboratory. After receiving a right-to-sue letter from the EEOC, seven clerical workers filed suit against the lab, claiming they and hundreds of other lab em­ployees and new hires were required to take medical exams that included secret testing for syphilis.

The 9th Circuit ruled that the laboratory had violated the plaintiffs’ constitutional privacy rights and Fourth Amendment rights, and it reversed summary judgment for the lab on several counts. “One can think of few subject areas more personal and more likely to implicate privacy interests than that of one’s health or genetic makeup,” the unanimous decision stated.

Karen Elliott, an employment law attorney with Gregory Kaplan in Richmond, Va., told the EEOC at its Feb. 25 meeting that clear examples need to be provided in the GINA regulations to clarify six exceptions that permit lawful acquisition of genetic information, including when an employee submits such information for a voluntary wellness program, for a request for accommodation under the ADA, or for a request for leave under the Family and Medical Leave Act. A “water cooler” exception allows for conversations between managers and employees where genetic information may be inadvertently revealed. Forensic labs engaged in DNA collection or human remains identification are exempted, as are instances of genetic monitoring of toxic substances in the workplace if employees provide voluntary consent for the tests.

The EEOC also is seeking public comment on an exception about media reports, such as an employer discovering an employee’s genetic predisposition for breast cancer in an article profiling women with a family his­tory of the disease. The EEOC has asked whether genetic information gleaned from personal websites and social net­working sites such as Facebook and MySpace should be included in the exception.

“Employers need to know what they need to do. They want to stay out of court,” Elliott told the EEOC. “They don’t want an attorney saying maybe this or maybe that. They want a yes or no.”