The Lowdown on LPM: System Stirs Buzz, But Does it have Bite? 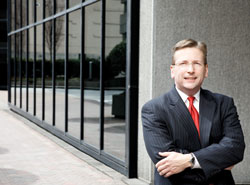 LPM, also known as legal project management, may be the buzzword of the moment—at least in law departments and legal consultant meetings. But is LPM a new solution, a well-tried tool or just irrelevant for outside law firms? Opinions vary. Before LPM can force the paradigm shift some predict, there must be a basic understanding of what it is. Yet definitions also vary. Most focus on managing matters more efficiently, but others highlight better budgeting or offering alternate fee arrangements.

It’s “the application of project management tools and techniques to legal matters to better manage matters for the delivery of projects on time and on budget,” explains Grant Collingsworth, an Atlanta-based partner at Morris, Manning & Martin, which began using the project tool in 2004.

However, legal project management, budgeting and alternate fee arrangements are intertwined. “One reason LPM has become such an important conversation is because if you can do it well, the fees more naturally flow from your better understanding of the most efficient and natural way to do the work,” says Susan Hackett, senior vice president and general counsel of the Association of Corporate Counsel in Washington, D.C.

Hackett says setting fees for a matter without evaluating and planning is like the old Johnny Carson skit “Carnac the Magnificent.” “Carnac would hold a sealed envelope to his forehead and give you the answer to the question in the envelope,” she recalls. “For people trying to put together alternate fee arrangements without going through LPM, they’re holding an envelope to their head and guessing what’s inside, which is just crazy.

“There’s no way anybody can have an accurate assessment of what a matter will cost without disaggregating it and determining what defines success, what defines efficiency at each stage, budgeting it—all that stuff.”

How many firms have adopted the system? There are no reported statistics, but Michael P. Downey, a partner at Hinshaw & Culbertson in St. Louis and an officer in the ABA’s Law Practice Management Section, estimates that it’s a “small percentage.”

Nineteen BigLaw firms declined to be interviewed for this article. Why the resistance? Some lawyers reject LPM because it devours nonreimbursable time.

“LPM takes a lot of administrative time, and I don’t get paid for that,” contends Donald A. DeLong, a solo in Southfield, Mich. “A lot of the advice LPM consultants are giving might work very well for a large firm that has a lot of administrative staff that’s going to do 90 percent of the information-gathering that goes into LPM plans. I could spend 20 hours doing a practice management plan for a merger, but I do only two mergers a year. With a bigger firm, where you’re spreading that cost over 100 deals, it makes sense.”

Others contend that legal project management is nothing new. “This term LPM has become a buzzword in the last 18 months, chiefly bantered about by consultants saying this is new and something lawyers need to focus on,” says John Q. Lewis, a Cleveland-based litigation partner at Jones Day.

“I’m a skeptic. I think lawyers who’ve successfully represented clients in complex litigation have been employing most of the concepts in project management—the organization, understanding your budgeting needs and so on—forever. I don’t think there’s anything new in it.”

But Collingsworth doubts most attorneys are as skilled in matter management as they profess. “There are some lawyers who manage things very well,” he says. “It’s not my experience that that’s the majority of the legal profession.”

Collingsworth says he’s received more troubling feedback. “I’ve heard the occasional comment: ‘All you’ve managed to do is turn a $200,000 project into a $100,000 project,’ ” he recounts. “My response is that if your business model is to overcharge clients, I don’t think that’s a viable model.”

Despite criticism, Russ Haskin, LexisNexis director of consulting and business of law services for its Redwood Analytics Division, says use of the system will grow because lawyers who don’t adopt it will look foolish.

“There are definitely law firms doing this and doing it right,” he says. “They’re going to new clients and saying, ‘Here’s a road map of the engagement, and here are five different ways we can price it. You pick.’

“If you go there with all your ducks in a row, the next law firm that pitches the matter on a billable-hour basis or with a lowball fixed fee will raise flags because that analysis isn’t there.”

Whatever the reason, Hackett says,“We’re seeing a lot of interest—probably a disproportionate amount—from law firms wanting to make sure that when clients come to them saying they want a firm with LPM skills, they can say, ‘That’s us!’ ”