The Switch to Smaller 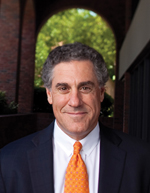 With a lawsuit to litigate against its former CEO, a class action to defend and myriad other legal matters, Natural Health Trends was struggling to pay the large Wall Street and Texas firms that were handling its legal work.

In the last couple years, Gary Wallace, in-house counsel for the Dallas-based e-commerce company, began switching the work to small and midsize local law firms. Last month he transferred his IP and trademark work from a top Dallas firm to Greg Carr, who runs a two-lawyer firm in the city.

“One of the lawyers I left, her rate was $550 an hour,” Wallace says. “My new lawyer’s rate is $325 an hour. I’m finding there are some very good lawyers in the small firms that don’t cost as much, and they are more willing to work out an alternative fee arrangement, too.”

Wallace is not alone.

Companies and their corporate counsel, under extreme pressure to lower legal costs as the economy sputters, have been increas­ingly turning to midsize and small law firms to handle outside legal work. That includes Fortune 500 companies that previously wouldn’t be caught dead associating with anyone who wasn’t from a BigLaw or Wall Street firm.

Corporate counsel for companies like DuPont and Wal-Mart Stores Inc. have been publicly boasting of their switch to midsize firms, with DuPont claiming a full two-thirds of its outside lawyers now work for middle-tier firms.

The companies are saving up to $250 an hour in legal fees—that can translate into millions of dollars annually for some—in addition to which they get the services of experienced lawyers and partners rather than young associates.

According to the recently released BTI Premium Practices Forecast 2009 Survey of Corporate Legal Spending, small and midsize firms increased their presence on corporate “short lists” from 24.5 percent to 38.2 percent in 2008.

“What we’re looking at is a revolution in the law firm model,” says Susan Hackett, senior vice president and general counsel at the Associ­ation of Corporate Counsel in Washington, D.C. “The fancy artwork doesn’t matter much anymore. It doesn’t matter if someone is working at home in their fuzzy slippers. The corporate counsel want more value.”

The trend is proving a boon to established small and midsize firms, and many lawyers laid off from major firms are opening their own shops and taking their clients (who are often thrilled to keep the lawyer at a much reduced rate) with them.

That was the case with Glen Waldman. The Coconut Grove, Fla., lawyer left Miami law firm Bilzin Sumberg Baena Price & Axelrod four months ago to open his own four-lawyer shop, Heller Waldman. He says AlphaStaff, one of the nation’s largest payroll outsourcing and processing companies, could not afford his fees at Bilzin Sumberg, roughly $500 an hour and nonnegotiable. But AlphaStaff recently rehired him after learning he left the 100-lawyer firm.

Waldman declines to state his current fees, but says he can negotiate on a case-by-case basis.

“With the lower overhead, you can do very well,” Waldman explains. “At big firms they have to feed a huge machine. There is very little flexibility.”

John Sumberg, managing partner of Bilzin Sumberg, would not comment on specific clients. but noted rates in general differ based on the complexity of the work. “We think our rates are competitive in the commercial community and South Florida,” he says.

Kleinbard Bell & Brecker, an 18-lawyer Philadelphia firm, has also landed some big fish as of late, including Pennsylvania Real Estate Invest­ment Trust, one of the largest shopping mall developers in the country; grocery chain A&P and Nutri­systems.

“We try to make it clear that we are people who have left the large firm and want to provide legal services in a more efficient way,” he says. “We don’t hire associates out of law school; we will wait until they are third-years to hire them. If they hire Bernie Kolodner, they get Bernie Kolodner, not people who are being trained on their dime.”

“I came here in 2004 and I’ve raised my fees every year since then and they are still lower than they were when I worked at Holland & Knight, which was $435 an hour,” Hagen says. “We are a transactional firm and we haven’t really seen a drop in revenues this year, while the big firms are starving.”

Still, Hagen and others point out, there likely always will be a place for the megafirm. Who else could quickly throw 30 hungry associates at a matter or handle the General Motors bankruptcy other than BigLaw?