Third-party financing is growing, and lawyers are big players 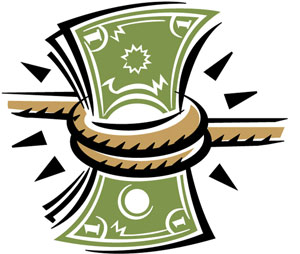 Lawyers have used a lot of bad words to describe litigation funding over the years—words such as champerty and maintenance. These and other terms were created hundreds of years ago to describe third parties who finance litigation for personal gain.

But today, startups like Mighty make it possible for investors to bankroll personal injury lawsuits. And according to the company, one of the most enthusiastic groups of investors in lawsuits is lawyers.

Law is “one of the only professions that has not been able to invest in [its] area of expertise,” says Mighty CEO and co-founder Joshua Schwadron. “Investing in litigation finance is pretty much the only opportunity for [lawyers] to do just that.”

Investors of all types have found an opportunity to make money through third-party litigation funding, where money is advanced to a law firm or plaintiff, and the funder takes an agreed-upon cut of the winnings.

“There has been a ton of new money coming into this space,” says Jay Greenberg, CEO and co-founder of LexShares Inc., a legal crowdfunding company. “But in terms of maturity, the industry is still very much in the early days, the Wild West phase.”

POWER TO THE PLAINTIFF

Mighty, which secured $5.25 million in funding last year, claims that by allowing investors to put money directly into lawsuits, it is giving litigants a chance to pursue matters when they would otherwise have to settle.

“What we’re really providing people with is time,” says Schwadron. “The day an injury happens, an asset is created in the form of a future, expected settlement. We use that asset to get them funding so that they can see a matter through to the end.”

Meanwhile, there is a scramble for dominance among top commercial litigation financers, who have raised hundreds of millions of dollars to underwrite large-scale corporate litigation.

“We have found that commercial financing bridges a mismatch between the litigation life cycle and a law firm’s business cycle,” says Jonathan Molot, who co-founded Burford Capital and serves as its chief investment officer. “Law firms have commitments and operational needs that can’t be met if they have to finance large-scale litigation.”

Critics have argued that litigation financing violates the centuries-old common-law standards against uninterested parties supporting a litigant. However, the ABA Commission on Ethics 20/20’s white paper of February 2012 concluded that “shifts away from older legal doctrines such as champerty, and society’s embrace of credit as a financial tool, have paved the way for a litigation financing industry that appears poised to continue to grow.”

More recently, in Miller U.K. Ltd. v. Caterpillar Inc., the court found that “the hoary doctrines of maintenance and champerty” did not apply to modern litigation financing. However, the opinion did suggest that legislators should regulate the practice, noting that a judge ought not “succumb to the temptation to substitute his own ‘incandescent conscience’ for the will of the legislature.”

Meanwhile, business is booming. Chicago-based Gerchen Keller Capital launched its $100 million fund in April 2013. It recently announced it now has $1.4 billion under management and received $410 million in new investor commitments that will be deployed in early- to appellate-stage litigation. Burford Capital announced a $45 million deal to finance an entire portfolio of pending litigation of an unnamed U.K.-based company. And Mighty says it has provided funding to more than 1,000 lawsuits in its short existence.

There have been a few setbacks: Juridica Investments Ltd., a pioneer in the business, halted new case investments last November and cut costs in the wake of courtroom setbacks. And in 2011, an American plaintiffs attorney, Steven Donziger, won a multibillion-dollar judgment against Chevron in Ecuador, a lawsuit financed by several investment firms. However, that case has fallen apart as Donziger faces racketeering, conspiracy, bribery and other charges.

IN IT FOR THE MONEY?

Providing financing to make litigation affordable to litigants does not often provide relief to lower-income Americans whose injury claims are unduly delayed by slow-moving courts and recalcitrant insurers.

“My difficulty is that we don’t need to pour more money into a broken system,” says Jordan Furlong, a partner with Edge International who is based in Ottawa, Canada, and has written about financing in litigation. “We have a seriously sick system and all we’re doing is putting a bandage on a hemorrhaging wound.”

Furlong argues that the legal system should find ways to streamline and reduce unnecessary steps that drag out matters and inflate costs. “If you serve the interests of an investor,” he says, “the financier can choose to pull the plug when they achieve maximum profitability for shareholders, not necessarily when justice is served.”

Furlong suggests that financing tends to paper over systemic issues in the legal system, but proponents say that given time and capital, it will change the litigation landscape.

“The biggest challenge we face is education,” says Greenberg. “I’m convinced that as more litigants realize financing their case is an option, it will change the calculations that force most people to settle cases.”

This article originally appeared in the July 2016 issue of the ABA Journal with this headline: “Courting Investments: Third-party financing is growing, and lawyers are big players.”