Charlotte School of Law not alone in facing an uncertain future 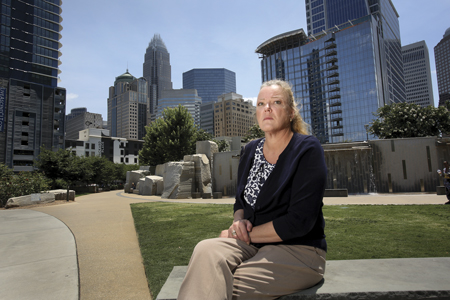 Barbara Strang: “I had a couple of interviews, and when people talked to me about where I went to law school, they cringed.” Photo by Albert Dickson

For 15 years, Barbara Strang worked for the state of North Carolina, mostly in indigent services, investigating capital murder cases. She grew up with a father who practiced criminal defense law. Becoming a lawyer, she thought, would be a good career change.

The 2015 graduate of the Charlotte School of Law—which was placed on probation by the ABA last November for being out of compliance with admissions standards and then lost access to federal student loan money—has yet to find out whether that’s true. She failed the bar exam and hasn’t retaken it, mostly because she’s not sure that the time and money would be worth it.

“I had a couple of interviews, and when people talked to me about where I went to law school, they cringed,” says Strang, who now works in due diligence with a Wells Fargo credit investigations group. She enjoys the work but says her wages aren’t enough to live comfortably and pay back the more than $200,000 in law school loans that she owes.

She and other CSL graduates are seeking federal loan forgiveness, which is a possibility—if the for-profit law school goes out of business. While that’s still to be determined, the grads don’t have to make payments. But the interest continues to accrue.

Last year, the Department of Education, then under the Obama administration, cut off federal loans to current CSL students. The federal loans were released at the end of the school year, but only for some students. And it’s not just the students and graduates: The law school itself is caught in a grim scenario.

Out of the country’s six for-profit law schools that have ABA accreditation, three, including Charlotte, are part of the InfiLaw System, a consortium owned by the private-equity company Sterling Partners. Arizona Summit Law School, another InfiLaw school, was put on probation by the ABA in March.

As was the case with Charlotte, the council of the ABA Section of Legal Education and Admissions to the Bar found that the Phoenix-based school was not in compliance with admissions standards based on students’ Law School Admission Test scores and undergraduate GPAs. On the LSAT scale from 120 to 180, Charlotte’s median score was below 150 over the past five years, according to ABA data.

Arizona Summit and the third InfiLaw campus, Florida Coastal School of Law in Jacksonville, also had median LSAT scores under 150. Florida Coastal is not on probation, but in January it was found to be out of compliance with the DOE’s debt-to-income ratio requirement placed on for-profit schools. It could lose access to law school loans if the ratio does not improve by next year.

All the InfiLaw schools have announced actual or planned affiliation agreements with nonprofit universities in the past year. Whether they come to fruition remains to be seen. As of mid-June, when most students are gearing up for fall classes, the CSL website said no applications for the summer or fall terms were being accepted.

Also in June, the University of North Carolina’s board of governors committee, which handles state authorization and licensure for nonpublic institutions that grant post-secondary degrees, found that Charlotte is not in compliance with state standards regarding financial resources, planning or stability.

As a condition of its state license, the decision states, the law school must submit an ABA-approved teach-out or remedial plan no later than Aug. 10. Also, the decision directs the law school to admit no new students, and it must obtain a tuition guaranty bond of at least the equal amount of the prepaid tuition from students who may participate in the proposed teach-out plan.

Perhaps somewhat surprisingly, Charlotte characterized the state finding as “largely positive” in a press release, and it claimed that it planned to continue pursuing participation in the federal loan program and its ABA accreditation.

The Charlotte School of Law. Photo by Albert Dickson.

Charlotte and its sister law schools might seem like outliers, but they are not. A surge of problems has swept over these campuses—a stagnant job market for new lawyers, growing concern about law school costs and onerous student debt, disappointing bar passage rates, declining law school applications, and allegations of reduced entrance standards to fill law school seats. The surge is hitting many law schools, both public and private.

Two nonprofit law schools, at Indiana Tech and Whittier College, have announced they are closing—Indiana Tech’s closed in June. It’s something that was undreamed of when law school was so popular that some universities used some of their law school tuition income to help finance the rest of their programs.

ABA employment data shows that 61.8 percent of people who graduated from accredited law schools in 2016 had full-time, long-term jobs that required a JD 10 months after graduation.

Although the need for change is clear, little is being done. Perhaps that’s due to self-interest, some critics say, speculating that for-profit law school boards are only interested in maximizing profits. Some also accuse nonprofit law school faculty and administrators of fighting change to maintain their status quo.

“The idea that nonprofit law schools aren’t as interested in profits as for-profit law schools is not accurate,” says Clare McCann, a senior policy analyst with the political think tank New America in its Washington, D.C., office. “These problems exist in all sectors, and there’s some really questionable behavior from institutions that are struggling to keep the doors open.” Previously a senior policy adviser with the DOE during the Obama administration, McCann worked on issues that included law school accreditation.

Paul Campos, a professor at the University of Colorado at Boulder Law School, predicts that five to 10 law schools will join those once part of Indiana Tech and Whittier by closing in the next few years. Comparing law schools’ listed tuition prices with grants and scholarships given, he found that between 2011 and 2015, tuition revenue decreased by 30 percent.

Campos says there’s now a comparison to be made between car dealerships and law school admissions offices. “At many schools, you’re a sucker if you pay full tuition,” he says. “They’re basically saying: ‘What do I need to do to put you in a law school seat today?’ ” 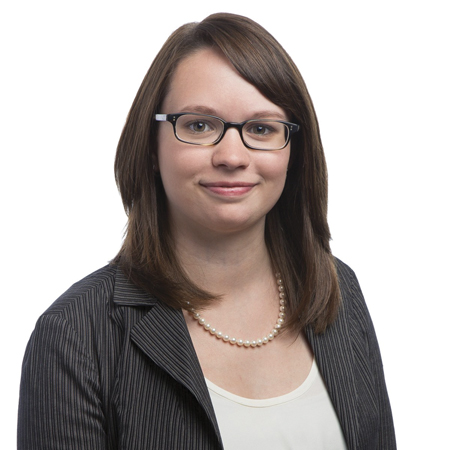 Even as difficult as it’s been since the law school bubble burst, “it still seems there are enough people who will go to law school and pay high tuition—as long as they get student loans,” says law professor James E. Moliterno of Washington and Lee University, “even when statistics tell them the chances of getting the kind of employment to pay those loans back is pretty small.” Moliterno is the author of The American Legal Profession in Crisis: Resistance and Responses to Change, a book released in 2013.

There are questions about how the Trump administration’s Department of Education will view Charlotte in its fight for federal funding. For-profit colleges tend to do better in Republican administrations, says David J. Deming, a professor at the Harvard Kennedy School. But it’s been hard to predict what will happen with the current president.

The DOE’s acting general counsel suggested in March that Charlotte apply for reinstatement of federal student aid, according to an April 14 letter that Chidi Ogene, the school’s president, sent to Education Secretary Betsy DeVos.

The department released the second disbursement of direct loan funds to the school on May 5, a DOE spokesperson told the ABA Journal. Only students with fall-spring financial packages received the funds, according to students. Those who attended summer school had three choices: Pay spring semester tuition out of pocket, withdraw from classes by May 9, or take a zero-interest institutional loan from the law school.

The institutional loans could not be consolidated with federal loans and could raise a recipient’s monthly payment by more than 50 percent. The law school’s website lists annual, full-time tuition as $42,320.

R. Lee Robertson Jr., president of the Charlotte School of Law Alumni Association, is hopeful that the release of the federal loans is a signal that the school will remain open indefinitely. To others, that sounds like a nightmare. The school’s North Carolina bar passage rate for the February exam was 25 percent. Also, the state attorney general’s office recently announced it was investigating the law school for civil fraud.

In its 2016 notice to Charlotte, the DOE accused the school of being dishonest with current and potential students about its ABA accreditation status, which is why the department pulled its access to federal loan money. When contacted by the Journal in April, M. Victoria Taylor, a Charlotte spokeswoman, said the school was not giving interviews.

This article appeared in the August 2017 issue of the ABA Journal with the headline "Troubled Passage: Charlotte School of Law faces an uncertain future, but it is not alone."